RESOLVING THE BATTLE OF THE STAR NATIONS
A+ A A- 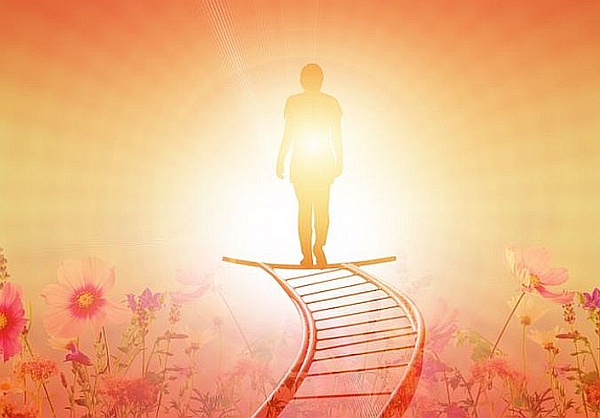 There a lot of comings and goings on this planet.  Births and deaths alike.  It seems to work well, in order to keep the population balanced, and so that souls, at some point, can shed their human expressions.

Humans were never intended to live indefinitely.  After awhile, the soul can get stuck in a particular personality and consciousness.  Often the only time it can break free from that focus is to leave.

Souls tend to come back quickly into human form, and even more so now.  In between lives, they spend less time evaluating their lives and what they want to do next time around, and just come back quickly.  And usually within the same family circle.

it tends to become very stagnant for a soul who tries to resolve all the same issues over and over again.

Earth is a gem in the universe, where souls can come lifetime after lifetime and have the most in-depth experiences.  It’s one of the most accelerated paths a soul can choose.  They get to experience themselves in a slowed-down way.  They learn how to use energy to create their experiences.  So much wisdom is gleaned here and brought back home.

And then, with the awakening, they decide to bring home right here, into the physical expression, instead of waiting to die to get back to the joy of their eternal self.

Most humans are not choosing their death, or transition into non physical on a conscious level.  But unconsciously, they do make the choice.  They do end up leaving when it is their time.  They may contract a deadly disease, have a heart attack, fall off a cliff, take their own life in suicide.  Some go peacefully in their sleep.

People say things like, “They died so young.  They died senselessly, tragically.”  They talk as if they had no control over their own transition.  There is a lot of misunderstandings about death.

Many children leave early because they only want to be here a limited amount of time.

Many religious folks are afraid to die because they fear going to hell for being a bad Christian here on earth.  Atheists fear death because, well, why would they want to die if they believe there is nothing there?  Nothingness is definitely a deal-breaker.

So, death or even the subject itself is avoided.

Look at the rituals around the deceased.  Funerals for instance. They are primarily for those left behind, not really so much for the dearly departed.  They are mourned more than celebrated.

Yet the transition is a celebration.  It is a beautiful experience.  It’s nothing to be feared.

Many of us, as we become awake, and conscious beings, are not so much afraid of death.  We are more afraid of being here without our sense of freedom, or health and well-being, than we are of transitioning back to our natural state of joy.

It’s interesting that convicts are given the death penalty, as if that is the worst of punishments.  They don’t understood that it’s the best way to free that human.  They are setting them free to go back home.  There’re literally giving them a get out of jail free card.

So, as we awaken, we can more consciously choose how and when we want to transition.    We don’t have to contract a deadly disease.  We can give the signal to our soul that we want to end our human expression.  We need only come to peace with our decision.

Some believe it’s not up to the human, and that we are at the mercy of our soul.  Yet, our soul would never inflict or impose upon its human counterpart anything the human does not want.

There are some highly qualified humans who assist those transitioning so that their souls can be more easily guided after death, into the other realms.  There is some congestion in the non-physical, in the astral realms.  Many souls, usually less experienced ones, end up staying in those realms closest to the earth after death.  They are usually unsettled, have not let go of their earthly life, and are wandering around feeling lost.

It’s what many sensitive folks see and sense as ghosts, and apparitions.  Lost, wandering souls.

But, as we evolve as souls, and come to a place of our awakening, we are not connecting with the lower vibrational souls.  We don’t try to tap into the astral realms so much.  Yet, our own radiance can have a positive effect upon them.  We don’t just assist the living, but the dead, with our light and our wisdom.  No forcing, just radiating.  Just being in our joy.

it can assist them to let go of their hold on the physical, and move onto the higher realms.

Traveling the path of ascension can be very scary and lonely, considering there is no support from the collective consciousness on the planet.  But when we leave this place, we are supported  in the grandest of ways, and honored and celebrated for our courage, by those in the other realms.

By our spiritual families, by our ancestors, mom and dad, if they transitioned before us, by Yeshua, Michael, and millions of other entities.

Talking about death can be uncomfortable, even for those of us who know there is no death.   But it’s good to air out the topic occasionally, dispelling any myths and misunderstandings around it, so we can more fully live life.

Image credit Pixabay.com
© Copyright 2020 Maria Chambers, all rights reserved. Please feel free to share this content with others but maintain the article’s integrity by copying it unaltered and by including the author and source website link: Maria Chambers. source

Daily Angel Message: Its About Faith

Multi-Dimensional NEW Earth Light Letter: Thank You for Your Service as Light

Learning Discernment - Teachings of The Masters

We have 1175 guests and no members online