Celebrate You
A+ A A- 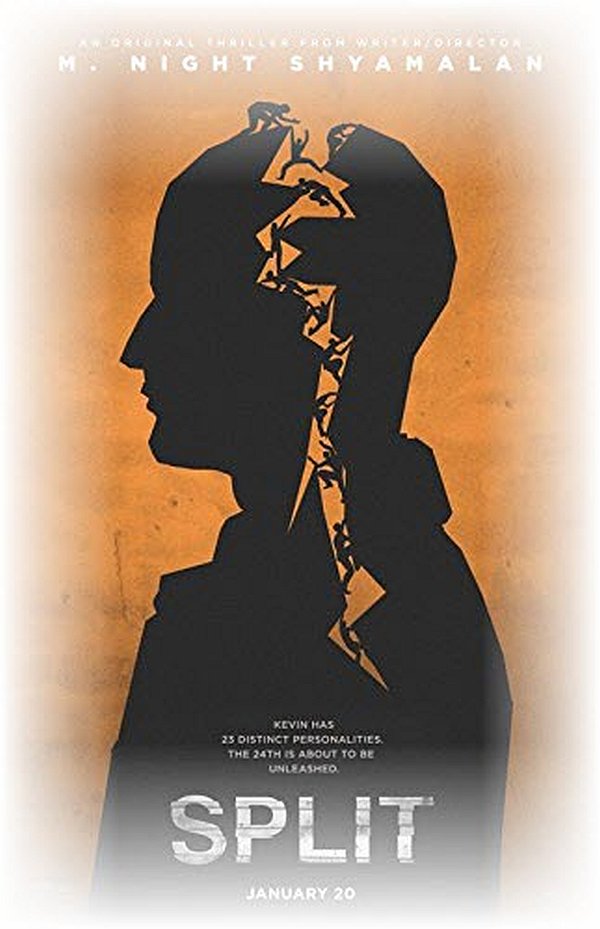 I recently watched an interesting film called Split about a man with dissociative identity disorder, brilliantly played by James McAvoy. It showed how emotional and physical trauma can cause aspects of the psyche to split off into independent identities, all of them displaying unique personalities and (fascinatingly to me as a holistic healer) physiologies. Some are male, some are female. One may smoke while another is a health fanatic and yet another has to inject insulin to control diabetes.

The film showed an extreme example of imbalance that ultimately led to criminal behaviour, but what many people aren’t aware of is that even in a healthy psyche this sort of separation is present to some extent. However, in normal circumstances all aspects, also often called archetypes or sub-personalities, are well integrated as a group and able to work together for the good of the whole person. Different aspects seamlessly and temporarily take it in turns to step forward and take the lead in situations where their capabilities are most appropriate.

So it is that a usually quiet and meek person, when feeling threatened themselves or seeing a loved one in danger, can become a surprisingly courageous and ferocious warrior. It’s also why you can sometimes get triggered into what seems and feels like an over-dramatic emotional response to something quite minor. It’s a sign that whatever happened has touched upon an unresolved wound for one of your aspects. It’s often the inner child that we notice most here, wondering why we appear to have totally lost all our adult faculties and just want to run away or burst into tears! This is because we often have many inner child aspects who remain stuck at the age at which they experienced an emotional or physical trauma that they were unable to process fully at the time.

At this point it’s also worth noting that as with everything involving being human, there are polarities in each archetype. Each one can present both light and dark attributes, depending on how balanced you are in working with its energy.

There are many different maps for this inner world of aspects and archetypes, but I’m going to share with you the basic one that I often work with for the purpose of healing (both myself and clients). It uses the image of a compass, with a different archetype sitting at each directional point on it. I’ll give you a brief explanation of what each one represents, and then I’m going to continue in a series of blog posts to look at each one in more detail.

Self
The Self sits in the centre, and should be the fully integrated and harmonious “sum of the whole”; the safe and strong container of all the other archetypes. If aspects isolate themselves due to trauma, they can vie for and grab control independently in way that’s unhelpful way for you. Healing is required to reintegrate them with the whole Self.

Shadow
Sitting in the North, the Shadow represents all those qualities you don’t like about yourself or believe are unacceptable and unlovable, so you keep them suppressed and well under wraps. It also holds all the talents and abilities that you have not recognised, developed or honoured within yourself.

Guide
The Guide represents the part of you that just knows, your innate wisdom gained through many lifetimes. I see it as closely associated with your intuition and gut instincts. From its position in the North East, it steers you on your soul path through life.

Healer
In the East, the Healer represents the desire and ability to heal all hurt and pain and bring about well-ness and balance of body, mind and spirit.

Observer
The Observer is best described as the unhelpful inner commentary running in your mind as you go about your daily life. It sits in the South East, watching closely and criticising everything you do and how you do it.

Persona
In the South, the Persona is the mask that you present to the world; the one that you’ve learned is acceptable to society and most likely to gain you love and approval. It can often be very different indeed from who you really are.

Mother
As you might expect, the Mother archetype is heavily influenced by your relationship with, and the example set by, your own mother. In the South West, this aspect influences how you care for and nurture yourself and others, and your relationship with feminine, creative energy (including maternal ancestral themes).

Child
Everyone has many different Child archetypes, as none of us manage to get to adulthood without some childhood wounding along the way. Sitting in the West, each Child will present, feel and act according to the age it was when the trauma occurred.

Father
In the same way as the Mother, but from the North West, the Father archetype is heavily shaped by your relationship with, and the example set by, your own father. This aspect influences how you achieve and manifest in the world, and your relationship with male, authoritative energy (including paternal ancestral themes).

This is a very brief introduction, but just by reading down the list most of you will probably be able to identify an archetype that you find particularly challenging. Archetypes offer us an effective way to understand and address our wounding more easily. In healing our inner world, we give loving attention to each of the archetypes, offering the support and understanding that they need. We want them to feel safe enough to re-integrate with the Self and become a fully functioning part of the whole again.