Mass Hypnosis
A+ A A- 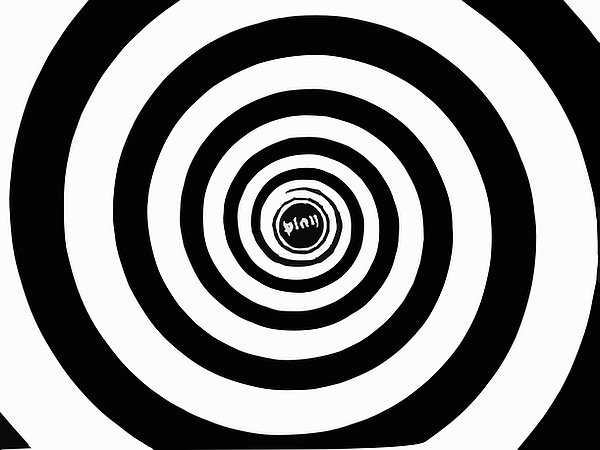 I watched a hypnotist convince an ordinary man that he was a skilled surgeon, and that he was about to perform a life-saving operation on an eggplant.  It was interesting to watch the man’s demeanor change so radically, and his brow begin to sweat as he started carving into the vegetable with a plastic knife.

In that moment he absolutely believed that the purple produce was someone’s brain.

And we know there is hypnosis happening regularly and most people are unaware of it.  The human mind has been conditioned to follow patterns of behavior, of thought, and emotions.

The body follows patterns of disease.

In the world outside our door, humans are conditioned by patterns of fear, mostly.  They are systematically convinced that the world is a lackful and dangerous place.  You better take your vitamins, wear your seat belt, work hard, eat right, exercise, find a mate, protect your property.

But how much joy do these activities give people?  It’s the acting out of survival fears, sprinkled with a little bit of beer and pizza on weekends.

When the mind is allowed to it will go to extremes to try to protect the human.  It takes for granted that the fears are real.  Some are, of course, and are in place for self-preservation.

Generally we don’t walk in front of a moving bus, or place our hand on a hot stove.  Not spending several hours in the sun, wearing warm clothes in winter, etc.

But some actions are motivated by irrational fears.  Stockpiling guns and semi automatic weapons in case of a government attack.  Voting for someone who promises to protect them from gays, Muslims, Blacks, Mexicans, Honduran refugees, and ambitious women.

Their minds have actually convinced them they are the victims, and must be protected at all costs.  A scenario not too different from our eggplant-dissecting friend.

But it’s not just the extremists that are subjects of their own self-deception.  Many people, from all walks of life, make choices from their emotional center, and believe they also need protection from potential hostile takeovers.

The fear of being replaced by these groups, genders or races seems absurd to us, but to them they see a real threat.  They rabidly support narcissistic, authoritarian leaders, whose own lack of ethical standards is not a problem for them.  They will stand by their man no matter what, as long as he promises to protect them.

It reminds me of an abusive father, or husband.  To the supporter, or the enabler, he may not really be able to protect them, and in fact, there is really nothing to fear, but the familiar wins the day.

They are used to patterns of abuse, and patterns of fear, and they continue the patterns and behaviors because they are terrified of change.

Change requires them all to self-reflect.  To look within, to face the fears, and to love themself and forgive themself.  Not that they have done anything wrong, but deep within they feel guilt and shame.

Anything not acknowledged within the self is invariably projected outward.

Change means patterns must be broken, released, dissolved.  And it’s what we are doing over here in ascension-land.  It’s why our lives have been turned upside down and inside out.

The most challenging aspect of this process is releasing the grip of our mind.

The mind is not the enemy.  But it sees enemies everywhere.  It’s done a good job of orchestrating our life considering it hasn’t had the benefit of our soul as much as it’s beginning to have now.

A strong pattern in mass consciousness is the need to belong.  The human needs to feel part of a community, or group, and without that sense of belonging, that human can go into deep depression or worse.  They can become mentally unhinged.

But, in the later stages of ascension there is the realization that we are not going back into a soft, fluffy oneness.  In fact, we are becoming sovereign.  We are moving out of group think.

Most of us never really fit in, but we did try.

The difference now is we are getting that we were never supposed to fit in.  We are dissolving patterns, hypnosis, and it will leave us disconcerted for awhile.  It’s an entirely new operating system.

On top of that, we are moving beyond time, and even space, as we have known it.  Talk about disoriented!  But you have probably noticed that things don’t line up the way they used to,  Time is more flexible.  Space feel differently.  One minute you feel heavy, the next, buoyant.

There is an effortlessness, an ease that begins to take the place of trying, and struggling for things.

It took me a long time to realize that there is nothing wrong with me.  It’s the rest of humanity that has the problem.  I jest, kind of.

It also took me awhile to recognize that I’m not going to figure this out.  My mind was not designed to do that.  It’s a matter of allowing this natural process to dissolve the patterns, and the hypnosis, and it’s doing that.  It really is.

Suddenly I have a craving for eggplant Parmesan.