The Only Way Out Is In 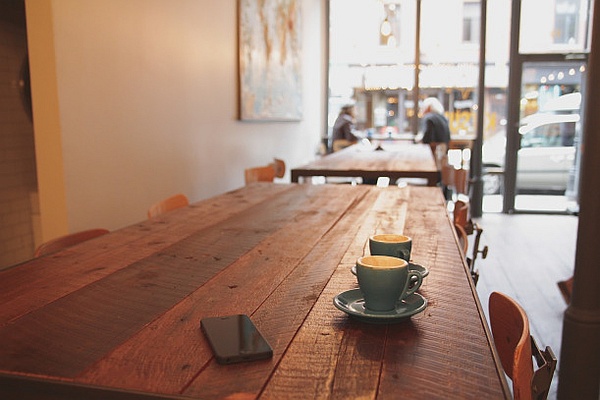 This morning at Starbucks a man who I know, who has been coming here as long as I have, and who is here every day, said he was feeling particularly lonely.  We don’t sit and have long conversations with each other, but we catch a few words with each other now and then.

From time to time, he tells me he gets job offers out-of-state, but is reluctant to take them because he says that he has it good now.  He is his own boss, and has freedoms he wouldn’t if he worked for someone else.  But, he confessed, he was bored.  And often lonely.  That most people didn’t get where he was coming from.  And that “There has to be more than this.”

And, of course it was a great segue to my, ‘Yes, there is more.  The boredom and loneliness are an invitation for you to go within.”  And so we had a brief discussion on that concept.  But I could see that he was resistant to it, and still thought maybe he was just stalling on pursuing a new career, and relocating.

And, of course, maybe that was true.  We all fear new experiences, even if they will be good ones in the long run.  Change is scarey.

But, I sensed that he was beginning his own awakening.  He just wasn’t aware of it yet.  But there is a part of him that knows, even if he moved across the country, and took a new job, he would still be contending with that feeling of loneliness.  It will follow him.

He has enough awareness now to know that no job or money or possessions are going to fulfill him on that deeper level.

So, after he left the coffee shop this morning, I started to feel a deep sadness, and very lonely myself, to the point of shedding some tears.  Not typical for me these days.  But, I had to wonder, was I picking up on his sadness, because he certainly was feeling it.

At one point in the conversation he talked about how the Catholic Church promoted sexual abuse because so many men repressed their own feelings and in many cases even their own homosexuality.

He may have been trying to share with me his own concerns about repressing his own emotions.  Projection is typical when we are not owning our own feelings.

An interesting thing about projection, though, is that as we move deeper into our awakening, we project less and less.  We become more clear, and that clarity has no need to reflect anymore.

We discover that most of the emotions we did feel, the darker ones, were picked up along the way, either through our ancestry, or mass consciousness.  But we also had to go through the darkness to become lighter.

To feel the sadness, the sense of abandonment, guilt, shame, and anger.  Whatever came up.

A few minutes ago, I felt that sadness intensely.  My first instinct was to scramble out of it.  I was so uncomfortable.  I tried to analyze it away.  Maybe it was his sadness I was picking up on.  And, yes, it probably was.  But I knew I wasn’t going to transmute it if I stayed in my head, analyzing where it may have come from.

So, I bit the bullet.  And, shed some tears into my coffee.  I began feeling all the times in my life that my heart felt broken.  I worried that I would never recover.  But, in short order, the emotions moved out.

Yes, it’s true what they say, the only way out is in.