Brace Yourself To Remember Your Past Lives 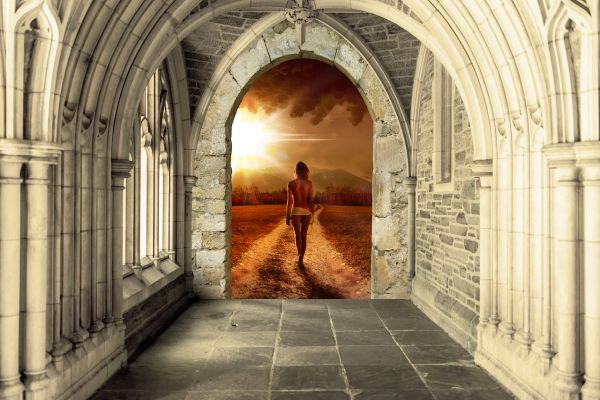 As the transition comes to its end, the awareness of those who are ready for ascension will extend to very high levels, such that it will promote the memory of all past lives. Not only the lives experienced here on Planet Earth, but also outside of it.

That preparation is taking some effort now, especially on the understanding that we were here in a school of souls. Experience in duality determines that one can indeed live with each incarnation, live now like a girl, pray like a bandit. This alternative status is what actually taught all the lessons to the students of this School.

When consciousness reaches the highest levels, and that will not take long, each soul incarnated ready for its ascension, will gratefully remember each past life. Remember that in each of them, you lived a different character. In one life he was a murderer; and in another he was murdered. One was a thief; another was stolen. One was rich; another was miserable. He was wise in one existence, and in another and stupid in another. After all, everything that one may have some sense of sense, was indeed experienced at some point in the past.

When we understand that there are no more lessons not yet experienced, we have the feeling that this school will be a part of the past. But it's not enough to just have experienced, you need to learn the lessons in your duality, that is, both in the condition of a boy and in the condition of the bandit. That's what you call duality, or polarities.

Until a short time ago, we learned that all the wrong done, one day it should be reversed, that is, suffer the same actions practiced once. Yes this is the truth But it's not a punishment as imagined. By the way, not a Karma being rescued, for if we are living the experiences that teach us what it is like to be in one condition or another, what really matters is the lesson learned.

We can compare life in 3D as a great open-air Theatre. All the souls incarnated here, live each incarnation, a different character. Nothing is real in 3D Therefore, we say that everything is nothing but an illusion. We will know indeed soon as consciousness expands.

If there is no mistake, but there is always learning, we begin to understand that even when in a past life we were the bandits, it was indeed an experience of what it would be like to live a life as such. So if I killed someone in a past life, I didn't get a Karma like I used to understand. It was a lesson learned how to be a killer. Obviously, after the unincarnation, my soul recognizes experience lived and then makes a soul plan to reincarnate and experience another polarity, that is, being murdered.

Once experienced both sides of a coin, lesson learned. Today, our conscience can already understand this. There is no mistake. there's a lesson to learn. Meanwhile, after the experience, consciousness already knows that killing someone is not necessary, because if you do, then you will be approaching the need for rescue, which is what we call negative Karma.

Understanding clearly how the rules are in this Duality School on a Third Dimension Planet, will reduce the impact or shock that many will feel when stronger events will rise their veils quickly. Remembering our actions practiced within what we understand as EVIL, it may not be pleasant at all to those who still don't understand that everything was a recording so that the Fractal of the Soul incarnated could learn the lessons minced ne This is Terrana School.

Dreams are already bringing certain metaphors that send us back to such acts and actions of pretense. But it's still not enough. We need to realize that the acts practiced when we were in the state of a bandit, is not real, but it was indeed a scene, because in 3D, nothing is real. The first lesson is always a new learner. Obviously, after this first time, the conscience already knows that we shouldn't repeat such acts because it will generate karma and the need for rescue. This is what happens today with a large portion of humanity. Even though you know you shouldn't practice certain acts, you still practice them. Later comes the consequences as we know it.

A conscience ready to rise to 5D, it will remember its past. You will remember every detail and every lesson. You will understand that there were no mistakes, but there was always a lesson in every situation. There will be no regret and no guilt. Instead, there will be in a certain way, a certain pride of yourself, because you will appreciate the performance and performance in each incarnation, even in those who played a bad role.

Before consciousness begins to remember all these details, it is necessary that each one of us should take knowledge of it. Otherwise, by seeing all this information at once, many will be in shock, even if for a certain time, enough to actually understand.

When we say that consciousness is expanding, we are also referring to that she will recognize in fact who she is and also everything she has experienced in past lives. There will also be a moment to prove the famous phrase: WE ARE THE ARCHITECTS OF OURSELVES.

Well, now we are quickly approaching the completion of learning in this Soul School. The end of a Cycle closes to start a New Era. We'll leave behind a World of Atonement and Proofs, to enter a World of Regeneration. The long-awaited Golden Age, already announces its dawn. The already announced New Time is finally starting to emerge on the horizon. The moment is of jubilee and glory, for it is also a reward for those who have done it to deserve it.

I am Vital Frosi and my mission is enlightenment.