Manifesting from Your Heart Versus from Ego
A+ A A-

May You Live In Interesting Times 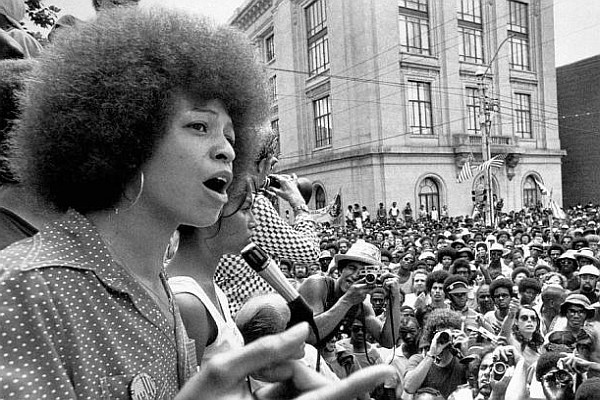 But these times we have chosen to incarnate into are far from uninteresting. And we on the forefront of the new consciousness have the home advantage of not being part of the world we live within.

We certainly feel its effects on us, and we still need to interact to a degree with it, but we are definitely not of that world anymore.

We may feel dis-impassioned, somewhat bored as we move further from the 3D world, but I don’t think any of us at this point would want to get entangled in the dynamics of the third dimensional reality we witness each day.

But we can enjoy it from afar.

I find myself more and more intrigued with the news than with any fiction I could watch or read, which seems to pale in comparison to the deep daily drama and tumultuousness taking place on the world stage.

How could there not be drama? After all, the Planet has been deeply patriarchal for….well, a very, very long time. While the female is slightly less than fifty percent of the world’s population, there has been a stunning shortage of the feminine presence.  So much so that we have, up until recently, accepted it as normal.

As the saying goes, it’s a man’s world.

I won’t go into depth about the Patriarchy, and the toxic masculine since my readers are all too familiar with it, and I have covered it in other posts. But I continue to be surprised by how much there is across the board….. in politics, social institutions, religion, business, media and just about every facet of life…..that is still deeply stuck in a patriarchal system.

I find it fascinating that some of the nicest, and most well-meaning men, when told they have some very good feminine aspects to their personality, like sensitivity and intuition, go into a knee-jerk cringe response.

I used to feel embarrassed and apologize to them for ‘insulting’ them. Now when I make the comment, which is actually meant to be a compliment, and they look at me like I just asked to borrow money, I demand an apology from them.

I have zero tolerance.

In fact I find that my tolerance level is dropping pretty rapidly when it comes to overt or thinly veiled insults toward women.

Once I was discussing with a male friend how women have felt judged, and harshly for their physical appearance, considering it’s how society has valued women.

His well-meaning response was, “You’re attractive.”

In another discussion I pointed out how misogyny is still deeply embedded in the world. And his response was, “We (men) love women.”

These days I am enjoying a solitary lifestyle.

Speaking of cringe-worthy, I too cringe when I listen to and watch the almost daily antics of our commander-in-chief, and have to wonder how he ended up as the decision maker for women and minorities, and for the LGBTQ community.

How could this have happened, after all the progress we were making?  But as I have said before, it’s evolution.  There is progress followed by backlash and fall-out.

He is not in office because he is knowledgeable, experienced, balanced, compassionate, or truly concerned for the welfare of the nation, including the welfare of those who voted for him and continue to support him..  But yet, he is the perfect candidate because he represents all that is wrong with the system and with the Patriarchy.

And sadly, as qualified as Hillary Clinton is, the country was not quite ready for feminine leadership.  They were not quite ready to see a woman in such a powerful position.

CUT TO THE CHASE

But rather than admit that truth we heard all sorts of veiled excuses, like she wasn’t totally truthful, or she was weak on the issues, or she betrayed women because she didn’t leave Bill.

And of course the Russians advanced the already existing doubts with unscrupulous, ‘fake news’ ad campaigns and Wikileaks.  The Kremlin was anxious to have someone in the position of power in the USA that would give them the leverage they wanted.

They clearly didn’t want Hillary.  Not because she was a woman, and therefore weak, as Donald alluded to when he said she didn’t have the stamina, but because she wasn’t going to give the Russian President what he wanted.

But Putin saw in Donald someone he could manipulate, since they shared similar values.  Let’s face it, there was an almost embarrassing bromance between the two potentates.  And, how long ago did Donald win the election, and yet he still obsesses over Hillary.  If someone isn’t that important you don’t keep knocking on that door.

So, looking at Hillary, at her experience, her political knowledge, her compassion for women, for children and for her devotion to serving her country, why would it be so difficult to look past some of her imperfections?  And yet, Trump’s corruption, his racism, misogyny, his homophobia and xenophobia, are not just overlooked, but in many cases glorified.  Some hard right evangelicals espouse his Presidential victory as God’s Will.

There is a powerful belief system in place that goes something like this:  the government is already corrupt, it’s already broken, so our leader needs to be corrupt in order to accomplish his goal….to protect us from the ‘others.’  So the President’s support base will certainly not care that much about corruption of power, but will see it as a necessity of the job.

And of course it’s a double standard because there would be an entirely different response if those same transgressions were levied at Obama.

THE SANCTITY OF LIFE

This administration doesn’t try to hide its misogyny, as we hear the words, women should be punished, and be made to pay criminally for choosing abortion.  For choosing what is best for her.

Astonishingly, the landmark 1973 ruling protecting womens’ reproductive rights is in the process of being overturned.  It was Trump’s campaign promise.

It’s just a long-standing reflection of what has been felt, but not voiced by many, especially those who use god to vindicate their misogyny.

Hard Right Pro-lifers use the guilt-free ‘abortion is murdering babies’ meme to conveniently control, harm and humiliate women.  So believing in the sanctity of life, no, not buying it.

Shutting down, and defunding abortion clinics, lack of paid family and maternity leave, leaving so many women vulnerable to seeking illegal and dangerous abortions, to having to give birth and all the emotional and physical complications of an unwanted pregnancy, and have to face a life she didn’t envision for herself.

Obviously the Bible-thumpers’ beliefs do not extend to the quality of life of the mother.

Patriarchy is about dominance and control.  That includes control over the environment.  The idea that Nature is here solely to serve man, not the other way around.  So it follows that polluting our waters and air is just a byproduct of that control and not worthy of our attention.  Especially if doing so would put less dollars in the pockets of business and industry.

And the current administration has replaced a woman who was devoted to the role of keeping a balance of business profits and protection of the environment and the health and well being of citizens, with someone (Who by the way is currently embroiled in scandal), who sees his job as protecting business at the expense of the health of the planet.  Needless to say, he is just serving his boss, and the Patriarchy.

It’s a failing of the Patriarchy, and shortsighted.  It’s this type of shortsightedness that would benefit from a wider perspective, that of the feminine.

It would then create a balance of profit and a healthy environment.

IF IT AIN’T WHITE, IT AIN’T RIGHT

Extremist measures to break up families in immigration raids touts the insensitivity of the toxic masculine Patriarchy.  Another veiled attempt at expressing and enacting through policy, the fear and hatred toward anyone of color.

The heartless approach to immigration needs to be tempered with compassion.

The administration’s attempts to gouge critical social programs like welfare, Medicaid, Medicare, housing assistance and food stamps, and passing tax laws that create more wealth for the big corporations and the already rich,  are just a perpetuation of patriarchal ideology.

To the toxic patriarchy, value is seen in power and wealth, so the poor remain demonized.

THE VOICES OF REASON

And of course lest we forget the Patriarchy’s need to perpetuate aggression with lax gun laws.

But it seems our young people are becoming more and more the voice of reason. When I listen to some of them speak I am brought to tears.   These humans are, at least on a third dimensional level, the new leaders, just as we on the ascension path are the leaders of the new consciousness.  It’s heartening.  They are vigilant in making sure they are taken seriously.  And they are not interested in excuses, and they are not easily intimidated.  And soon many of them will be of voting age.

So there is something going on the likes of which I haven’t seen before.  Things are being shaken up.  Cages are being rattle.  Old outdated values and prejudices are being examined and rejected.  Those who are waking up within the third dimension are emerging from the toxic Patriarchy.  Women, men, all genders, and children. I envy their resolution.  And their enthusiasm.

The Way To Freedom - Message From Master St. Germain