Thoughts and Feelings ~ 5th Dimensional Consciousness
A+ A A-

Nothing Is Bad For You 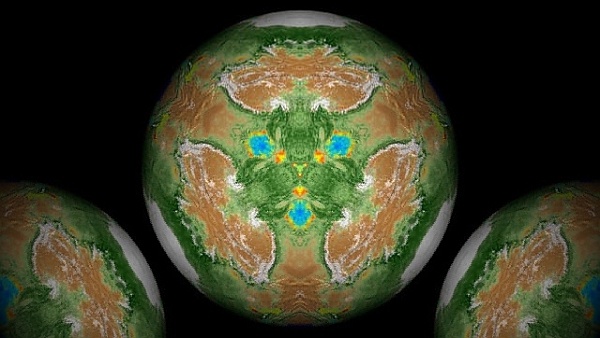 Once you are out of the Matrix, nothing is really bad for you.  Quite a bold statement.  Ok, don’t put your hand on a hot stove, or drink cyanide, at least not yet.   But what I’m talking about here is once you have moved out of your old story, and have detached from mass consciousness, you can choose to play in it, in 3D, and not be negatively affected.

And that’s because you are no longer invested.  You no longer have a dog in that race.  You get that the world outside your door is just going through its own ascension process.  It’s at the very early stages of that process, but it’s doing what it’s doing and you don’t need to be affected by it.

And you could engage at any point with that world.  You could be pro active and that could be quite satisfying.  It gives you an opportunity to share your light in that capacity.  There is certainly plenty of causes out there at this intense time on the planet.

I have said this before.  It truly doesn’t matter what you decide to do, because you have already fulfilled your purpose for being here.  You are here as a beacon.  To shine your light.  To share a new template of a human who is also embodying their Divine aspect.

Goals really don’t matter where we are.   All that matters is that you are in your joy.  If your human self is bored with life, this too shall pass.  It will be replaced with a sense of being fulfilled.  Because who you also are, as your I AM, is already fulfilled.

But chances are you will want to express in some tangible way, your soul.  And that expression can take many forms.

So meanwhile, what you do with your day-to-days really is up to you.  You can even indulge in the news media.  There is a lot there to enjoy.  When you were of this world, it was hard to take in the news cycle without feeling angry and depleted.  But now you can enjoy it as an observer if you want to.

it doesn’t have to trigger you.  You can wave your fists and call out the idiocracy, as you observe a President that is channeling a whole heap of misogyny, racism, homophobia and xenophobia.  But why not just enjoy it as just another reality T V show?

All the actors are playing their parts beautifully.

Just like a provocative TV show, it can suck you in and you begin to believe that the world is falling apart.  That’s ok too.  Because where you are at, that feeling won’t last.  You know too much.  You know that it’s just the galactic story playing itself out, and that none of it can touch you.

It doesn’t mean that the world outside your door isn’t experiencing exquisitely its own creations,  there is a raw, dangerous, pernicious reality out there.  There is also lots of love and benevolence and safety.

It’s a great joy to recognize that you have moved through the exquisite drama that 3D life has to offer, and you never need to experience that again,  most reading this post and those who relate to this blog have already traversed the darkness of that world.

Many of you have chosen this lifetime to be your last one, so you wanted to experience what it would be like to walk this planet as an Embodied Master.

While you still need to deal with the mundane world and keep up the maintenance of a carbon based body, you know things have dramatically shifted in your consciousness.  It’s easy to sometimes feel like you can no longer relate to this world, but if you want to, you can have the best of both worlds.

You can enjoy the world but on your terms.  You can participate as much as you like, but not really be sucked into the denser energies.

As the Master, you can be as discerning as you like.  You do not have to put up with energy feeders.  But you can enjoy the company of those who are closer in vibration to you.

Or you can engage with those who would normally trigger you.  That’s because you know who you are, which is a magnificent being. So anything that seems negative will not hit you.  It will just go through you.  There is nothing there that will stick to you.

Which may not be much fun for the one wanting to provoke you.  But chances are you won’t want to spend much time with those types of people.

So go ahead, enjoy the world outside your door, as much or as little as you like.  Remember, you really can’t get stuck in the matrix once you have exited it.  But you can play in it as much as you want.

We have 1097 guests and no members online