What Will you Do When the Lights Go Out and The Internet Stops?
A+ A A- 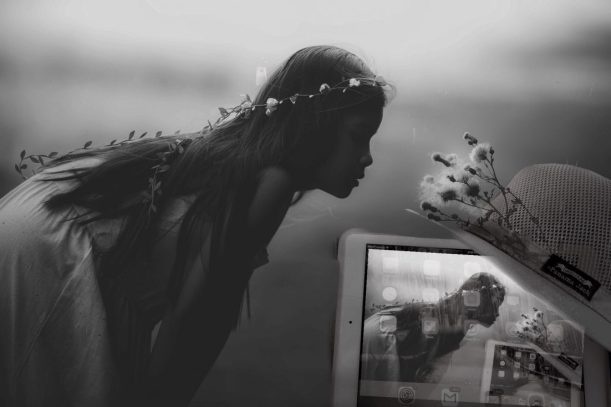 Most people don’t question their reality.  Unless they are in the stage of awakening where it naturally begins to happen, they just shuffle along in their various states of cognitive dissonance.

A couple of decades ago, I was sitting in a public courtyard, and I glanced across the crowd and spotted an attractive man.  He was sitting on a cement ledge surrounding a man-made pond that displayed a fountain.

He looked to be in his mid 50s, greying hair, just enough wrinkles to give his face character.  He was a bit overweight, wore casual clothing, and appeared comfortable in his own skin.  He was with another man.

For whatever reason, a few moments later I decided to look back toward him again and to my astonishment I realized that he was a she.

I was mistaken.  I was looking at a woman.  It was starkly clear.

And, in that moment of realization the individual was not as attractive any more.  It was the same person, same features, but now my perception of them was radically different.

It didn’t take me long to recognize what had happened.  In that moment I questioned my beliefs about what constitutes being attractive, and how we are conditioned to see women.

I wasn’t hard on myself for mistaking her for a man, but I couldn’t let it go at that.  I wanted to dig deeper into that reaction, because it’s not a personal one as much as it is cultural.

Recently I began to wonder why men began buffing up, becoming more obsessed with being big, having a muscular body.  This trend became more widespread when women began coming out sometime in the late 60s and demanding equality.

And, conversely, at around the same time, women were reducing their body and trying to squeeze into the Twiggy silhouette.

When men feel threatened by women wanting more equality, the men need to become bigger.  When women become more vocal in the culture, they are encouraged to become physically smaller.

It doesn’t need to be said, but I will offer that beauty comes in all sizes and shapes.  But to force the physical body into a particular shape or size out of some misguided need to appear acceptable, or beautiful, isn’t healthy.

There is nothing wrong with sculpting muscles, or fine tuning the human body.  But what I am talking about is a broader trend that has its origins in imbalance.  And examining these accepted norms of beauty is healthy.

And of course there are a myriad of other examples of things we accept as normal, that upon closer observation are actually downright disturbing.

Isn’t it interesting that people can be so particular about what they eat or wear, but those same people just allow whatever beliefs of the mass consciousness that comes along take hold of their life.  No questions asked.

Whether those beliefs are about finances, health, relationships, social, cultural, political, or the existence of god.

And speaking of god, it’s good that the Catholic Church is being vigorously scrutinized over sexual abuse, but are people actually examining the religion itself.  Are they asking themselves the hard questions, like why are they subscribing to a religion that systematically suppresses sexuality, and insists upon abstinence and only heterosexual relationships.  A religion that denounces the sensuality of the human experience.

But most people can’t connect the dots from centuries of suppression of the natural human desires and of the feminine, and acting out that suppression in the most vile and unconscionable of ways.

In the awakening process, all our beliefs are held up to scrutiny.  Everything we thought is now in question.  Every level of life that we took for granted as real is held up to the light.    We are being nudged, and sometimes unceremoniously shoved into a new space where we can no longer shrug off something as being just the way things are.

In our earlier stages of awakening, many of us realized that we needed to question the status quo in our life, and in our hearts and minds, but we didn’t yet have the tools to shift out of those mindsets.

We tried to shift using our mind.  We thought we were supposed to overcome our old programming.  But nothing we tried worked very well.  And that’s because we were trying to change ourselves, by altering the way we thought about things.

Oddly enough, the result was we became even more trapped in our mind.

When we began allowing the other part of us, our eternal self, to come on board with our human self we started to feel a significant shift within ourselves.  We realized in hindsight that our minds are so conditioned, and so limited, that there was no way that we could access the changes we desired by using that mind alone.

The human mind has been conditioned to respond to life from a place of fear mostly.  It has set up a fortress of defenses to deal with what it considers threats to its survival.

The human mind has been conditioned to respond to life from a place of fear mostly.  It has set up a fortress of defenses to deal with what it considers threats to its survival.

And without the benefit of the soul, the mind can only see what is in front of it, or what happened yesterday.  It can’t see other possibilities.  It doesn’t understand how alchemy works.

And that is why the mind has been struggling mightily with this ascension, embodied enlightenment process.  It’s not that we need to change our minds at this point, but just continue allowing our soul to participate in our lives.

And as we do that, the mind begins to acquiesce more to our soul.  And it actually is relieved.  It really is tired.  It’s got PTSD.  It has been traumatized in a world that felt more like a war zone.

It’s been in battle mode, and it’s taken too many bullets and dodged even more.

So it’s slowly settling into the new relationship it finds itself in.  And, no I’m not talking just about our mind, but our human personality.  That personality was mostly defined by the mind,  not so much by our soul.

And, that’s another issue. The personality feels a bit sad because it believes it will be abandoned, never to be recognizable again as itself.  But that’s not what’s happening.  It’s being integrated into its true self.  Nothing is lost.

In fact, much is gained.  The wisdom of lifetimes lived on the Planet Earth.

And, no matter who you are, or what star system you originated from, you have been a resident on Planet Earth for at least a few lifetimes.  And no matter what you have been told, this is the Planet of choice in the universe.

This is where the most adventurous souls come.  This is where souls come to advance their growth and wisdom.  Perhaps other planets have technologically advanced civilizations, but we are known as the Planet with HEART.

We have surpassed every other civilization in the galaxy and the universe in terms of diving deep into duality, into experience and into love.

We have 1102 guests and no members online