Multiple Layers, Varied Elevations & Different Directions
A+ A A-

The Angels Who Wanted Too Much 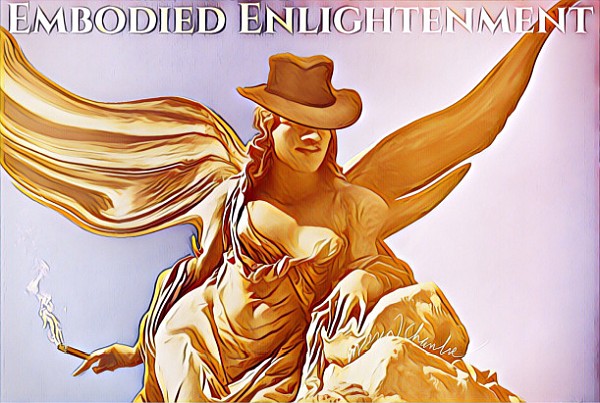 Many on the ascension path feel frustrated because they see the world as very shut down, and they wonder how they can make any difference to that world.  They say, “We are here shining our light, and I don’t see the world improving substantially.  How do we penetrate the mind and heart of a humanity whose mind seems made up?”

Many feel that when we share our light through our various forms of expression, through our art, music, written word, spoken word…..that those asleep are not budged from their stance.

That we are essentially preaching to the choir, to just those who already get it.  Those who are awakening or are awakened to who they are, to their eternal self.

I say that both things are happening.  We are shining a light just by being here, and that light goes out to serve all of humanity.  Not by trying to get them to understand that they are god, also.  But the light is disruptive.  It will make their life more uncomfortable for them, at least initially.

Just as it did for us.  Most won’t  know why things seem to be falling apart, or why things aren’t working for them like they did before. And that’s because most of humankind is at the early stages of their ascension.

Those of us who are in the later stages of our ascension process are no longer holding energies for humanity.  There are others doing that, others taking our place as the energy holders.

But that is even changing, as we can see as we look at humanity now.  There is unprecedented shifts world-wide, in politics, in the cultural climate at large in the world.

Because consciousness is primarily a feminine presence, and that presence does not cater to anyone, but simply is, we are seeing the fears and anxieties explode in many who are not comfortable with their own feminine.

We are beginning to see the women, or the feminine energies on the planet unplug from those who relied on them for nurturing.  Especially the masculine.  The masculine now has to face his own feelings, and that is causing him to grow even angrier.  More fearful.

He is seeing the feminine unplug her support that was based upon imbalance, and now she is taking back her energies, and building her own network of support and strength.  She is becoming more vocal, more visible, and is determined to be seen, for the first time on this planet as a first class citizen.

The masculine feels vulnerable, and threatened.  No, the patriarchy isn’t going to suddenly collapse, but there is a deep change underway.

But those who are awakened, and are owning their mastery are not trying to change the mass consciousness.  That’s not going to work. The rest of human kind needs to go through their own iterations in their own time.

But we are here to also be of service to those who are more closely following us, those who are further along in their awakening process.  Those of us on the forefront of this major transformation would have loved to have someone like ourself to guide the way, especially when we were going through the dark aspects of this process.  And that is what many of us are here for at this time.  We are beacons for those who follow.

And that guidance is manifested by just being who we are, and doesn’t really require heavy lifting at this point.  We are no longer holding energies or processing energies for anyone.

And that in turn frees up our energies so that we can serve in a new way.

As women especially that new way will seem very selfish to others who aren’t ready to set themselves free.  Even those of us who know better are sometimes reluctant to unplug and may still be allowing some feeding off our energies to take place.

But we know that we are going to have to allow others to take ownership of their own energies and their own emotions.

THE ANGELS WHO WANTED TOO MUCH

We wanted to be the living, breathing examples of a human who is also connected to their own soul.  We wanted to know what it would feel like to be both human and divine, while still being in the physical.

Very exciting to the angels.  Couldn’t wait to get here.  And of course once we are here and going through a lifetime of so much forgetting, many of us got lost along the way.  And those of us who did awaken, and are still here, are baffled at why it is so difficult.  Why it seems so slow.

Why at times if feels impossible.

Are we just a bunch of amazing angels who wanted too much?  Maybe.  But I am proud to be among those angels.  I am honored to be part of a magnificent group of souls who wanted to explore their own consciousness, not really knowing how it would turn out.

A brave group willing to take extraordinary risks.  Pushing the envelope of human evolution in a way that has never been done before.  Willing to be among the first.  Knowing that they would not be acknowledged by their fellow humans.

By all counts, a group that should have left the planet by now, considering what they have gone through.  And many have left, and continue to leave. And they are honored just as much as those who stay.

Is it shear determination that keeps us here?  Is it curiosity?  Stubbornness?  Nothing better to do. LOL.  A good cup of coffee?

A sense of coming so far so may as well stick it out and see what happens?

I started this post talking about how we see ourselves in relation to the rest of the world, but I sense that we know from a place of wisdom that the world will continue to do what the world does.  But we do love humanity.  We wouldn’t be here otherwise.

And we are not turning our backs on this world, but we are no longer plugged into it the way we were before.  And that is the best place to be in order to be of true service to that world.