Transitional Pains & Greater Higher Awareness & Sovereignty
A+ A A- 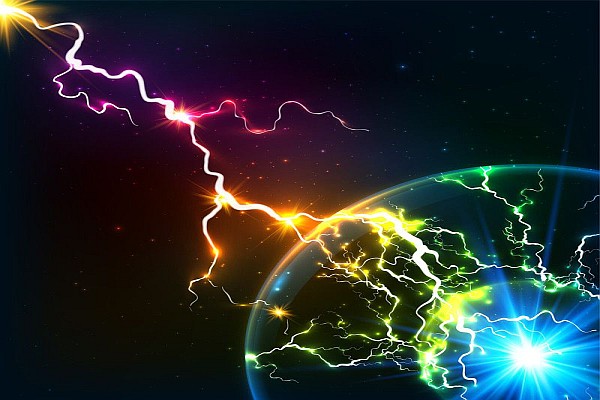 Many have felt some different Ascension Embodiment Process pains in 2018, myself included. For the most part they’ve been sudden and severe, causing many to second-guess whether something has suddenly gone haywire in the lower half of their physical bodies. Many have experienced severe pains in bones and/or joints in one or both feet, the heel(s), ankle(s), leg(s), hip(s) joints, and sometimes all the way up into the tailbone area and lower vertebra in the spine causing sciatica pains. I’ve dealt with this since the first few days of April 2018, and it’s continued into May. These mainly heel bone foot ankle pains reduced for me for about three days earlier this month and I celebrated but it was short-lived because they returned even stronger a few days later.

It’s common to feel the potent magnetic changes taking place in the Earth, the Sun and our physical bodies as sudden waves of usually short-lived nausea. I usually experience this in the mornings but it can happen any time of the day or night. Think of it as Ascension related energetic magnetic changes “morning sickness” for both sexed humans.

Other common side effects of magnetic changes are vertigo, sense of slowly spinning or rotating, sudden dropping, rising, tipping over; changing sense of self as a singular entity and identity; head and body pains and pressures and heart and HighHeart sensations as well. Because the magnetic fields held codes of the previous Evolutionary Cycle in place, they also did the same for each of us and our bodies and individual sense of self and personal identities and so forth. So as the old magnetic energies and fields have disintegrated and disappeared, so too has our old 3D sense of physical-only self, our old lower frequency identities, our old 3D locations within linear time, and our old place and focus within life on Earth.

The old lower everything has wound down all these laborious AP decades while the Forerunners helped transmute and clear out copious amounts of residual negativity and density from the expiring old cycle on multiple dimensions while simultaneously Embodying increasing amounts of the NEW Evolutionary Cycle’s NEW energies and matching codes in their physical bodies and selves.

For all this and more to happen, the old 3D magnetic fields and codes had to expire and diminish over time and eventually be completely replaced by NEW more complex higher frequency magnetic energies and fields. That sentence sounds so simple and easy but as many of us know, living it in our physical bodies as First Everything-ers has been anything but! As the old magnetic energies and fields have reduced and disappeared, so too has our old physical identities, sense of self, locations we’ve called “home” within these current incarnations on Earth, and our awareness of ourselves and “reality” within 3D linear time. The old magnetic fields that held everything of the earlier Evolutionary Cycle in place are gone and have been replaced with NEW magnetic fields in ascending Earth, the Sun and in our physical bodies. This is easily felt in 2018 by those who’ve been involved with the AP all along, but to the unaware, it must feel like their only reality and sense of self and very lives are rapidly disappearing under their feet. And because these changes are increasingly obvious to the unaware people in 2018, their lower ego-based fears are front and center and squarely aimed at anyone who may possibly cause them more fear—work, worry, stress, effort, time, cost, focus, energy etc.—over anything than they already have.

The Dark, in all its many forms, has nowhere to hide anymore because there’s nothing left now but Light with more of it coming in and of higher and higher frequencies every day. This long-awaited shift change is causing all people’s fears—large and small—to instantly be easily seen, felt and recognized by more and more people. There’s nowhere to hide your/my/our fears and darkness anymore like in the bad old days of the precious cycle. This is happening multiple times every day for most everyone now in 2018; honest clear and in-your-face awareness of other people’s (and your own) remaining fears and anything else of a lower frequency that they/you/me are still clutching and hauling around in all this NEW Light. To do so hurts, is burdensome, repulsive, embarrassing and none of it goes with your outfit…

People are scared, on edge and ready to attack over the smallest of things because the NEW magnetic energies holding the NEW codes and patterns are unfamiliar to them and all the old familiar 3D patriarchal stuff, even though completely negative, not being available is terrifying to unaware people who don’t have a clue about what’s going on and why. There’s two distinct and easily seen and felt groups of people in 2018; those whose hearts have or are being activated to evolve now which produces compassion, honesty, openness, integrity and increasing inner strength, stability and individual sovereignty — and those still existing in the old lower frequency and consciousness range where ego was god, fear was food, and control over others was mandatory. What a thing to co-exist with for the time being, with eyes-wide-open and HighHeart flowing and dip into, move through and not be damaged or unbalanced by any of the lower frequency people and fear-based consciousness they still have and then leave and go back up into the NEW.

This article is nothing like what I’d intended but I’m going to let it ride anyway because who knows. Point is that big change continues in all ways on all levels and dimensions both internally and externally. As your NEW sense of Self continues to expand and evolve into something more NEW every few days, be glad and proud and stay open to even more NEW in you and You and YOU as all that continues to align into something NEW too. ❤

Copyright © Denise Le Fay & HighHeartLife, 2017. All rights reserved. You may copy and distribute this article so long as you don’t alter it in any way, the content remains complete, credit is given to the author and this URL https://highheartlife.wordpress.com and Copyright Notice is included.
Source

We have 1211 guests and no members online