Secure in the New Earth Matrix
A+ A A- 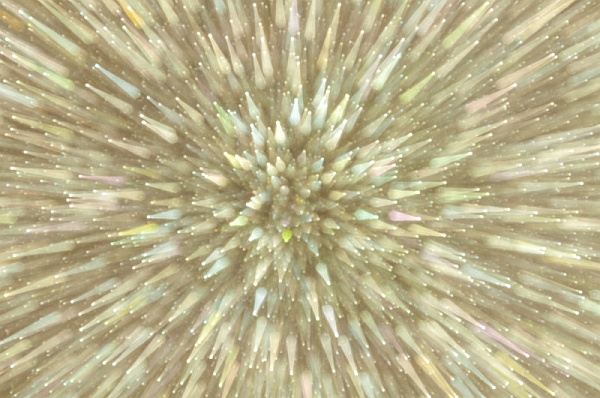 Astrologers uses the terms applying and separating to indicate when a planet is approaching other planet — applying, or moving away from another planet — separating. Another term used is orb of influence. An astrological orb indicates when two or more planets are within a certain number of degrees from each other and start energetically interacting with each other and affecting humanity. Typically, the number of degrees most astrologers use for planet aspects is between 5–7°. Being a sensitive I’ve always felt applying aspects before that so I’ve used a 10° orb.

However, due to the Ascension Process and it being the end of very intense 2019, everyone is being deeply affected and influenced by the physical reality-changing evolutionary Capricorn Saturn Pluto conjunction. When the one and only exact conjunction hit of Saturn and Pluto happens on January 12, 2020, it will be Divine cosmic lightening physically striking humanity, our consciousness, being and physical reality. The Fish are dead, long live the NEW Waves. The global patriarchy is dead, long live the NEW Divine Human of Light.

Often transits reach exact degree aspect two or three times due to one or both planets going retrograde. They apply and make the first exact “hit” then separate due to retrograde motion and make a second exact “hit”, then go direct motion and make another exact “hit” conjunction again and so on. This sort of multiple 1-2-3 exact “hits” business is to give humanity the needed time to (1) first experience the exact energies and aspect energies in direct motion then (2) experience them a second time in retrograde motion and then (3) experience them for the last time in direct motion. The first “hit” is the energetic arrival or punch, the second retrograde “hit” is humanity reevaluating and reworking things at this point within the transit, and the third “hit” is final integration of the energies and changes in humanity and reality.

Because humanity and all else is deep in the Ascension Process and Separation of Worlds, this Capricorn Saturn Pluto conjunction has only one exact degree “hit” on January 12, 2020 — 1-12-2020 — and then fairly quickly Saturn enters Aquarius. It does retrograde back into Capricorn but a second exact “hit” conjunction with Pluto does not happen. This is a one hit wonder transit and it has been, is, and will continue to rapidly and completely dismantle and remove the entire lowly global patriarchy, patriarchal rulers, governments, political systems, structures and matching consciousness of humanity that is evolving now. One and done baby, one… and… done.

There are many who’ve written extensively about this rare physical reality-changing Capricorn Saturn Pluto conjunction. What I want to focus on about it, and the many other planets transiting Capricorn close to the epic Saturn Pluto conjunction, is how Divine Mother Feminine now wants and needs to completely remodel and redecorate, so, NEW Divine Father Masculine is at the ready to rebuild and redecorate Earth, humanity, reality and all structures internally and externally and imbue them with NEW Divine Father Masculine energies. None of this will resemble anything from the past or any pasts. This is NEW Divine Father Masculine being returned and seeded into Earth and humanity at this NEW higher level.

The humans that are not ready, willing or able to evolve into this profound higher NEW complete re-structuring of physical reality, life, consciousness and individual integrated being on ascending NEW Earth are those who have been rapidly leaving their physical bodies the past few years. The other people that want to remain in their current physical bodies but don’t want to or are not ready to evolve, to “ascend” along with everything are the people now being quickly re-directed, migrated to a matching frequency Earth world to what they currently are themselves.

This is NEW Divine Daddy. This is NEW rebuilding and redecorating at a NEW ascended level with NEW tools of Light and LOVE and Individual integration or Unity or Triality at the next higher rung of the great Evolutionary Cycle. None of this has been experienced before here and it’s going to be intense, wonderful, did I mention intense? and at times most likely a little wild and chaotic. Who cares is my response, bring on the NEW everything Divine Mother Feminine and Divine Father Masculine, Source knows we want and very much need a total internal and external Divine Makeover.

For those who aren’t familiar with astrology and the energies Saturn, Pluto and Capricorn hold, specifically at this point within the Ascension Process, here’s a super simplified rundown. First off, Saturn is the naturally ruler of Capricorn so there’s a lot of ease and naturalness with Saturn in its own sign energies. Saturn, and I mean the NEW and freed of old Team Dark distortions Saturn, has to do with physical reality and holding it in place physically. In this Saturn Pluto Capricorn conjunction, there will be tremendous NEW Divine Father Masculine energies and force in this entire 2020 astrological Capricorn energy event. In Ascension terms, this means that ascended Saturn (everything is going through the Ascension Process) is helping to not only castoff the past cycle’s energy codes and blueprints but more importantly the negative distortions, and is helping to embody, imprint and encode ascending Earth and humanity with NEW higher frequency Saturn energies and codes. Pluto is doing the same of course.

In September 2019 I wrote Libra 2019, and discussed how at that time another, but this time a much larger portion of Divine Mother, Divine Feminine was returning, reentering human consciousness, our lives and reality. I intentionally did not mention then about how aspects of the Divine Father, Divine Masculine will be returning, reentering, Rewiring, seeding anew human consciousness, our lives and physical reality once these specific NEW energies are physically delivered through this January 12, 2020 Saturn Pluto Capricorn conjunction.

Divine Mother Feminine returns first because for thousands of years on Earth SHE/IT has been horrendously distorted and limited by the negative alien and human patriarchy. Because of this SHE/IT has been incrementally returning to humanity and human consciousness via this Ascension Process. It’s also why the majority of current Ascension teachers and writers are now incarnate in female bodies. It’s been yet another way to help Rewire and seed anew the NEW Light energies, Higher Awareness, and individual integration of energies in humanity via female World Teachers and Energy Workers instead of males as it’s been for thousands of years of patriarchal rule on Earth.

Divine Mother Feminine is remodeling and redecorating and NEW Divine Father Masculine is now present and about to carry out this NEW Work in the physical and beyond. The Capricorn Saturn Pluto conjunction and other involved planets in Capricorn at that time are a huge manifestation methods for a lot of this to be physically seeded anew on ascending Earth and in ascending humanity during the Separation of Worlds & Timelines.

Have the most HighHeart December 21, 2019 Solstice tomorrow everyone. It’s about to get even more interesting, exciting and so very different, wonderful ways.

We have 1275 guests and no members online