Solstice - Solar Eclipse Gateway
A+ A A- 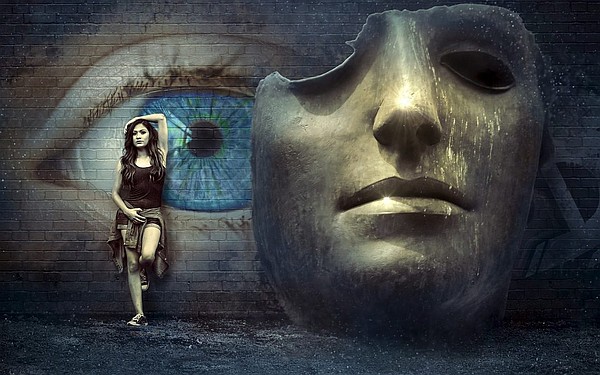 The past month has been an intense, interesting ride and I believe we are just getting started. This is the time that many of us were warned about, trained and prepared for. All the craziness, all the confusion, all the upgrades were so that we can be in this place, this time, and not get lost in the chaos of what is “out there”.

The Collapsing of Multiple Realities

I was shown perfectly how insane all this can be by my cat. This cat will soon be 15 and has been on quite a journey with me. When we had a farm years ago he was my barn cat and had acres to roam. He would come in occasionally but was really happy to be outside. When we lost the farm I moved him with me. I tried to keep him indoors when we moved to Colorado out of fear of Coyotes on the plains but he made it perfectly clear that he would rather die than be pinned in. So I have let him, be him.

He has never been one to stay home and will disappear for a few days at a time.  I have become used to this but recently we hit day 7 of him being gone and I was worried. That afternoon while I was out he came up to the garage where my husband was working. I got a text from him that said “Bailey showed up, he is dirty and thin. He is meowing but won’t let me near him.”  My heart sank.  I got home and set out looking for him. When I found him I called him as I normally do, but then he would look at me as if he had no clue who I was. I couldn’t get close enough to grab him and if I tried he just ran. I was at a complete loss. I started to wonder if he was experiencing Alzheimer’s or dementia, especially since he had head trauma as a kitten. I didn’t understand how he could not know me but recognize the kitty, kitty, kitty call I made. I didn’t understand why was he so dirty and thin as I always leave food for him outside and have seen him eat it even when he chooses not to come in.

I barely slept that night and made the decision to get a humane trap. I planned to trap him and get him to a vet where I felt I would make the difficult decision to put him to sleep. I couldn’t let him starve or freeze to death and winter is coming.  That night in walks Bailey through the doggy door as he normally would and not only was he clean but he was his normal fat self. I was shocked and so grateful as he snuggled in my lap. I think that if my husband had not seen him the other day, I would have thought I was just exaggerating what I had seen prior. We both saw a version of Bailey that was dirty, scared, skinny and had no clue who we were. I even went as far as thinking maybe we both saw a different cat, but Bailey has a snaggle tooth and besides… I know my cat. (Interestingly, he has been home every night since then to sleep next to me at night.)

In meditation, I asked what was happening and was told it was the collapsing of realities. My human brain wanted the how’s and the why’s but all that was shared was that for every reality there is the opposite reality. I was also prompted to share this story as an example.

This example is undeniable unlike the emails I swore I sent, the conversations I swore I had or the ingredient for dinner I know I bought but can’t find anywhere. It really hits home why they say be gentle with ourselves and each other. There are many miscommunications and two people on opposite spectrums can both be telling the truth. Nothing is as it seems and all we can do is allow our heart to guide.

Light Emanators are able to hold the higher frequencies for the majority of the time to push that light out to all around, but most importantly to the aspects of self that still hold lower frequencies. #ascension #Lightemanator…

Many of us have seen evidence of being in a higher vibrating timeline. There has been an ease to it almost a sheltering type quality. We have become pros at downloading codes and anchoring them into the earth and then seeing that result mirrored “out there” in our personal circles. This does not include what we see on the news or on social media however as that is often different versions of reality that we allow in.

The past few weeks I have seen evidence of being in a lower timeline, yet in a higher timeline as well. It feels as if I am walking in two worlds at once. When I saw outward evidence of a lower timeline my mind immediately went to “What did I do wrong? How did I lower my vibration?” Yet, when I tapped into how I was feeling, I felt fine… guided, connected, and at peace.  The inner and outer no longer matched.

I went into a journey to get clarity because we have always been told that what we feel inside will be mirrored out there and I had through the years found that to be true… yet here I was experiencing the exception to the rule.  What was explained to me is not that those that are experiencing this have done nothing wrong, but rather they are taking on a new role. I asked if we are still to be the light keepers and space holders and was surprisingly told no. They explained that we are now LIGHT EMANATORS.

The task of light keeping was essential as it helped to anchor the higher grids into place. It provided a structure, a scaffolding for things to be built upon. That job is now complete for those higher dimensional grids. Now the task is to be a Light Emanator, to shine the light out. Spread it everywhere we go without the judgment of right/wrong, good vs evil, even higher vs lower.

Those that have taken on this role are able to hold the higher frequencies for the majority of their time and are now in the lower frequencies to push that light out to all around, but most importantly to the aspects of self that still hold lower frequencies.

Understand that it is only physically where we are in the lower frequency, but mentally and emotionally there is still balance and neutrality. For me, what I observe that is different from my norm is that people’s emotions like anger and frustration are raging. I am seeing more car accidents and people experiencing more red tape, more hassle to just get through. What this looks like for you could be completely different.  Know that perfection of holding the higher frequencies is not expected, it simply needs to be the majority of the time. Each time we become triggered by what is all around, it is an opportunity to see our own wound, heal it and return to center. That will happen faster and faster as we become pros at excavating and clearing our own stuff.

This is not an easy task with so much being revealed on this planet right now, but it is a necessary one. I find it fascinating that my team said that holding space is no longer necessary, the space has been created. Now we become the example of what it means to live in that space.

The Call of freedom

Often the greatest pain is when what our human believes & wants is not in alignment with our soul. We tell ourselves stories, create fears, excuses and blame others to keep ourselves from walking in our own power. #ascension…

There is an energy of freedom that is straining to break forth. We can see this as so many are removing themselves from relationships, jobs, and locations. These can be necessary changes as we determine what we want out of this life and the frequencies we want around us. However, if we don’t look at the behaviors and belief systems that contributed to the incompatible things in our life we will simply recreate them. If we don’t look at the patterns, we could set fire to aspects of our lives when in reality they were not where the problem lies.

It is understanding that our deepest and complete freedom lies not in changing things “out there” but in changing what created them within. We must have great courage to admit where the real issues exist in all of our relationships including the one with ourselves. It is through the honest look at where we have contributed to the chaos that is swirling that we can then fully remove our participation with it without recreating it in other spaces.  Owning our role, either intentional or unintentional, is an important step in embodying our soul.

Often the greatest pain that we feel is when what our human believes and wants is not in alignment with our soul. We tell ourselves lots of stories, create fears, excuses and blame others to keep ourselves from walking in our own power. The time for that has come to an end which is why the dissonance within has gotten so loud and painful.

Ask your team (guides, angels, masters, ancestors, and elementals) to assist you in seeing the truth behind your patterns and beliefs (with ease and grace, of course). Even if you feel you are unable to connect with your team, know that they do hear you and will assist you. Be present and look for the signs and synchronicities, you are not alone and you are being helped.

I hope this blog finds you well and really getting digging in deep within yourself so that you can free yourself from all the beliefs, patterns and obligations that hold us to a reality that binds.  Thank you to all who share this work, it means the world.

Sending you all lots of love,

We have 1357 guests and no members online