The Last Lesson In The Old 3D

The Last Lesson In The Old 3D 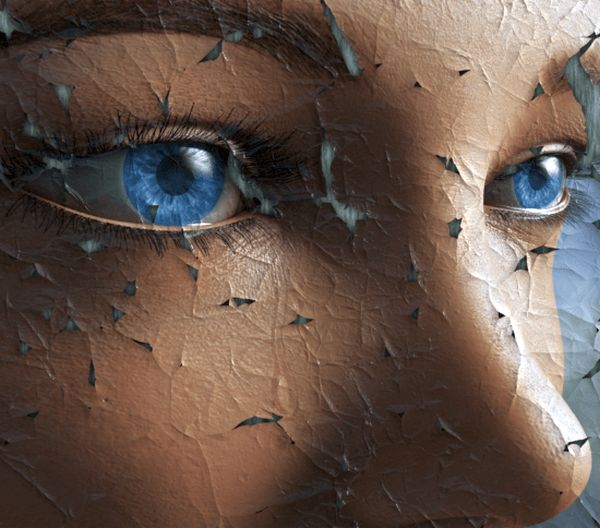 Those approved in this School of Souls in the Third Dimension are about to make their ascension to higher Dimensions. Time is hurrying as a New Earth appears on the horizon line. A long Cycle of Trials and Atonements is coming to an end. The Great Master Sananda, incarnated as Jesus of Nazareth two thousand years ago, left us a legacy and a certainty: "A New Earth will arise".

This New Earth will be part of the higher Worlds, and there will be no more pain or suffering. At the end of the Old Cycle, there will be two fates for humanity: - the meek and pure of heart will inherit the New Earth. On the other hand, those who have not reached the necessary frequency for this will have to leave it, as their consciousness has not yet understood all the lessons available here. This is the understanding of the metaphor of the separation of the wheat and the chaff.

Over the past few weeks, we've been getting a lot of guidance on this end of a while. Among them, today I will try to pass on to you who accompany me, the one that caught my attention the most. I gave it a title so that the text could be developed, but I could have given any other definition. I will interpret it as THE LAST LESSON OF THE OLD 3D.

I don't know how it is today in the schools where you or your children study. But in my student days, even those who had already learned their lessons would pass a series of tests at the end of the school year in order to prove that they were qualified to move up the ladder of learning. Anyway, to test the student's ability, and see if he could move up to the band above.

Nothing is different in a School of Souls, as the Earth has come here. The Cycle of the limited consciousnesses of the Third Dimension is closed, and nothing will be limited as before, for in the 5D and above, the consciousness will be greatly expanded. So much so that a 3D mind cannot even imagine the capacity of a 5D consciousness.

There will be a certain moment, or even several events that will lift the veils definitively, and then, a new consciential panorama will emerge. It will indeed be the moment when our soul version will integrate with its higher version. This integration will unite the learning of the 3D fractal with a fractal of Dimensions above. The union of these co-sciences will be added to the point that they will merge into one, however, at a frequency compatible with the Dimensions from 5D to 9D.

The part of humanity that is entering this 5D frequency needs to pass the last test. You really need to leave behind the 3D vibrations that are still within each consciousness. It is not just a detail, but a sum of "packages" that are part of the soul's baggage.

I have written in previous posts that these packages are 3D Old Earth emotions, beliefs and habits. Fear, anger and guilt are undoubtedly the heaviest. That ancestry needs to be healed. Such energies are obstacles that compromise the passage through the 5D Portal. But there are others that can still resonate within each incarnate. And it is exactly there that we will be tested, as the title of this text says.

Let's go to didactics and then put it into practice. All of us who are in this Terran School have the unconditional support of the Ascended Masters and also of the Brothers of the Superior Spheres between the higher Dimensions. Do such Helpers care about the different stages of each incarnated soul? Do they distinguish between a higher and a lesser being? Do they pit humans against each other, for the differences and divergences of anything that might exist here, as we can actually see among humans today? The us versus them quite evident today, do the selfless helpers practice it in relation to the incarnates?

So, if our helpers don't care about our differences, and they also don't stop attending even those who are already notoriously disapproved in this ascension, it is necessary to take into account that, all those who will make the ascension now, will also become Ascended Masters. . By climbing this step, they will also be able to support souls who are learning in other Worlds of Atonement and Trials, including the part of humanity that will be taken to such worlds.

This makes it easier to understand and deduce that if you don't accept the limitations of the other now, how can you be an Ascended Master tomorrow? Of course, consciousness is still preparing for this, but it is necessary to put it into practice as soon as possible, because this vibration, when remaining in consciousness, can even prevent your own ascension.

It is not necessary to agree with what others do and which, in our view, is not correct. That would be co-authoring a crime, for example. But we can look compassionately, for his rung is still down there, and we've passed him a long time. When we see that the other is wrong, we must understand that he has not yet passed through such lessons. However, the day will come when he will also be at the door of ascension, even if it takes thousands or millions of years.

Understanding, accepting, feeling sorry for the delay of the other, and above all, not judging, not offending and not exposing your limitations, is always a path. It has already been mentioned here that each one is co-creating their reality, as they still need it. We cannot demand that everyone be in the same consciousness, that is, in the same understanding as we are. Have you ever thought if the Ascended Masters demanded this of us?

Respect is not restricted only to humans, but to everything on Earth. Animals, plants, and every other resource on Earth are energies from the same Source from which we came. The harmony between all Realms and between all that is, is also the understanding that we are all ONE. When I mistreat anything, I will be hurting myself. When I pollute nature, I will be polluting my own soul. That's why we are co-creators of our reality.

Understand differences, situations, difficulties, challenges, our pain and those of others; knowing that for someone to have a privilege, it is necessary to take that something away from someone else; when someone gets a lot, others get little or nothing; desiring privileges, power beyond what is necessary, satisfying the ego at any price, destroying or damaging other people's property, public property or any other good that is useful to anyone, is a certificate of disapproval for 5D.

Unnecessary attachment is a sign that there is still a lot of fear within you, and time demands that it be released, as we are approaching the great planetary shift. We are on the last steps of the old 3D.

One last effort is still necessary, but this effort is not beyond one's ability and limit. If you've made it this far, you can! Trust!