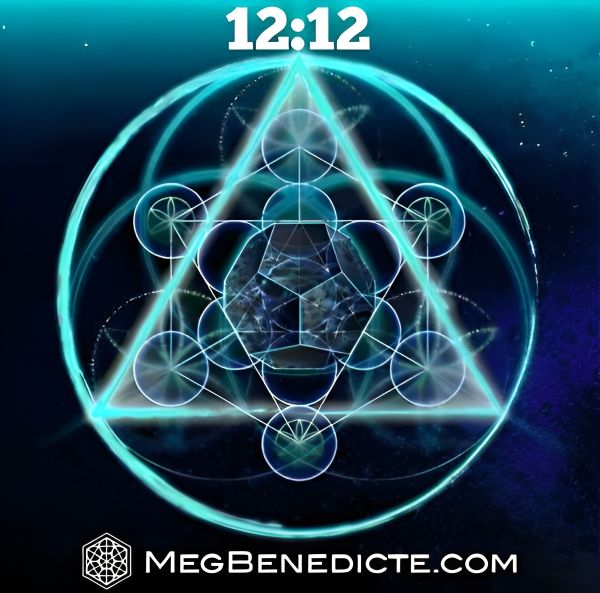 The intensity is building in the field. On Monday, December 12 the powerful 12:12 Gateway opens during the annual alignment with the galactic center located at 26° Sagittarius.

The Gateway portal is active between 12:12 and 12:21, enhancing the quantum mirror effect of possible holographic realities. 12:12 and 12:21 act as sentries to the GC vortex sourcing the 12 dimensions of the universal dodecahedron, we live in.

For ten days while the Gateway is most active, 12 will be imprinting the field with cosmic patterning and crystalline consciousness.  12:12 acts as a magnification of the illumination effect that has been increasing since 2012. A great unveiling is occurring, revealing where we still are disconnected from divine Soul presence. According to Metatronian mysticism, 12:12 is a sacred code that activates your Merkabic toroidal field, the home for your Soul.

So much has been unraveling since the momentous Ascension milestone, Winter Solstice 2012. On that day, the global control simulation program unlocked. On December 21, 2022, we honor the 10th Anniversary of the cosmic event that initiated the planetary shift. We are witnessing a global transformation at the cellular level, an accelerated evolutionary leap into higher consciousness, rising out of darkness and the Hierarchy operating system we were born into.

For the past 10 years since Winter Solstice 2012, the world has been going through a massive disintegration of the unnatural, enforced simulation, ushering in a global awakening. The transmutation phase involves the continual delayering and dissolving of all veils on all levels in our human experience. From the primal, rigid ego will, the traumatic, toxic emotional veils, the delusional, mind conditioning veils, the generational ancestral lineage veils, and the karmic reincarnational veils…all energetic barriers and blockages are gradually releasing. The intense galactic light is altering the magnetic time barriers, thinning the veils between the particle field of matter and the wave state of spirit.

Since momentous 2012, the world of infinite possibilities is peeking through the collapsing veils. Through the subsequent unlayering of trapped information and unhealed trauma, the realms of spirit opens to us. It is the stair-step process of peeling away the false programming, patterning, code and unconsciousness that kept us trapped in a never-ending cycle of devolution and disconnection from the divine.

As we break free of the collective numbing amnesia, the spark of creation awakens within our being. The diamond Source Light permeates the inner chambers, illuminating the Soul’s crystalline Light Body waiting for activation. Not only are we unraveling centuries of human entrapment, we are transmuting and clearing lifetimes of earthly history in fallen consciousness. While the 12:12 Gateway is active, we can dissolve more 3D density veils, energetic blockages, karmic earthly trauma and awaken the god seed codes for Ascension within.

As we prepare for 2023, we are still encountering massive shifts and global change. As the dense layers dissolve and the mind clears, humanity is emerging from isolation and disconnection, into a new world paradigm, a new circular (Torus) operating system. As the veils lift, the field is looser, lighter, and more receptive to our visions, dreams, and intentions.

Please join the Family of Light as we will travel to the galactic center to accelerate and activate the crystallization of divine DNA and the Soul’s Light Body. The show is recorded for replay. If you would like to participate, register here.