Creating Space
A+ A A-

The Old Movie is Ending 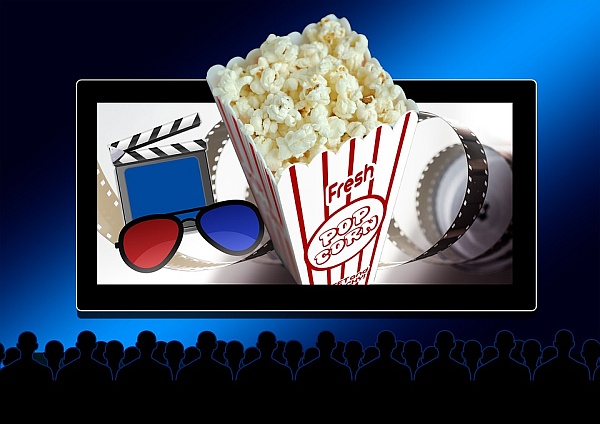 Jupiter went direct on 11/12 Aug while Uranus went retrograde on 12/13 Aug, leading up to the Full Moon in Aquarius on 15 Aug.

On a personal level, Jupiter loves expansion, and Uranus loves you to express your unique self. So right now you might be feeling some big momentum to DO something, to put into action some shifts and changes that have been percolating for a while, in order to BE more of who you really are. At the same time Uranus is Captain Authenticity, saying yes expand – but it has to be in a way where you are genuinely being true to yourself. I’m getting this image of each of us blowing into a balloon, representing our expanding selves. But every time that our ‘breath’ is coming from an outdated or false belief (Jupiter rules beliefs), the balloon won’t budge. “No nah no” sings Uranus. There is no more energy left in those sort of breaths, and be thankful there isn’t – because you don’t want your balloon filled with any of that old air!

If things have been delayed, or aren’t happening as fast as you’d like, ask yourself:

Am I still carrying any old beliefs connected to this?

if I got what I wanted right now?

What new beliefs are wanting to be birthed right now?

Saturn and South Node have been joining forces for most of this year shouting through the megaspeaker: Clean up your old beliefs! Clear yourself of old family karma! Declutter what needs to be decluttered!

Often, literally decluttering your house – or even just a room, a cupboard or a bookshelf, can do wonders for starting to shift any inner clutter that is more than ready to be released or transformed.

Speaking of the South Node, this weekend it is sitting on the degree of the Jan 6, 2019 Solar Eclipse (15 Capricorn). So if you or loved ones had anything major going on around that time, there could be some full circle moments going on right now. If you had some significant insights, healings or opportunities occur then, this weekend onward represents some new phase or chapter connected to that particular story.

On a global level - wow, has the world had some shocks (Uranus) connected to the international rich and famous (Jupiter) - affecting our collective beliefs around how the world works (Jupiter again).

First, last Friday we had the unsealing of 2000 pages of documents related to the Epstein case. The very next morning news broke of Epstein’s alleged suicide, which no-one believes was a suicide, with many questioning whether he’s even dead at all.

This news is a massive watershed turning point for the collective psyche. It’s the first time that people who’ve never placed much stock in “conspiracy theories” are asking, “Hang on a minute. WTF is going on here?” It’s the first time that people, of all political sides, are uniting in a quest to get some answers, and see justice served on behalf of the many children (some now adult) victims of global, child-sex trafficking rings involving a who’s who of wealthy, powerful people.

Then we finally found the answer to #WhereisGhislaineMaxwell? Apparently out eating burgers and fries, as you do when you’re an accused international child sex trafficker, with surely many a target on her back ranging from powerful friends who don’t want their secrets exposed to law enforcement who’ve been trying to track her down. Yes, there she was, spotted at In and Out Burger in LA this week, reading the book “The Book of Honor: The Secret Lives and Deaths of CIA Operatives.” The NY Post “happened to be there” to take the pic and have a chat!

You can’t make this stuff up!

A lot of people have been saying lately that they feel like they’re in a movie. In many ways we have been living in a movie. We’re now living in times where the old set is starting to collapse, and as it does, we’ll see the stagehands and make-up artists backstage. We’ll see the scripts lying around that have been creating, influencing and manipulating our global story.  Former Google engineer Zach Vorhies has emerged as the whistleblower who leaked 1000 internal documents showing alleged bias, censorship of search terms, the boosting or demoting of certain content and election tampering.

This manufactured, controlled reality isn’t the reality we came here to live.

Yet it’s the one we’ve been living in, collectively.

It’s the most exciting, liberating thing ever to be witnessing the collapse of that reality in real time. (Simultaneously, there’s grief and trauma to process).

We came here to live an organic reality – one we make, create and choose from our own free will, without interference.

Once upon a time, humanity lived this way on Earth.

And, in this time, we will again.

Finding Happiness Is A State of Mind

Are You In Your Storyline Or Another’s?

We have 2031 guests and no members online