Working Through The Layers

Working Through The Layers 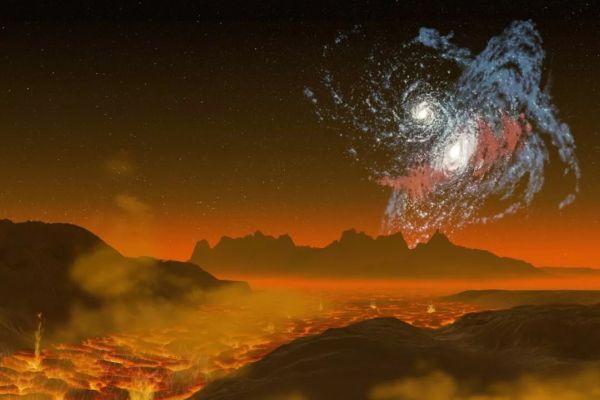 Recently I was contacted by a client who needed assistance clearing her niece’s house and land. She had begun the work and knew that it wasn’t a simple, benign energy being cleared, so she backed out to get assistance and booked an appointment.

As soon as I tapped in, I was blown away by the energy. I began to feel nauseous, and my intestines began churning. Whenever I tried to access the home and the land, it felt too big to handle. I knew there was curse energy and that it was put on the land by Native Americans that once lived on the land.

I was at a loss, so I cleared my mind, connected with Archangel Michael, and said, “show me what I’m not seeing.”

In my mind’s eye, I saw black land with a hole and lines extending from the hole; it glowed bright orange. As the image became clearer, I realized it was lava.

My client shared that the land had a layer of volcanic rock on the earth. This area at one time felt the flow of lava. I kept staring at the lava and how it extended in distinct lines and realized it was the formation of ley lines, and the hole was a powerful nexus point. As I watched, this huge being came out of the hole. It was like a masculine version of Pele, and I had to chuckle because I felt like I was in a scene from the movie Moana.

This being had so much rage he was seething. I looked at him and asked him, “How can I assist you?” Suddenly, I popped up very high, and I could see where the lines coming from the hole were blocked. These blockages caused the energy to back up and become stagnant. This is against the natural order, and the inability to flow through the land made this being seriously angry.

I asked to understand the blockages and was given glimpses of how there was direct energy manipulation. I saw churches, masonic temples, monuments, and other structures put on the land not necessarily to block the leylines but to take the energy for their own use. Selfishly, it starved those further down the leyline, yet at least energy was still moving. Over time fewer and fewer knew the leylines and their power, they stopped utilizing them, and this caused a serious backup of energy.

I began moving these blockages and watched the orange lava move and fill the lines as far as I could see. When it was done, the anger flowed out from the being, and ease came over the land.

I was then propelled to a violent war scene between settlers and a Native American tribe. It was brutal, and the tribe had this energy that I would describe as blood lust. They were feeding off of the anger that was in that land as it matched much within them.

When that scene ended, I was in the middle of the tribe, and I began to send calming energies. A beautiful blue mist fell down over the land and the people. The anger dissipated and what was left was crippling grief. I saw and felt the deep sorrow. I received the information that this tribe had experienced incredible loss. They felt hunted and displaced.

At that moment, the chief/shaman saw me and connected. He asked me if it was going to change or get better. I couldn’t lie, and as tears rolled down my face, I told him no. It wasn’t going to get better; the change was here. He asked how to keep his people safe, and I told him I didn’t know. I told him how sorry I was for what was happening, none of it was right.

He looked so sad, powerless, and defeated as he told me that he had a vision of men coming with things covering their eyes and ears. They couldn’t see or hear the truth. They were unable to understand the repercussions of their actions. He shared that these men couldn’t see the value in his people’s life. They marched on and on, taking over everything, and darkness cloaked the earth.

I asked him if he had received information about the rainbow tribe and the return of the earth warriors. He then asked, “My people return?” I said yes, but they may look like me or any other skin color on earth. He looked thoughtful and asked if when that time comes if man will still cover their eyes and ears. I said some still do, yes, but more and more people are stripping themselves of the things that kept them blind and deaf to the truth. A time of great change, and the return is upon us now.

I told him that I saw that in his grief, anger, and despair, he eventually left a curse on the land that was harming people. I told him that I understood why he could feel driven to do such a thing. I wanted him to know, however, that those that the taint affected could be his people returned in another life, wearing different skin and a different body but still feeling called to the land.

He looked at me with intense eyes, and I had no idea if he would still choose to leave a curse behind. I wished him peace and left.

That scene was then cleared, and I found myself on the land and home of this time period. Yet, the energy was different. I no longer felt nauseous, and my stomach was calm. The taint energy was still there, but it wasn’t as strong. It moved out easily, the land accepted the light, and it felt like the area let out a breath it didn’t know it was holding.

My client held space beautifully during this whole process. We discussed how neat it was that in order to resolve this issue, we went through layers of “time” and trauma, working in the space of all things are happening NOW. From this perspective, there was never a battle, only love, compassion, and healing.

My client then says, “This is how you will work with the land in Belize.” Energy slammed through me as confirmation, and I busted out laughing. I had been asking Spirit to show me how to complete my work in Belize of clearing the taint and gathering the ascension codes. Here it was, delivered to me through my last client before I leave for my trip this weekend. Divine perfection!

I leave for Belize on Sunday and will work with many of the Mayan ruins. I will be clearing the land of the taint. the human sacrifice energy and receiving the ascension codes left behind by the group that vibrated out of the denser reality. I will be in Belize from November 13th – November 22nd, working with the sites, the land, and the waters (cenotes and the Caribbean sea). It is welcome and appreciated if you would like to hold space for this sacred work. If you would like to take part in the distance healing offered on November 21st, once the ascension codes have been gathered, please click here: Mayan Sacred Sites Healing With Jenny Schiltz

Sending you lots of love,