Recording your own EVP's
A+ A A-

Recording your own EVP's 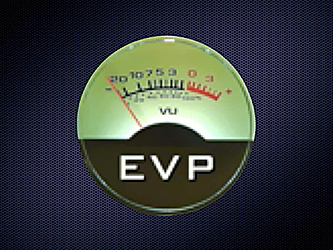 This should be the "old fashioned" type that uses magnetically recorded cassette tapes. Some ghost hunters use digital recorders....but I believe the jury is still out on them when it comes to collecting EVP's.

This is important....because if you "do" get something on your tape...you don't want to have the possibility there that is some old recording "bleeding" through.

If you try to use the built in microphone that come with most recorders, all you will hear when you crank up the volume is its own recorded motor and gear noises. EVP's are usually...VERY soft....sometimes just whispers. Often....when you hear one....you click the stop button and then ask yourself.... "Did I just hear something....or did I imagine it?" That's how faint many EVP's are.

A set of headphones.

I suppose you could dish out the bucks for an expensive pair....but the ones I use are from Wal-Mart and cost about $6.00

A sound editing program.
I recommend "Cool Edit". It works wonderfully for amplifying and cleaning up spirit voices.

A single "two plug" wire for connecting your recorder to your sound card jack on the back of your computer. This is just a simple speaker type wire with a "earphone" jack on both ends.

Once again....its easy to get caught up in your surroundings, forget and start carrying the recorder and microphone in the same hand. I've done this....and believe me....you will kicking yourself when you go to listen to your tape.

If you carry it.....try not to jostle the mike or move it unnecessarily. Doing this can cause HORRENDOUS static that is impossible to work with.

If the wind is blowing.....try to stop occasionally and turn your body so that you are between the mike and the wind before asking your questions and waiting for the answers.

Try to be serious....without being "too" serious.

Believe me.....you will feel just a bit strange standing in a cemetery and speaking aloud to the spirits that might be around you. I don't feel so odd anymore doing it....but I "do"
look around to see if anyone might be within earshot of where I'm recording that might hear me and think I'm nuts. :) Some people just wouldn't understand.

Introduce yourself and explain what you are going to do.

Ask any spirits that might be present to try to communicate with you. You may want to consider explaining that you have in your possession a machine which may let you hear what they have to say. This may sound silly....but remember you may be talking to spirits who left the world of the living long, long ago before things such as tape recorders were invented.

Once....after stating this aloud at a cemetery....I received an EVP from an apparently disbelieving spirit that simply said "Bullshit!".

I don't recommend leaving the recorder running for long periods. Its been my experience that 90% of the spirits respond within seconds if not instantly after you stop talking. However...this is not "always" the case.

I recommend asking a question then waiting in silence for about 30 seconds to a minute to wait for a response.

Don't be afraid to listen to your feelings. If you seem drawn to that little tombstone that is way across the cemetery...don't hesitate to walk over to it and start asking questions. Some of my best EVP's have been obtained that way. I recommend asking any spirits present to say their names. MOST of my EVP's are responses to that question. Spirits seem to be eager to tell you who they are.

Don't expect full sentences in the responses you receive. For reasons which we don't yet understand, spirits seem to have difficulty getting out more than two or three words before that mysterious window between this world and the next closes.

Perhaps "time" exists at a different speed where they are....who knows. I should note that many, but not all, EVP's sound like they are spoken WAY to fast. Often....they are spoken so fast that you may mistake them for the single bark of a dog in the distance. Using the computer to slow them down lets you find out for sure if it's really a voice spoken from the other side.....or "Rosco".....the neighbors Labrador. :)

A few words about "white noise".

Have you ever had an appliance running....like a box fan in Summer.....or have been running bathwater....or some other similar "white noise" causing activity....and thought you heard someone talking?

You were SURE you heard someone talking....but turning off the noise causes everything to become silent. Turn the fan or whatever back on....and you hear it again!
Eventually you become convinced that there really is someone outside talking that is either shutting up every time you turn the things off to listen....or that you are losing your mind.

This is "White noise".

We really don't know what effect it plays on EVP's.....but I will tell you this from my own experience. When its super still and quiet....I don't hold my breath for getting any good recordings. My best "outside" recordings have been made when the wind is blowing softly to big gusts. It could be just coincidence....but you never know.

Some people theorize that since the spirits don't actually have voice boxes anymore....that they are using whatever "existing" sound is available and somehow altering little pieces of it to act as their voices.

Now...once again I have to tell you that that is not always the case. My friend  Melissa...who contributes to this site has captured EVP's of INCREDIBLE quality in an old house where it was completely silent. Once again....who knows. This is a brand new school of thought folks.....and we are just now in Kindergarten.

It is also important to note that many people that I have contacted who also record EVP's believe that there is some connection with either/or the solar rays emanating from the sun or the earth's own geomagnetic field. BOTH of these vary wildly from day to day.

Be in the Flow of Love - Goddess of Creation

Horoscopes: January 17th Thru The 24th
Become a Patron!