The Importance of Healing the Physical Body 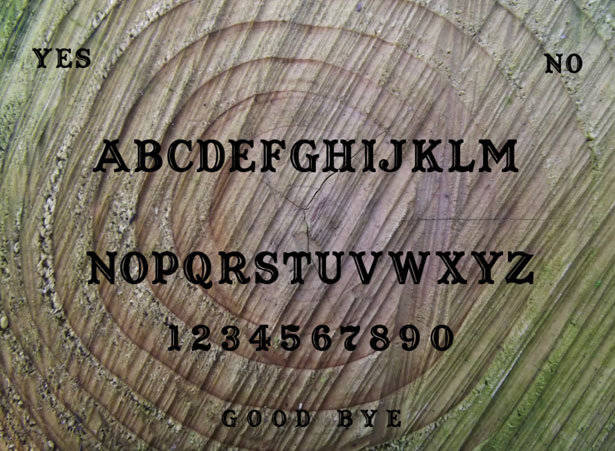 "The dead have time on their hands and they like to come back and interfere."

Women go to psychics for the same reason guys go to strip clubs: to see stuff revealed and to focus on what's usually in the shadows.

I've decided an interest in the paranormal doesn't mean I'm  going to start saying, "I see dead people."  (That phrase was only accurate  back when I was dating.)

I was brought up as a half-believer in a weird amalgam of religion and spirituality. In my childhood, I was taught to believe in the Roman Catholic Church, but to think outside the vestibule.

My aunts would go to church to light candles so that their prayers would be answered and also to appease the relatives who had already passed away.  They also lit candles at home.  We're not talking some kind of scented housewarming candles, either.  They weren't doing this for feng shui.  They were doing this so that the disgruntled dead would be less likely to wreak havoc on our lives.

They figured that the dead didn't have enough to do.  Maybe there  weren't any card games in heaven; no pinochle, no gin rummy-- or even Pokeno-- to pass time in eternity.  Meaning that the dead had a lot of time on their hands; they liked to come back and interfere.

If Grandma Marie couldn't help you find what you were looking for, you  might need to apply to Saint Anthony.  Apparently Saint Anthony liked when you took two chairs and tied them together back to back in the middle of the room.  If you did that, you could virtually guarantee finding whatever was lost.  (My cousin Angie commented rather bitterly "The only thing it doesn't work for is virginity.")

On my twelfth birthday, I got a ouija board.  Five friends and I were in the basement of the new house into which my family had moved a few years before. Our fingertips, we swore, were barely touching the wooden wheel-y thing.   Suddenly Marjie screamed.  "I felt something!  I really felt something!"

I switched on the light.  The room felt cold and it took only the flicker of a second to realize that we were all genuinely scared.  My father ran downstairs, asking what the hell had happened. When we told him what we were doing he simply muttered angrily, "For a bunch of smart girls, you're all really stupid" as he ushered us upstairs into the sunny kitchen.

Thirty-five years later, after plying my aged father with two martinis the year before he died,  I discovered that he had been genuinely worried by that incident in the basement.  Apparently  the only reason he was able to afford to buy the house was because the family who'd  originally owned it planned to make a gift of it to their son for his wedding. The boy died the morning before the ceremony.

"So they just wanted to get rid of the place.  Even left his things in the attic.  His parents left everything that belonged to their boy: his games, his books and even his uniform from Korea."

"You mean," I gulped, "that poor dead guy's stuff--his clothes and everything--was in the house the whole time we lived there?"

"I thought it would be bad luck to touch it," sipped my father.  He admitted that directly after shooing my friends and me into the kitchen that day, he went down to the basement and put salt in the corners of the room to drive out any spirits that might have lingered. My father, a rational man who didn't as a rule light candles, reverted to the ways of his relatives when faced with something that unnerved him.

We talked long into the night, my father, my husband and I, about the house I grew up in and how it never felt like home. We talked about ghosts, about what haunted us still, and we used those stories to speak about other difficult moments from the past.

The past and the future are the subjects of  any good conversation, so why not confess that I'm attracted to the shadowy parts?

They lead us back to the big questions, after all: the puzzle of who we have been,  who we are, and who we just might become.

Gina Barreca, Ph.D., is a professor of English at UConn, and the author of : It's Not That I'm Bitter: How I Learned to Stop Worrying About Visible Panty Lines and Conquered the World.
Source