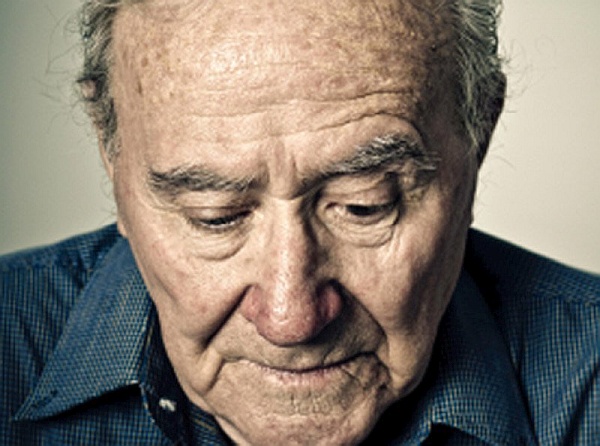 He got up and stood in front of the mirror…It had been a long time since he had done this; he looked at himself; slowly taking in his reflection. He observed himself and without uttering a single word he felt a depth of sadness. Melancholy overtook him and he asked himself- when did this happen? where did the time go? Now everything felt heavy and he was standing there all alone.  He never thought that moment would arrive so quickly, he was always used to feeling on top of the world.  He was used to looking down at others; now no one noticed him; he knew it was because none of his actions had left any mark or impacted anyone.  It was inevitable…he was alone.

There were no friends; he never took much importance to building or developing meaningful relationships because to him no one was worthy of his trust.  Deep inside he knew he did not want others to see his faults; which he denied even to himself….he had no one.

What of his children? He had children who never visited him or care to know about him as he had never bothered to accept them for who they were. He had never guided them, he had instilled judgment in them and now he was reaping what he had sown.

And what about the love of his life? Long ago she had left him, for he had no time to focus on her and could not let her in. Neither him nor his children took the time to accept her as she was; an outsider she had become and one day just like an outsider she left.

He was alone, he had preferred to live to make vast amounts of money to keep him safe during his old age; what he did not cultivate was love. Now he was standing there, alone, and wishing to be loved; wishing to feel the embrace of the woman who had loved him with her all, wishing to hear her voice and the voice of his children; but he had destroyed it all. Life had given many chances and different loves yet he taken all of them for granted. His egotistical nature destroyed it all; all he had was money and age–he new there would be no harvest for him.

Solitude overtook him as if he was being covered by a blanket; an empty, useless blanket; which did nothing to stop the chills from aching his bones–no, not his bones…his heart, his soul.

Now he was willing to pay any price in order to go back in time–he would then be able to stop the love of his life,  to tell her he loved her, to hold her and kiss her.  He ached to tell her she was the one…that no other person mattered before her. He missed her kissing his eyes, his lips, the way she would hold him. He missed her strength, for it took strength to leave him.  No matter, he had to face that time is not something you can get back…time waits for no one.

He was awaiting for death and even death seemed to have forgotten about him, or maybe it had something worst reserved for him. So he would look at his reflection and cry; like a child who has just lost his parents; he cried until he was down on his knees, feeling angry and helpless all at once–wishing not to go on!

Neither the parties nor the “fun” women had filled him.  Nothing now could fill the emptiness he felt inside, he had no real family or real love; he had not cultivated either one. All he was left with now was to watch his body fail as he aged, knowing he was soon approaching the end of his journey…
What a sad awakening!!!!

We have 1307 guests and no members online