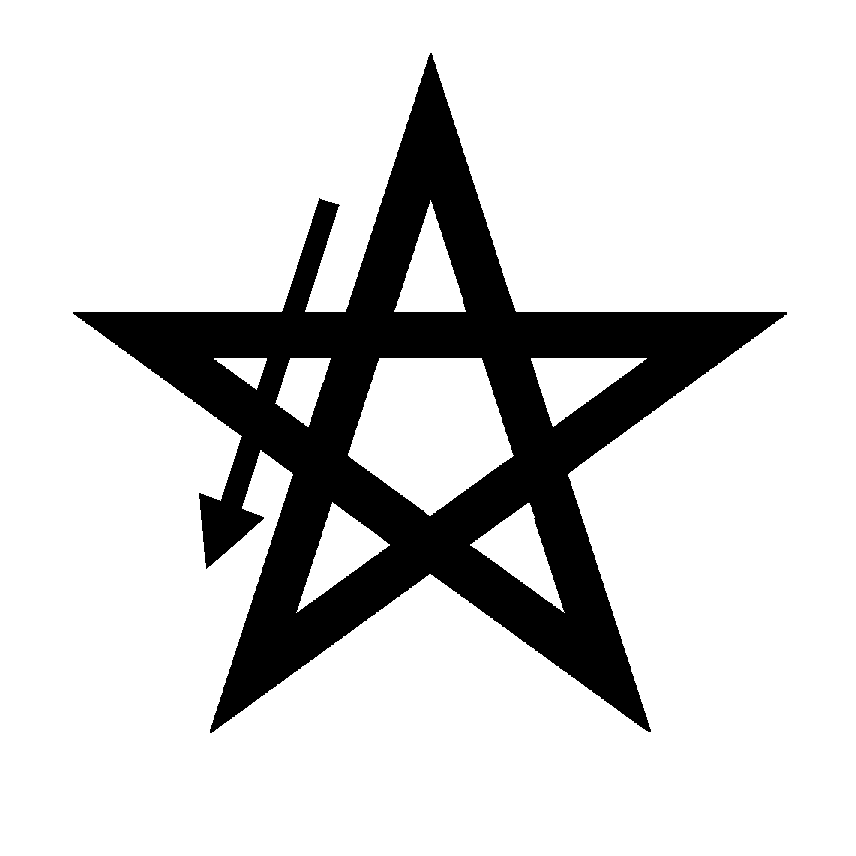 How to draw invoking and banishing pentagrams for Air, Fire, Water, and Earth.

Visualize the pentagrams as a bright, pure blue. It is the same color as an electric spark, the flame of a gas stove, and when lighter fluid or alcohol is set ablaze. If you cannot visualize so well yet that you can actually "see" a flaming pentagram, know that it is there as you draw it, and with time and practice you will be able to see it.

The Lesser Banishing Ritual of the Pentagram (LBRP) makes use of only the Banishing Earth pentagram. Your left hand will remain at your side. Make a fist and point with the extended index (first) finger. Point outside your left hip. Draw a line up above your head, and then move your finger to the outside of your right hip. Next, move your finger so that it is outside your left shoulder, then horizontally across so that it is outside your right shoulder. Finally, move it back to the left hip, ending exactly where you began. Your finger should always be pointing forward, away from you.

When you draw these pentagrams, the flame does not begin right where the tip of your finger touches the air. Rather, "project" the flame outward from the tip as if your finger were a laser, so that the pentagram is at least a foot away from your outstretched arm, perhaps on the wall or a couple inches short of the wall.

Wiccans, when making use of invoking and banishing pentagrams (which is rare nowadays as it is a technique taught in "Traditional" Wiccan circles), visualize them somewhat different. The pentagrams are not seen as corresponding to points of the human body. Rather, they are visualized smaller, usually at about the size of a large dinner plate or large serving bowl. The color of the pentagram is not necessarily seen as blue. It depends on which element a Wiccan is invoking or banishing - an Air pentagram will be visualized as yellow, a Fire pentagram red, a Water pentagram blue, and an Earth pentagram green. This is an adaptation of the ceremonial magick technique. 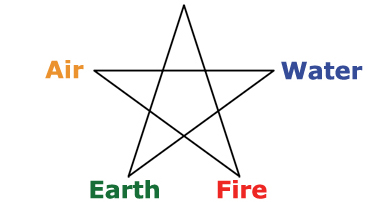 We have 1420 guests and no members online