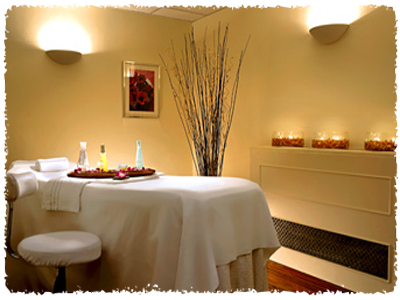 Rolfing is a manipulation therapy of the soft connective tissue of the body. This therapy is also combined with movement techniques to improve posture. Dr. Ida Rolf, a biochemist, developed this form of therapy. It is also known as Rolfing Structural Integration and has spread throughout the world with more than one thousand certified Rolfers in 26 countries.

The Basis of Rolfing Therapy

This therapy is based on the fact that our modern sedentary lifestyle, sitting at our desks and looking at screens, has resulted in poor posture. When bad posture becomes habitual then the body's muscles can develop patterns of unnatural contractions. The connective tissues in the bodies become malformed and form thick plates. These plates are known as fascia. The fascia serve to reinforce the bad posture and especially the muscular imbalance. They also affect the skeletal system. The purpose of Rolfing therapy is to break down these fascias and to restructure the muscles and body to improve posture. This in turn also improves general health. Essentially Rolfing aims to restructure and realign the body with its center of gravity and with the earth. This therapy also aims, through restructuring the body, to reveal other physical and psychological problems.

The basis of Rolfing therapy is very simple. The muscles usually work in pairs. For example, as one muscle contracts so an opposite muscle lengthens in the body. For example, as you bend your elbow the biceps or muscles at the front of the arms lengthen. This is a natural process of balance and harmony in the structural alignment of the body. However, if an unnatural action takes place in the muscular unity of the body- if, for example, the head is pushed out over a period of time, the body will become out of alignment with the force of gravity. If this unnatural posture is maintained over a period of time, the muscles will remain contracted and not relaxed. The fascia surrounding each muscle will shorten and lose flexibility. More importantly, this unnatural posture will become a new "learned" posture, which the neuromuscular system begins to accept as normal. Rolfers believe that this unnatural situation within the body creates not only muscular dysfunction, but also contributors to a loss of body energy and natural healing abilities.

Rolfers also believe that muscles, or rather the mysofascial system, retain a form of memory of past trauma or injury. These memories last for longer periods than the actual injury and remain even after physical healing. This causes rigidity in the physical structure of the body. As these imbalances occur over a long period of time, the body tends to accept them and adjusts to these changes in the structure of the system. This in turn also affects general health. The areas in which physical or emotional traumas are situated are known as "hot spots." These "hot spots" can be worked on during therapy by massage and other techniques.

The idea behind the application of Rolfing therapy is to identify these areas or "hot spots" and gradually realign the muscles and fascia. The improvements in posture as a result of this therapy should improve breathing and reduce the previously unnatural pressure on the rest of the human frame. This in turn should also increase energy levels throughout the entire system.

It is important to realize that Rolfing therapy is not only intended to improve posture and physical harmony. It can also have a beneficial effect on stress-related issues and can alter mood and improve awareness.

What to Expect in a Consultation

Before treatment actually begins, the Rolfing therapist will usually take full particulars of a patient's personal and medical history. The therapist would also be particularly interested in previous physical injuries. He or she will also observe the way that the patient walks as well as general posture.

The treatment begins with a session of about one hour that involves a gentle laying on of hands. This is usually a very relaxing process and is often accompanied by soothing music. The standard treatment in Rolfing therapy is usually about ten sessions with about two week intervals. The first seven consultations are devoted to a separate part of the body. For example, the first sessions are usually centered around work on the trunk and ribcage. This is intended to relax and help the breathing in preparation for the subsequent consultations. The last session the Rolfing therapy concentrates on realigning and restructuring the muscles and tissues.

It is important to finish the entire course in order to benefit from the treatment. The therapist will also give further structural integration exercises that the patient can continue after the actual treatment is over. These exercises are intended to retrain the neuromuscular system.

“Arranging the body so that it balances around the actual physical line of gravity is the goal of Structural Integration. However the work is neither so purely physiological that it ignores the experience of the person, nor too ethereal and ungrounded in physical reality. It is a meditation of a high degree. When one experiences an open balance of some part of the body in S.I., it is often with an interior sense of rightness, of recognition of the body as it was always meant to be. At the same time it has all the elegance of a geometry lesson, purified of subjective distortion and confusion. In a sense, Ida Rolf managed what William Blake never did: to combine a scientific understanding with an adequate grasp of soul.” Ed Maupin Phd.

Over a lifetime encompassing much of the 20th Century, Dr. Ida Pauline Rolf (1896–1979) developed a body of work that was concerned not so much with the alleviation of symptoms, but with the potential of humans. A formidable woman in many respects, as evidenced by a PhD. in Biochemistry (1920) and a position as a research fellow at the Rockefeller Institute (until she left to raise her two sons in 1929), Ida Rolf encountered Osteopathy, as well as Homeopathy and Yoga through personal and family health issues, and took her interest from the theoretical (to which she brought her considerable scientific powers), to the empirical and practical.

After many years of development, Structural Integration -- later dubbed "Rolfing" -- found its true place in the foundations of the Human Potential movement whose cradle was the Esalen Institute in Big Sur, California. Here, a new wave of explorers into the human condition understood Rolf's vision of the radical evolutionary nature of her work in a way which established professionals had not fully grasped.

Rolf invented a progressive ten session series of treatment to improve the overall organization of the human structure in order to communicate her ideas to the lay people she trained. It has proved an enduring template. Some thousands of dedicated practitioners have trained in the schools which have been established and continue to develop Rolf's work, and many tens of thousands of people of all ages have experienced and benefited from the work in the last 40 years

Ed Maupin was one of the first 7 people that Rolf trained at Esalen, and he has characterized the key ideas of Structural Integration as follows:

Gravity: the body must relate continually to the physical force of gravity, Fascia: As we struggle to move in a gravity field, the fascial webwork adapts to support our movement, and the shape slowly changes,

Movement: the theory of movement is based upon a dynamic, expansional relationship with gravity, and is in agreement with the best practices of dance and kinesthesiology

Geometry:  distortions can be analyzed in terms of geometric planes.

"Dr. Rolf developed a 10-session series which reorganizes the body safely and efficiently in a systematic manner. The first three sessions loosen the outer layer of voluntary muscles (the EXTRINSIC LAYER). The next four sessions organize the INTRINSIC LAYER, which is less voluntary, but which determines the relationship with gravity. The last three sessions INTEGRATE the two layers for unified functioning." Ed Maupin