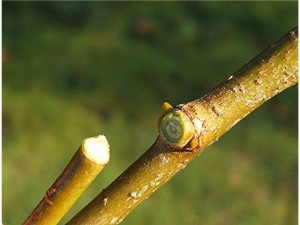 During the last few days I’ve sensed/seen a clean break with the past, a break that almost seems like a lake of molten metal or a liquid mirror depending on whether one sees it as horizontal or vertical. In any case we are in new territory from top to bottom, from the lowest levels to the highest levels. The question is what does that mean?

I’ve also sensed and experienced much activity on the lowest etheric planes. The question is now that these things have happened in the astral/etheric planes, when will we experience them here in the now? Here in the present moment or are we already experiencing them to some degree?

In multi-dimensional work I have been struck with the impression that I am creating the future while at the same time experiencing the here and now. It is like being in two places at the same time and kind of frustrating because I, of course, would like to be there and not here! Paradoxically, part of me is already there while the rest of me is catching up. Perhaps this is what the future will be like, creating the future while living in a previously created future; experiencing both at once. I am at the front of the train and at the caboose at the same time, leaving the tunnel and entering it with separate levels of awareness. Once both are functioning is the desired range it might be quite interesting and even possibly fun!

If I know that it has happened to the fast me, does that make it easier for the slow me to be more patient? Sometimes yes, and sometimes no. Well, the slow me has now seen the split and I must believe that physicality is now moving in a new and forward direction that did not exist before, at least as I experience it.

Another interesting phenomena is that some people seem to be experiencing one timeline of collective effort/unity (including myself) while others seem to be experiencing an awareness of the multiplication of individual timelines that might have been. Since I can only read about this type of experience I can’t expound upon it in any way other than to say that it also seems to exist as a valid perception of the astral/etheric. Except these multiplying timelines are not coming true in my personal experience! I would venture to say that these people are seeing something else, something that exists where they are going, where they are headed due to this splitting of the world of form. Perhaps these timelines are worlds that they are creating and upon which they will live after leaving their current physical bodies? Just a thought.

Perhaps this is the time to revisit my vision of when the new Gaia first appeared two years ago at 8th density. I sensed almost all of life locking onto it and supporting it with their very lives, even the animals. According to this vision and my understanding there has only been one timeline, a master timeline if you will, that has been followed for these two years. It has not altered or faltered when encountering all the other possible scenarios.

At the time I sensed that all life on Gaia was collectively creating this composite timeline, this one composite timeline. And all of life was forcing/calling forth the future possibilities that would create it. Those people, good or evil that were in positions of influence/power that could create positive change would find themselves either able to create this positive change of their own free will or be forced into doing the right thing against their own will. In this way, many that would be masters have now become servants of the people, having no other future before them than the pre-ordained one called forth by the collective life force upon Gaia.

In this perspective the smaller the person, the more free will they would experience. The more influential the person, the less free will they would experience. Those in power would be servant and puppets of the people, not of the powers that be. Karma with a twist. They created the problems, now they are called forth to solve them, and solve them in a way that does as little damage as possible.

In this entire ascension process so far only one thing has been shown to be true. As little harm as possible has been done to all of Gaia and all of the life upon her. We are truly blessed and I see no reason why this should change. The future looks bright to me!

Discernment Lessons: Who’s Really On This Channel?
If We Create Our Own Reality, Then Why Do We Get Old?
10 Surprising Things About CoVid-19 You Probably Didn’t Know

We have 1306 guests and no members online