Wholeness: One and Many 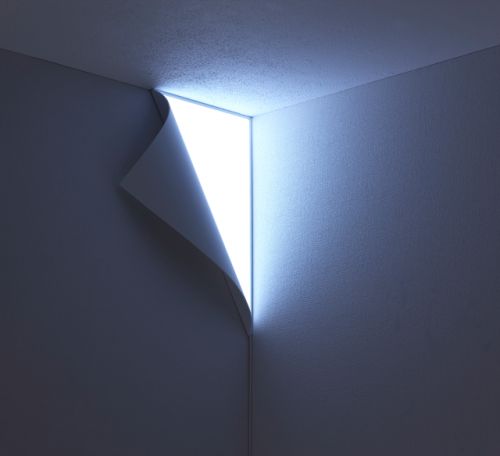 In ancient times people feared comets and eclipses because they always arrived prior to massive changes that too often were associated with catastrophe and disaster.  Wars, plagues, earthquakes, volcanic eruptions, droughts, famines, fires, and floods have often been the kinds of events that historically produced changes of the greatest kinds and therefore people dreaded them, still do. Members of the scientific community have always been antagonistic to the notion that great changes on this planet have come from sudden catastrophic events.

The party line in science is gradualism, a theory that all change has come from slow imperceptible evolutionary events over great time frames. Why are they so fixated on this? Well, for several obvious reasons. People tend to be afraid of change and especially sudden change that they seem to have no control over. So they feel more comfortable with slow imperceptible changes that don’t rock the boat and this gives people the illusion of safety. Thus most scientists have joined with the catastrophic change deniers, not so different from climate change deniers. The second main reason they adhere to slow change theory is that most of them have hitched the wagon of their careers to this theory and the catastrophic change theory threatens to bring catastrophic change to their reputations and careers. Thus they are willing to overlook masses of new evidence that there have been huge events, such as the great flood, that have altered the landscape of land and civilization dramatically and profoundly. As usual the truth is that geologic and human history is a product of both gradual change and sudden massive change, not either or. Why can’t they get that?

Recently some out-of-the-box scientists have been bringing to light copious evidence of massive catastrophic change on this planet. You can follow through on this research if you want to online. You can also read “Magicians of the God’s” by Graham Hancock although I warn you it’s a scholarly tome. Approximately twelve thousand years ago there was a dramatic and sudden catastrophic event that changed life on this planet forever. Fragments of a giant disintegrating comet hit the ice sheets of the northern hemisphere during the ice age and caused flash melting on a massive scale. Torrents of floodwaters were created almost instantaneously that tore southward over land all over the world gouging the land, carving huge channels, and dragging enormous rocks all over the place. The land was instantly transformed and whole tribes were wiped off the face of the earth. The climate changed overnight and millions of species of plants and animals were destroyed. The result was a massive flood described by legends, myths, and stories from tribes all over the earth. Symbolic messages about this event were posted in temple complexes worldwide as a warning to future generations that this could happen again and they pinpointed a time twelve thousand years hence, in other words now. Further evidence reveals that this comet is on a twelve thousand year orbit around the sun and that every time it returns and passes near to earth it creates some sort of havoc on earth. Twelve thousand years ago was only the latest in a series of similar events.

Now because of these cycles of history we could conclude that comets cause cataclysmic changes on the earth, that it is their fault. This would seem reasonable considering the historical record. But it is also possible that this might not exactly be true in the way that we think. What if is the function of these cycles to cause change and what if human consciousness was able to harness a comet returning every twelve thousand years to strike the earth and create the changes we have seen. We know that the orbit of this comet is not exact and it could miss the earth on another pass or it could score another hit creating catastrophe. We know from its orbit that the comet is due any time now but what if this time we are looking for internal changes and not necessarily massive external changes. Could we not arrange to have the comet fly by us without any of its disintegrating parts hitting us? So maybe the comet is just the tool or instrument of change and not a cause in and of itself. Perhaps it is just a convenient device.

For the first time in recorded history we are technologically capable of defending our world from the comet chunks flying toward us by steering them away from us with nuclear devices. Of course this would take extraordinary cooperation among all the countries of the world, not so probable as things look now. However perhaps we do not need to resort to such technology. Maybe we are capable of simply collectively dreaming the comet’s chunks away as needed.

Change is a constant on the earth but is subject to fluctuation depending on the time period and relative to certain geographical locations.  At the end of every two thousand year cycle, the planet with all its inhabitants experiences an acceleration of frequency that translates into a period of intense global change. As you have seen twelve thousand years ago massive changes occurred on Earth that dramatically changed all of history from that point on.  Great Earth movements and climatic changes took place that resulted in huge migrations of people, the end of civilizations, and the formation of new ones.  This time frame corresponds with the shift of civilization to Egypt and the destruction of civilizations in South America, Antarctica, and central Asia. So one cycle of change on this planet is a twelve thousand year one and another is a two thousand year cycle and these two cycles do coincide. In fact they are coinciding right now.

Today, changes of this magnitude are beginning to take place again but with a somewhat different flavor. Whereas twelve thousand years ago the changes were dramatically external, today many of the changes will be dramatically internal affecting the human psyche. In fact, never before has the Earth witnessed such a great change in consciousness as will be seen in the next fifty five year period. The last few years of the twentieth century and the first years of the twenty first century signal an era of mammoth change penetrating every level of life that include economical, societal, scientific, political, climatological, geographical, and environmental.  These changes have already begun and by now you should be feeling the discomfort of these massive changes in your psyche, symbolized by vague dread, anxiety, depression, anticipation, excitement, and a host of shifting emotions that can at times be trying and overwhelming.

Individual human beings are capable of accelerating change for themselves or for the masses depending on their power and their interest in doing so.  You personally can make a difference in how the inevitable changes play out on the grand scale by focusing your intention on what you would like to see and experience.  Change always begins at the blueprint level, created out of desire and intent, and manifests itself in subtle form first. You could say it can be felt but not seen at first.  Next comes the physical manifestations of change with the accompanying emotional reactions and responses.

The most significant changes that are imminent coincide with the shift on the planet from a young soul perspective to a mature soul one, or from that of a “me first” child frame of reference to the relationship orientation of the adolescent, “me and you and I know how you feel”..

The most effective responses to changes from an external source that you have no control over are acceptance and surrender.  Such changes might include the sudden death of a friend, elections of difficult leaders, a dramatic change in climate, natural disasters of all types, and large scale human migrations that are beyond your ability to prevent. When these types of changes take place you can investigate what the changes are all about and you can look to see what kinds of opportunities are available within the context of the new changes; then commit yourself to taking action aligned with the changes.  Staying fluid in the face of change keeps you flexible and able to move around obstacles.

A negative response to change that comes as a result of outside forces is stubborn resistance; hanging on to the old, denying that change is taking place or simply pretending that it isn’t happening.  Stubbornly contracting and hardening in the face of change makes you less adaptable, more brittle, and thus more breakable. This means a greater possibility of personality breakdown.

Because this topic of change is so big, I will continue to discuss it in future articles this year

JOSÉ STEVENS
José Stevens PhD is an international lecturer, corporate team builder and organizational coach, consultant and trainer. A psychologist, licensed clinical social worker and author of more than twenty books and numerous articles, he is also co-editor for A Journal of Contemporary Shamanism and a board member of the Society for Shamanic Practitioners. He is the founder, with his wife Lena, of the Power Path School of Shamanism and The Center for Shamanic Education and Exchange, a non-profit organization dedicated to educating youth in indigenous cultures. He has completed a ten-year apprenticeship with a Huichol Maracame in Mexico and has studied with the Shipibos of the Amazon and the Paqos of the Andes for the last thirty years.
Go to: www.thepowerpath.com
back to top
Tweet

A Shamanic Practice In Supreme Self Awareness
How Do I Discern the Real from False?
Men And Emotions: The Legacy Of Patriarchy

We have 1373 guests and no members online