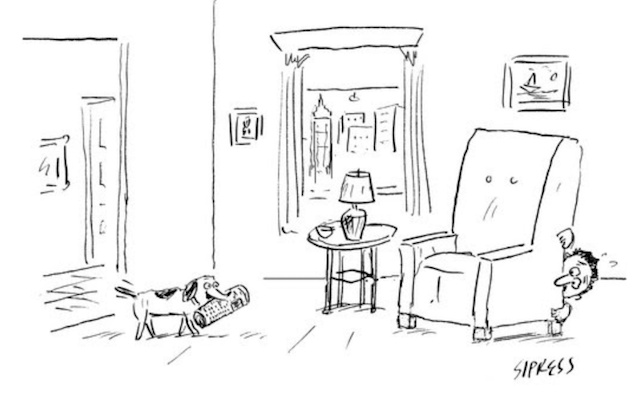 When you put too many rats together in a confined space in conditions of scarcity for a prolonged period, you get what appears to be highly dysfunctional behaviour — a spike in extreme violence, obsessive hoarding, top-down abuse from throughout the group hierarchy, anomie and suicide at the bottom of the hierarchy, abandonment of family, and ultimately killing and eating of the (weaker) young. What had evolved as a mostly-peaceful, sensible and sustainable group culture crumbles and collapses.

Five years ago I argued that there is no reason to believe human cultures should be any different. What Dmitry Orlov describes as the five stages of cultural collapse resonates almost eerily with Edward Hall’s description of the collapse in overcrowded rat societies.

Since I wrote that, my worldview has changed considerably. As I’ve explained elsewhere, I no longer believe we have the free will or agency (individually or collectively) to change our innate and enculturated behaviours.

So how does one explain the phenomenon of collapse in light of evolutionary theory? And what does this mean for the future of our species and planet?

It seems to me that cultural collapse is essentially the collapse of order into chaos. It takes an enormous amount of energy (in every sense) to maintain order, so ultimately collapse back into unorder (entropy) is inevitable. The astonishing evolution of a staggeringly complex, highly-ordered, diverse, self-sustained balance of life and environment on Earth was, if you buy Gaia theory, equally inevitable. So at many, many different scales evolution is essentially a lovely, eternal succession of waves of increasing complexity and then falling away (collapse, or devolution) into unordered chaos.

What happens at the point of collapse? There is no longer energy (food, fitness, force etc) to sustain the highly-ordered complexity that has been built up. Behaviours that had evolved over millennia to fit with the rest of the ecosystem and the environment suddenly no longer ‘work’. Is the increased aggression and hoarding of the alphas, the eating of the young and the depression and suicide of the lower-downs in the hierarchy (of rats, or humans) an attempt to enable a small number of alphas to survive once it’s realized (at least subconsciously) that the culture as a whole cannot hold? That’s an interesting theory, but it seems more likely to me that what we’re witnessing is just chaotic behaviour — instincts that evolved for one situation being applied (largely inappropriately and dysfunctionally) in a situation the creature (and the group) had never experienced and were clueless to know how to deal with. It is, in essence, senseless behaviour.

The evidence of financial, commercial, political and social collapse (Dmitry’s first four stages) has never been more obvious or abundant than what we have seen in recent months. What we are seeing is the desperate theft by the rich from the poor on a massive scale (the alpha rats hoarding, using offshore tax havens and buying up land in Hawai’i and New Zealand to escape to when living in the cities is no longer viable).

Mostly what we are seeing, everywhere, from the streets to the centres of power, is unprecedented rage.

We see it in the butchery by machete of nearly a million Rwandans by their neighbours. We have seen it in the staggering and nearly-unquestioned (at the time) cruelty exhibited in concentration camps since the dawn of civilization but increasingly as our human population has soared toward eight billion. We see it in monstrous factory farms where acts of unspeakable confinement and cruelty are meted out on a massive scale away from public scrutiny. We saw it in the multi-millionaire Las Vegas gambling addict/real-estate speculator’s shooting frenzy. We continue to see it in the multi-millionaire New York gambling addict/real-estate speculator’s tauntings on Twitter, while we continue to believe, astonishingly and nonsensically, that neither he nor his equally-deranged Pyongyang counterpart, will actually push the button that will bring civilization to a close much quicker than either economic meltdown or climate change could. And we’re all deranged by this culture.

Meanwhile, the US has more guns than people, many of which are or quickly could be converted to instruments of mass destruction. Our civilization is built (with the best of intentions) on the concentration of wealth and power and the capacity to wield it over those lower in the hierarchy, to keep us civilized, domesticated, to keep us, like the lower-hierarchy rats in the overcrowded cages, obedient, cowering in fear, driven to do as we are told by anxiety and adrenaline, and addicted and medicated the rest of our lives with dopamine-fuelled escapes we call “entertainment”.

This is final-stage collapse. We are just so used to the fear, the oppression, the obscene inequality of wealth and power, the corruption, the incarceration, the constantly but scarcely suppressed rage, that we can’t see it; it’s the only life we have known.

I would suggest that this collapse actually began to occur with the invention (which was essential for our species’ survival during past sudden climate changes that created severe scarcity) of the arrowhead and (what Richard Manning has appropriately called “catastrophic”) agriculture — unnatural patches of monoculture crops and confined animals maintained by constant high-energy interventions (work drudgery). The next essential inventions were settlement and (complex, abstract) language, and voila! — civilization culture. In short, I would suggest that civilization is a fascinating but ultimately unsustainable experiment in managing scarcity. We are not ‘meant’ to be (not naturally adapted to) living that way. And while the span of civilization is only a few millennia (an instant in geological time), since we have known nothing else, we are as ill-equipped to deal with (or prevent) its collapse as the clueless rats faced with sudden unnatural scarcity in their hopeless cages. In Darwinian terms we are not ‘fit’ to cope with it.

When you believe, as I do, that we do not have ‘free will’ to do other than what these bodies we presume to inhabit were going to do anyway, given the circumstances of the moment, what do you tell all the rats scurrying around desperately in the cage, acting more and more dysfunctionally?

You don’t tell them anything. For me, and perhaps for some of you, it is better, and enough, to know, to have made some sense of what is, than to just be bewildered (or disappointed) by everything horrific that’s happening. This is only a theory of course. I’m still anxious about it, hopelessly hopeful about changing it, escaping it. But somehow I feel a bit better with this ghastly theory. This corner of the cage is a little more comfortable, a little quieter, than it might have been otherwise.

How Much Are You Filtering Your Truth? – Image Alterations Aren't Just For Big Media Anymore
The Tragic Spread of CoVid-19 Misinformation
Covid: A First-Hand Experience