Astrology Of December 2019 - The Grand Finale 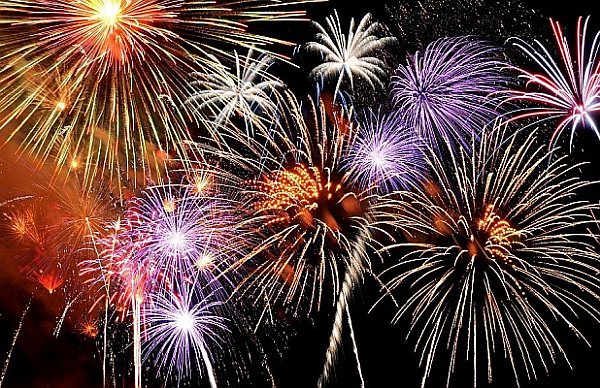 2019 couldn’t have ended in a more grandiose manner. It’s like all the important transits of the year have been waiting for December.

When I write the monthly reports, I usually put the most important transit in the title, for example, “Uranus enters Taurus” or “Venus goes retrograde” but I just couldn’t pick just one asto event for the month of December, because there are simply too many things going on.

There was a lot of build-up in 2019. 2019 was like a suspense movie, we’ve been given clues here and there, we’ve been left wondering, but things didn’t quite make sense. In December the plot will finally be revealed. This is the Grand Finale.

Talking about Saturn conjunct Pluto. To say this is an important transit is an understatement.

The two have met last time in 1982, and since then, the world has changed dramatically. I wanted to say this is an explosive transit, but ‘explosive’ isn’t quite accurate.

Saturn conjunct Pluto will feel more like an implosion, rather than an explosion. An ‘explosive’ transit would be a Mars transit. When we have a Mars transit, there’s a lot of inner tension that has to be played out. But Saturn and Pluto are the forces of nature themselves.

When they are in transit, there is a lot of pressure from the outside pushing in, causing everything around it to collapse. This doesn’t mean you will collapse, or that ‘collapse’ has to be something negative.

Everyone seems to be afraid of Saturn conjunct Pluto, but this transit is not as negative as it may seem. It is much deeper and complex and deserves a special report which I will send you in the coming weeks. I am also working on a brand new program on how to deal with Saturn, Pluto, and their new cycle, so keep this in the back of your mind, until I send you more details.

But let’s have a look at the most important transits of the month:

On December 2nd, 2019 Jupiter enters Capricorn. This is one of the most important transits of the year, because Jupiter only changes signs once a year, and when it does, it ALWAYS brings changes in your life.

Capricorn is a very hierarchical sign, dividing everything into classes and ranks, order and structure. Jupiter is pretty much the opposite – Jupiter loves coherence, and it’s monotheistic at its core.

On December 3rd, 2019 Venus is conjunct the South Node of the Moon at 8° Capricorn. This is the second (and last) time the Goddess of love meets up with the Lord of Karma (we had the first conjunction in February 2019 at 25° Capricorn).

The South Node distills the quality of the planet it gets in contact with. Venus conjunct the South Node in Capricorn is like an expensive perfume that never gets out of fashion. Perhaps with a tint of musk.

On December 8th, 2019 Sun (at 16° Sagittarius) is square Neptune (at 16° Pisces). Sun is our identity, and Neptune is the planet of transcendence.

In reality (even if ‘reality’ is a world Neptune is not keen of) you can be whoever you want to be. Even if in the process you’ll have to lose yourself.

On December 9th, 2019 Mercury enters Sagittarius, the sign of its detriment. Mercury is in up for a fast ride in Sagittarius, because Mercury has caught quite a bit of speed now and will only spend 20 days in this sign.

What does that mean for you? For the next 3 weeks, things will just fly by, leaving you bewildered. “What the hell just happened? “How could I not see it coming?”.There’s just too much to process this month, and Mercury will not be very helpful.

This month you want to follow your intuition, even if it comes difficult to you, even if you’re the logical/scientific, “I only believe in what I can see” type of person.

What a Full Moon! Venus is completely sandwiched between Saturn and Pluto (Saturn is at 19° Capricorn, Venus and 20° Capricorn, and Pluto at 21° Capricorn.) And the Full Moon (at 19° Gemini) is quincunx all of that.

AND, if that was not enough, on the same day, Chiron changes direction. The primal identity wound (Chiron direct at 1° Aries) can no longer be ignored. This time, we have to get to the heart of the matter (Venus conjunct Saturn and Pluto). No matter how.

Because the quincunx will ask you to find a creative solution. Pay special attention to this Full Moon, because it will reveal what the monumental Saturn-Pluto conjunction in January 2020 is really about.

So when Chiron goes stationary retrograde (once a year) and stationary direct (also just once a year, i.e. now) we feel its energy more strongly than when Mercury, Venus or Mars are square Chiron, for example.

So if you’re Chiron-sensitive (and if you’re into astrology, you probably are) Chiron stationary direct will reveal something very personal and vulnerable about yourself. Something you don’t feel easy about. But something that if you choose to explore and embrace, will eventually heal you.

On December 20th, 2019 Mercury (at 16° Sagittarius) is square Neptune (at 16° Pisces). Mercury is the planet of perception, of how we make sense of the world.

Neptune blurs everything, showing us that beyond our perception (stimulus decoding and all of that) there is a higher truth, a truth that cannot be understood if we go with how our mind is designed to work.

The result? We get confused. We doubt everything. We even doubt ourselves. But this process is absolutely necessary, if we want to upgrade our understanding of reality and of ourselves.

Everything will start to make sense again, when Mercury will enter Capricorn and conjunct Saturn and Pluto, in January 2020.

The Sun will eventually cross the celestial equator 4 months later, on March 21st, when the day will be equal to the night. Until then, let’s celebrate the “birth” of the Sun and wish all the Capricorns out there a happy birthday!

On December 25th or December 26th (depending on where you live) we have a Total Solar Eclipse at 4° in Capricorn. This is a South Node Eclipse, so it’s about completing a chapter.

This is a very important eclipse, and I can’t wait to write more about it. For now, I just want to mention that this is not a “bad” eclipse even if it’s connected with endings and even if we have that heavy Capricorn stellium. The Eclipse is conjunct Jupiter and trine Uranus, which are positive, supporting aspects.

A new Sun-Jupiter synodic cycle begins, in the aftermath of the Solar Eclipse. Sun is our personal identity and Jupiter is the higher truth. This is a good time to examine our beliefs. Are they still valid? Do they still reflect the person we’ve become?

Today is a good time to start something that is connected to the role Jupiter plays in your chart (the house Jupiter rules, and the house where you have 4° Capricorn).

Mercury joins the Capricorn club (as if we didn’t have enough Capricorn ‘action’ already with the Sun, Jupiter, Saturn, Pluto and the South Node). So we now have a record of 6 planets in Capricorn and a lot of build-up for the Saturn-Pluto conjunction in January 2020.

This means that a particular area of your life gets special attention. Of course, that’s the house where you have Capricorn on the cusp. And that’s just the beginning. The Saturn-Pluto conjunction is less than 1° apart now, and will become exact on January 2020.

This is the Grand finale, my friends. After being epically eclipsed just a few days earlier, the Sun is now dissolving under the South Node, to be completely released from its Capricorn karma.

What a December! It’s been a lot going on, but it was all necessary. You’re now ready for a New Year.

We have 1161 guests and no members online