Creating the Future in April 2021 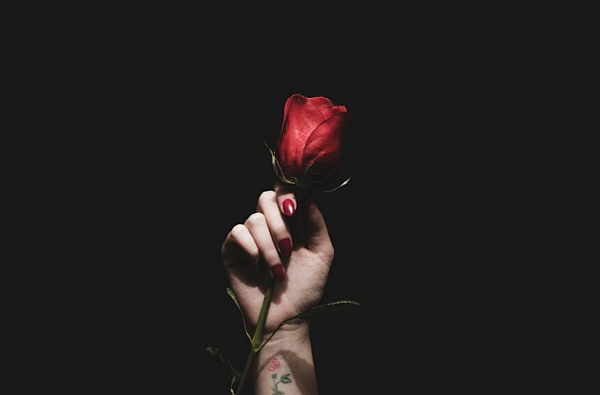 Reclaiming our rage is a part of our — ongoing, non-linear — healing journey we don’t often hear about. Most of the spiritual community seems to understand anger itself as something that must be healed, that is, toned down, counteracted, suppressed; more often than not, rage is equated to hatred, considered as an antithesis to world peace and inner peace, to compassion and love, labelled as toxic.

As it turns out, this outlook is not too far removed from the biased, gendered regulations of emotional expression we observe in our secular society: anger is still shamed, denigrated and stigmatized, in some cases more than others — women and POC are especially held to higher standard of behaviour, and their anger is considered especially shameful and outrageous, even if and especially when it emerges as a reaction to oppression.

Girls are encouraged to smile more, use their “nice” voices and sublimate how they themselves may feel in deference to the comfort of others. Suppressed, repressed, diverted and ignored anger is now understood as a factor in many “women’s illnesses”, including various forms of disordered eating, autoimmune diseases, chronic fatigue and pain. […] Today, we see girls and women at the forefront of movements fighting for climate change and resisting authoritarianism. They are demanding an end to institutional tolerance of corruption, sexual violence and discrimination. They are, significantly, taking the risks that come with the open, public and political claim to anger.

It would almost seem as though the beliefs and biases surrounding anger are way more toxic, destructive and invalidating than anger itself. Turning the other cheek is still a more accepted MO than responding, resisting and revolting. We’re pressured to be the bigger person, to avoid stooping to the same level of our oppressor, to gaslight and manipulate ourselves into denying the validity of our rage. This, in turn, gives way to a sense of cumulative fury that is only bound to negatively impact our self-worth, our confidence, our boundaries and our personal power in the long run.

The memory of a time when our anger was punished, when we internalized the rage we felt towards our aggressor and the feeling of powerlessness that came with doing so, is still alive and vivid in many of us. I am one of those ‘many’: years of emotional and sometimes physical abuse, endured during childhood, by a caretaker, to which I was not allowed to respond, had taken a toll on my psyche at some point. I was discouraged and punished for voicing my anger and indignation about my abuser’s behaviour, as it happens in many toxic families. As a result, my perception of what constitutes an appropriate response to threats, real or imagined, was severely fucked up for a while; I had trouble with standing up for myself, and when I did, my anger would quickly spiral out of control.

The fact that, even in the spiritual community, anger was and is still considered a taboo did not really help, even though, on a surface level, attempting to eradicate it from my system seemed to improve things — or at least it was a major source of gratification for my Ego, which always loves a good fantasy of being “enlightened”.

It wasn’t until I started to develop insight into the double standards upheld in our society, to process the fact that patriarchy and white supremacy frame anger as “valid” only when it comes from those who are seen as the default human beings, for whom anger is a confirmation for their gender role and authority, that my own internalized biases and cognitive dissonances started to give way to clarity.

Once it becomes clear that silencing anger is a mean to enforce inequality, it also becomes easier to accept the fact that there is nothing inherently “bad” about anger.

Since February 18 of this year, Chiron in Aries has been drawing our attention to our internalized anger, the message it carries, its positive potential as an agent of change and liberation.

Chiron in Aries is amplifying the message that there is nothing childish or immoral about feeling angry; contrarily to the dominant narrative, rage is not a sin, a symptom of weakness, a synonymous of violence or a sign that we are “not spiritual enough”. The shaman (I prefer this label, rather than “wounded healer”)’s passage through the sign of the Ram is helping us debunk the dominant narrative that surrounds anger and reclaiming the fragments of ourselves that were sacrificed so that we could conform to it.

Like our healing journey itself, though, this is not a linear process. Chiron stationed retrograde in Aries on July 9th, 2019; for some, this phase has been all about sinking back into trauma, and being met once more with those very same feelings of powerlessness, guilt and shame. Many of us found ourselves back in that place where we need to choose between asserting ourselves or bypassing our humanity, thus denying ourselves the right to feel, and ultimately denying our very existence. In truth, the choice was between subscribing to the old narrative of our responses being unjustified, exaggerate, worthy of punishment, or stepping up into our sovereignty.

As Chiron stations direct on December 13, 2019, at 1°26 Aries, we are rediscovering once more that we are allowed to refuse, to say no, to have boundaries and to raise our voice. Not only no one is going to punish us for that, but our life might very well take a turn for the better after we allow ourselves permission to express our feelings of anger. We can be heard, we can be supported by the millions of survivors around the world who know how it feels like to be targeted, attacked, dehumanized, and who know that the abuse and the anger that arises as a reaction to being abused are not and never will be on the same level.

Our collective is awakening to the importance of recognizing anger as an integral part of human experience; even just by recognizing and validating our own feelings, we are doing more that we could possibly imagine.

If you want to know how Chiron’s direct station might affect you, you can request a personalized reading. Tarot readings are also available.

Photo by Daniel Apodaca on Unsplash.

We have 1858 guests and no members online