Your Weekly Guide To Planetary Influences November 18 to 24, 2019 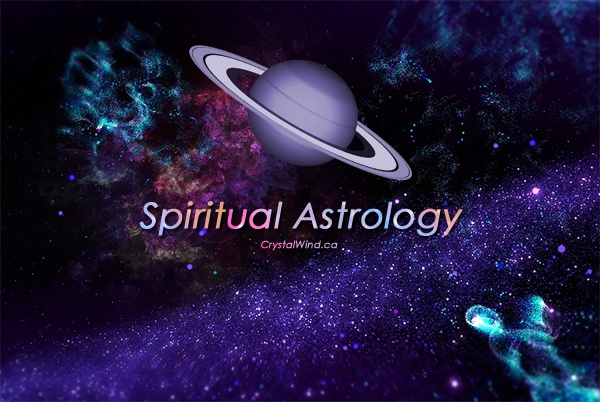 On September 28/29, Saturn will go stationary direct at 26 Capricorn. It now moves forward to forge the last part of the structures represented by the “fork in the road of destiny” by its septile to Neptune and biseptile to Uranus, fusing both the First and Second Grand Irrationality energies which will be triggered when Jupiter makes its transit over 24-28 Capricorn between mid-November and mid-December!

Saturn is now in its closing (waning) phase with Uranus. These two planets play a huge part in how we fulfill our individual destiny, since Saturn’s mastery of the visible world gives structure to Uranian genius. By how we respond to opportunities to individualize, making them grounded and effective over the long haul, we come to express our unique talents and purpose for being a Spirit in the material world.

This is the next turning point in the dance of individualization we do with these two spiritual heavyweights. They were in a beneficial waning trine between late 2016 and late 2018, bringing new ways of blending the old with the new, as well as ways to innovate life structures so they allowed us more freedom and individuality.

In 2019-2020 they’ve made a tredecile and biseptile. The first biseptile from Saturn to Uranus was January through May 2019, which began the crystallization by Saturn of the seeds of the Uranus biseptile Pluto already planted in the past. These biseptiles mark major forks in the road of destiny, as Saturn has made these visible in the world. While Pluto’s influence is invisible, Saturn’s is highly visible.

Saturn is bringing form and structure to the “invisible seeds of radical transformation” indicated by the various biseptiles between Uranus and Pluto. The previous one occurred between October 2019 and mid-June 2020, which marked an extremely volatile period in world events, as well as a time of crucial choices and changes in our lives related to Capricorn and Taurus sectors. Interestingly, Uranus and Pluto have been in tredecile between June and early November 2020, and will make another biseptile between November 2020 and May 2021, with the final one between late Dec 2021 and mid-April 2022.

These Plutonic seeds were next given form by the biseptile between Saturn and Uranus in December 2019 and early January 2020. The final biseptile has been occurring non-stop between July and November 2020, and it’s easy to see we’ve hit another “turning point in the road of destiny,” where the future of the world is on the line as the irrationality of our times sets the tone for the extraordinary conflicts in the near future.

Now that Saturn is again in forward motion, it will re-trace ground it covered since it went stationary retrograde in May 2020 at 2 Aquarius. Since it entered Capricorn, we’ve been preparing for new group activity where we can demonstrate cooperation and new ways of being effective in the social realm. In Capricorn, it restructured all of Pluto’s seeds planted during its transit of Capricorn, and now that it’s made its conjunction in January, it now is creating structures in late Capricorn and early Aquarius which will sprout Plutonic seeds for many years to come!

In 2020, its shadow zone is between 26 Capricorn and 2 Aquarius. You can find out more about recent months when Saturn was retrograde in this crucial time period by taking a new look at Saturn Stationary Retrograde in May 2020 at 2 Aquarius – Nature’s Challenge Galvanizing Us to Action Which Liberates Us From Adverse Conditions

The area between 26 Capricorn and 2 Aquarius deals with “Group Performance” on an individual, philosophical, or spiritual level, as well as “Contribution” in the actional/personal realm. We experienced Saturn’s first transit of this span between February and April 2020, and are now done with the retrograde phase where we got a new look at that span from a different angle of approach and understanding. We now get to move forward a third time across this span, demonstrating we’ve learned the lessons our inner Saturn wanted us to learn. Because it’s Saturn, it all relates to our ability to demonstrate maturity, organization, and patience in taking command of our life trajectory.

Saturn occupied its stationary direct degree at 26 Capricorn all of September, and will continue until October 27. We now launch from this platform of getting in touch with the world Soul, and can move forward in our group work leading us to the radically different world of 2021! We now get a third look at our Spiritual Sisters and Brothers walking the same path we’re on, have a sense of both “clairaudience” and “clairvoyance,” each in our own way, and have seen how decisions must be made to move into a greater building work.

April, May, and June 2020 brought us to the threshold of the new era, when we “graduated into a new realm of being” by what mobilized us to specific action. Since May, we’ve gotten a second look at all these things, and now stand a final time on the platform of “Group Performance.” Look at all of 2020 as our training for our role in current and future group work, and now enter the final approach to the Grand Mutation at 1 Aquarius, which will set a 20 year Aquarian pulse into play, as well as a 200 year era of Air sign dominance. Humanity and the Earth are evolving out of a 200 year era of being stuck in materialism into a 200 year era of relatedness and movement.

Saturn will be in its 2020 “shadow zone” until it again moves across 2 Aquarius between December 26 and January 4, after which it continues its movement through the first half of Aquarius. After that it will begin structuring Aquarian energies wherever we have the first half of Aquarius in our charts. So continue to see the life in Nature all around you, and how you can understand you’re part of the world Soul’s movement of energies.

Saturn’s many conjunctions of January and March 2020 set the stage for all that will come over the rest of the first half of the 21st century. That was a very intense period of multiple conjunctions with every planet except Jupiter, Uranus and Neptune, and set the structures which will dominate the world stage for many years to come. Because Saturn is in its home signs of Capricorn and Aquarius, it will continue to be extraordinarily important in all our lives between now and 2024, and so all you can learn about embracing your inner Saturn will help you fulfill everything you need to know to navigate these ongoing major changes!

For now, take a look back at what you first encountered between January and May 2020, and see how the review since then has helped you get ready for the adventure promised now that Saturn is again direct in motion. This is the Cosmic Timekeeper about to reverse course again and get back on the move, so it’s also time for us to move!

I’ll publish part 2 on this important moment in Cosmic Time this week, with Sabian symbols, aspects, and more.

We have 1637 guests and no members online