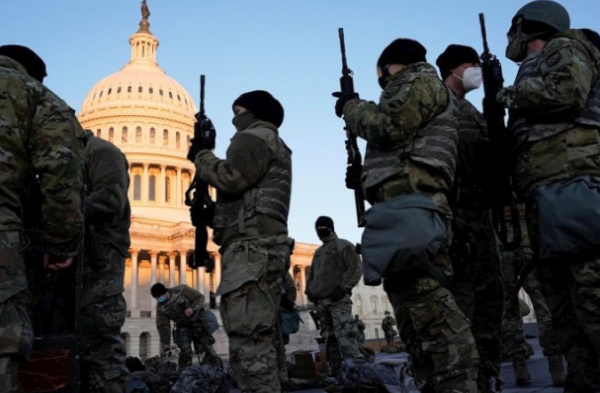 Inauguration day on Wednesday, January 20, 2021, is unlike any other. The FBI has warned of possible armed protests across the US as Donald Trump supporters and far-right groups call for demonstrations before Joe Biden is sworn in as president. [1]

The Inauguration Day astrology is explosive because of Mars conjunct Uranus. This combination causes impulsiveness, recklessness, violence, protest, rioting, rebellion, revolution, and explosions. The police, military, and militias will unpredictable, and volatile, and even uncontrollable. 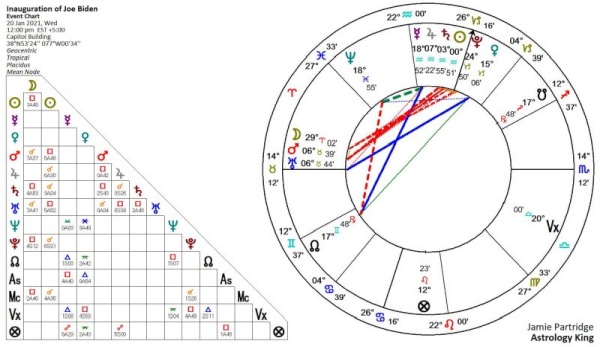 Mars conjunct Uranus is exact at 3:37 pm on Inauguration Day but its influence has been building for weeks. It will make the protests planned before the inauguration day more dangerous too.

At 04°44′ Taurus, Mars and Uranus are conjunct fixed star Hamal in the Head of the Ram. Hamal causes violence, brutishness, cruelty, and premeditated crime. [2]

A longer-term influence affecting current events is the November 30 lunar eclipse. “This is a highly charged lunar eclipse. It could trigger riots, anarchy, and revolutions.”

This is because the eclipse was conjunct fixed star Aldebaran, causing courage, ferocity, a tendency to sedition, and violence. [2] It makes people “restless and riotous, always stirring up popular dissent and revolution” and causes “civil and domestic wars.” [3]

The US Capitol Building Riot began when the lunar eclipse degree (08°38′ Gemini) was rising. It rises on Inauguration day at 1:19 pm.

The Mars-Uranus conjunction is conjunct the Moon. This makes emotions more heated and volatile, and the general public more restless and riotous. And the Moon is more powerful on Inauguration Day because there is a quarter Moon (01°02′ Taurus) at 4:01 pm.

Finally, Jupiter is amplifying and exaggerating the Mars-Uranus conjunction through the square aspect.

Jupiter square Uranus (January 17) causes impatience and impulsiveness that can lead to sudden and unexpected behavior, unrestricted by the moral standards of society. Revolution, rebellion, and chaos.

The Inauguration Day astrology indicates the danger of protests turning violent. There could be riots, anarchy, sedition, explosions, injuries, and death.

We have 1691 guests and no members online