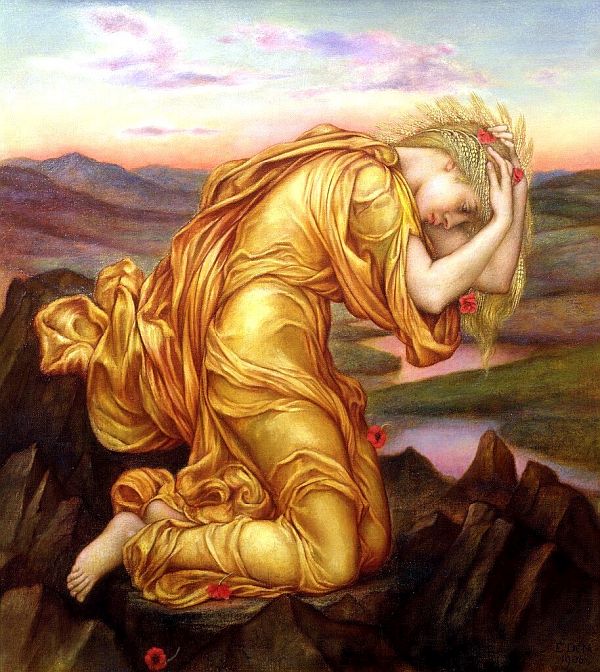 The New Moon on Thursday, was a good moon for reorienting ourselves and sharpening our focus. This will be helpful in trying to navigate some of the weather we have lying ahead of us for the next several weeks. Thanks to Mars, retrograde and unbridled in its own fiery domain, there could be moments of chaos, conflict and mayhem winding its way through our lives.

Combustible, loud, hot and combative, Mars in Aries is roiling and broiling. Even as the fires continue to wreak its terrible devastation in the Western United States and in the wetlands of the Amazon, Mars continues to do its work on the inner planes as well. Conjunct Eris, the planetary goddess of discord, and square malicious Saturn and Pluto, we have our work cut out for us. The portal to the underworld is opened, and all the demons and wraiths are being let loose upon the world, infesting minds and hearts.

Tuesday, the 22nd, is the beginning of Mabon, when Persephone is drawn back down into Hades’ lair, leaving her mother Demeter to wander mournfully over the earth, searching for her lost daughter. It is the crone Hecate, the Goddess of Winter, who finally comes to tell Demeter what came of her child. September 22nd, is the Equinox, the first day of Libra, and the first day of Autumn here in the Northern Hemisphere, while in the South it is the first day of Spring. One of the 4 corners of the Solar Year, it also ushers in Mabon, the time of year when we stand in the balance between Light and Dark.

Traditionally a sign of peace, Libra stands in stark contrast to its nemesis, martial Aries, and therefore can also be a sign of debate, and even open warfare and enmity. And as the Sun just barely dips its toe into Libra this week, Mercury is already deeply embedded here and is forming a contentious t-square with Mars (and Eris) in Aries; and Saturn (and Pluto) in Capricorn. T-squares are a configuration of at least 3 planets, where 2 are opposed to one another, and square a 3rd planet. In this configuration all 3 planets vie for supremacy, while working at cross purposes. This can erupt as conflict, agitation, and unrest in the world. Mars does not need to be stirred up any more than it already is.

The close, and ever-present Mars square Saturn brings out the worst in each planet. Negatively Saturn undermines and paralyzes us with guilt, fear, depression and negativity. Mars reacts with anger, guns, maliciousness and violence. Pluto unleashes the worst of our demons upon the world, while Eris further stirs up the pot. This why this combination of planets are so potentially combustible. So when Mercury steps into this configuration this week, at the very least, it will make us all the more aware of its work upon humankind.

Libra is a sign of peace and equanimity. A sign of balance and diplomacy. With Mercury having to  negotiate the apocalyptic trio this week, it will be all he can do to diplomatically wend his way through this firestorm that is brewing. Here is what we need to watch for:

The universal antidote for hatred is compassion. In order for anger and hatred to arise, the seeds must be there to begin with. The way to overcome it is by allowing ourselves to connect with others, in whichever ways we can. This is a complex topic. But one that we are being compelled to pay attention to as all of these planets battle for supremacy. Therefore at the Equinox, as we stand here in the balance between light and dark, may we sow heart-felt peace and equanimity, to carry us through the next quarter of the solar year.