Mars Stationary Direct at 9 Gemini Affecting Us Through 2024 Pt. 1

Mars Stationary Direct at 9 Gemini Affecting Us Through 2024 Pt. 1 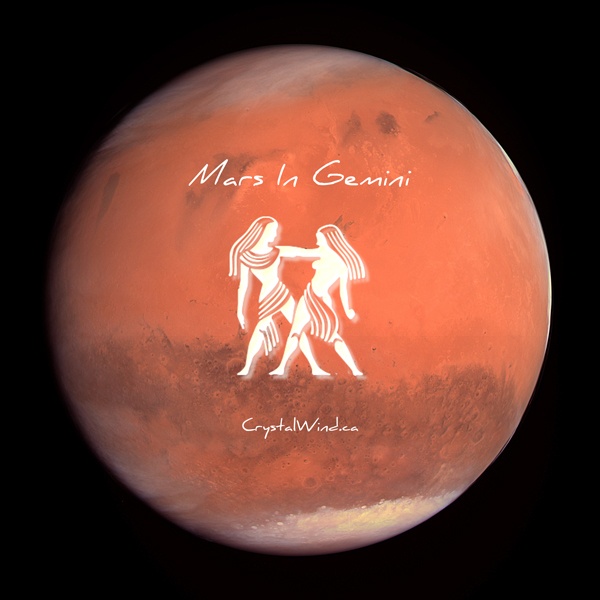 In case you didn’t notice, Mars has been in Gemini a LONG time! The retrograde period since late October has been a time of decreased momentum, deconstruction of some ways of doing things, and a time of preparing, training, taking care of things as prelude to future constructions, and on the whole a slow-mo time. That changes now!

After 75 days retrograde, Mars is finally going stationary direct at 9 Gemini at 12:56 pm PST January 12. This marks a point where Mars accelerates its pace relative to the Sun, where what we thought we began in August 2022 resumes its development.

It is a platform from which many new activities and projects leap forward after these months of waiting, preparing, and planning. We will finally begin to move forward in very definitive ways, now that we've undone or redone something, or had to wait for something else to be done before we could pick up on whatever we've had to postpone since Mars began to slow down radically in August.

So all things Gemini have now begun to move forward anew. We began to move into this energy when Mars entered its Shadow Zone in early September, and hit a threshold at the retrograde station in late October at 26 Gemini.

Since then, during the retrograde period, we've been seeing the bare forms of things, withdrawing or reconsidering how we want to externalize our individuality, our spirituality, and our ability to handle multiple tasks at the same time. We’ve gotten glimpses of internal processes which may be getting in the way of us putting our full effort into something. We have become more aware that we need to do some things a different way, or at a different pace.

So before we take a look forward, let’s take a look back at what has been a HUGE influence since early September. From the article I gave you when Mars went stationary retrograde at 26 Gemini,

The Sabian Symbol for the 26th degree of Gemini is “Winter frost in the woods.” In the original Jones notes published in The Astrology of Personality, Rudhyar says this is a degree of the “creative bestowal of significance upon all things," "the transforming power of beauty," and "keen appreciation of natural processes."

We are told in the Astrological Mandala that this degree of the Global Wisdom Teaching for the rest of the year symbolizes “the revelation of archetypal form and essential rhythm of existence.” We are told it’s about “archetypes and pure forms of individual selfhood,” as well as “the characteristic images of the culture.” He says “Externals are left behind. This is a step beyond ‘pruning’; it is rather a process of removal of all superficialities of existence.”

He states that this symbol shows us the way to “the essence of our individual being,” where we can see pure selfhood through a process of essentialization. He says this degree falls in the Span of Restlessness, Act of Differentiation, and Scene of Exteriorization on the Individual-Mental level.

Dr. Jones says this is a degree of “the cosmic significance in any momentary cancellation of (our) immediate interests and private concerns,” where Nature’s “needs and powers” have supremacy over our “aspirations and conveniences.” He states this is a “call for a reorientation in (our) individual point of view, and for some further discovery of the self’s potentials.”

He offers “Normal life is brought to a point of sharp suspension so that the larger magic may be manifest.” He gives us the keyword SPLENDOR. He states that when operating in a positive manner, this degree is “the creative transformation by which older cycles give way to newer ones.”

Mars retrograde usually indicates there will be some things that must occur before other things can be done. Now that it’s going direct, get clear about the priority of things, pay attention to the rhythm of unfolding events, and see much of what's come down the past few weeks as undoing, redoing, or reworking some things. Now the pace begins to quicken. All of this relates to the life areas (houses) where we have Aries and Scorpio.

Remember that sometimes a delay is the best thing that could happen as other things develop on their own, since I've found life is sometimes like a Charles Dickens novel. There are many chapters, many players, and some things cannot be known and/or acted upon until the plot develops.

But rest assured, that at the end of the play, all will be seen in proper perspective, the unknowns between the players become clear, and things have developed so that "the hero's journey" is perfectly completed. Now that we’ve adapted our plans, reworking some things, we have a different perspective and can take aim at our goals, since we’re already familiar with the Gemini factors we’ve encountered.

Please consider what’s come down in September, October, November and December as something everyone has been going through related to 26 Gemini. We now have a new ways to express Mars, and many are not so hassled by old ways as they were before this period. We’ve all found a new perspective on Gemini affairs in the house(s) in our chart where Mars has been retrograde, and are now ready to new experiences, new things and people to like and appreciate, and new ways of doing whatever we have to do.

We now stand on the threshold of a new life chapter wherever we have Gemini, and now have reworked or developed a new view of the essence of things related to how we externalize our discoveries in all realms. We now have a skill in aiming at a goal, knowing how to achieve it, and from here have a new technique for personal effectiveness in some emotional or social group work context.

In part 2, we’ll go into what this stationary direct degree is about, and what we can reasonably expect as Mars now moves forward. From here it gets faster and faster for many months, so things will again seem to be moving quickly, if not very quickly. Feel the sense of relief, get focused, get ready, and see how you are living a transfigured reality in some way since early September. In some way, we’ve all found “the transforming power of beauty” and a “keen appreciation of natural processes,” and are now rested and ready to take what we’ve discovered and use it to achieve some goal.

We have 865 guests and no members online