October 2019 - Mercury in its Shadow Zone as Mars squares Saturn 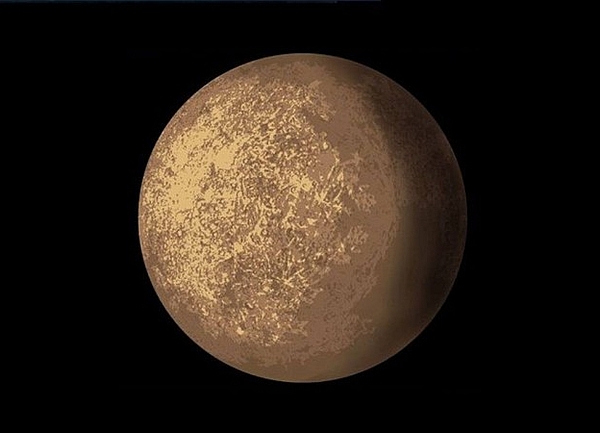 Even as we begin to close the month, we’re still in the midst of a period dominated by Libra and Scorpio energies as the Sun, Mercury, Venus, and Mars all occupy those signs. We continue to learn about balance, fairness, perspective, magnetism, shared values, and regeneration. We’re all making recalibrations and changes in our lives while staying clear that sometimes it’s better to take many small steps rather than a few giant ones.

Mercury continues to slow down, preparing to go retrograde at 28 Scorpio on October 31. Get your affairs in order, and prepare for reviews, rehearsals, returns, and roundabout realizations in November. The first phase of the retrograde began around October 10 when Mercury entered its “Shadow Zone” at 12 Scorpio, and since then Mercury, the “Guide of Souls,” will continue to slow down until it goes retrograde at the end of the month for its usual 3 week period.

Take a deeper look at things with an eye to seeing what you didn’t see before now about recent events and how they’ll impact the future. Sometimes losses are actually a blessing in disguise, since they create the space for better things to come into our lives! Also, since Mercury conjuncts Venus at the end of October, memories of old friends and loved ones could be in the air, as well as possible returns of people from the past.

The energies in play this month have been a mixed bag, since we have very favorable Scorpio energies working productively with the powerful Saturn and Pluto in Capricorn energy field, helping us all get beyond fear, practice our skills in social or group setups, and become masters of our destiny. The recent Full Moon Cardinal T-square continues our “shake and bake” experience of releasing pressures. When dealing with unreasonable people, try to remember this is a climax of selfhood, and take a new look at what “success” might actually mean. In any case, don’t buy into another’s “interpretation” of things, especially when they’re the ones taking it where it doesn’t need to go.

At this time in history, there’s a great compression taking place which will result in multiple conjunctions in late Capricorn in January and March 2020. Wherever we have late Capricorn will be a very crowded house in early 2020, as we’re now in the closing phase of a long cycle which is the prelude to the Grand Mutation of 2020, ushering in a new 200 year period! We’ll definitely feel an acceleration once Mars enters its home sign of Scorpio on November 18-19 and Mercury goes stationary direct on November 20 just before Venus’ conjunction with Jupiter in late Sagittarius on November 24.

Mars in Libra has been activating plans we made in September. While there is great productivity promised by Mars’ aspects with Jupiter, there will also be some major choices and decisions to be made at the culmination of a long cycle due to Mars’ waning square to Saturn and Pluto the last week of October and first week of November. This will help us take the initiative in new directions which we care about more than whatever is ending.

Just remember not to overdo it, and if you find yourself moving in unfulfilling directions, or frustrated because something is more trouble than it’s worth, remember you don’t need permission to turn to something else which promises a better future. Of course, with Mercury about to go retrograde, it may not go away as easily as we’d like, since there are unresolved elements of the past which require a new examination before we can move forward.

For the last 10 days of October, be thoughtful and deliberate as Mars squares Saturn. See the flaws in the argument or plans; if you or someone is out on a limb, back off and back down. Rationalizations may be present; be clear in why they don’t apply or offer the reasonable alternative. Be sensitive and caring, but if someone is asserting something which isn’t true, remember the immortal lines of Tom Petty, “you can stand me up at the gates of hell but I won’t back down.”

If you must do battle, be fearless as you stand aside and let your Spiritual Warrior do battle for you. It is invincible and cannot be defeated. Only ego can be defeated. Of course, if you’re in a battle with someone else’s ego, don’t be surprised if they respond inappropriately. Sometimes when we stand for the truth, others lose control. If you’re dealing with someone who is unreasonable, again, stand aside and watch the battle with a detachment, knowing that no matter what, you have stood for the truth.

We have 1466 guests and no members online