Unfinished Business...
A+ A A- 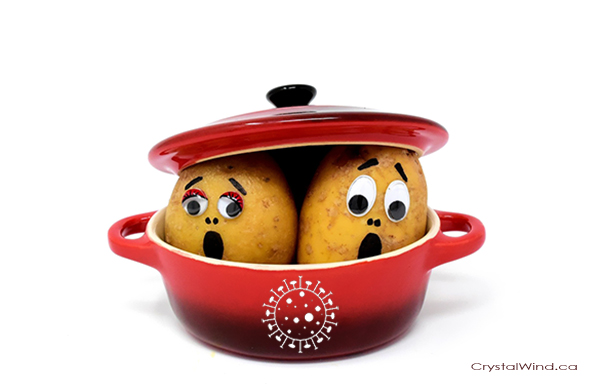 While the spread of Coronavirus is undoubtedly serious and we must all do what we can to keep ourselves and others safe, what we are also in the midst of is a pandemic of fear.

With the Saturn Pluto Conjunction ongoing, the astrology is clear. Saturn and Pluto hard aspects have fear written all over them. They are an astrological archetype of collective fear.

The last Saturn Pluto Conjunction was in 1981-83 in Libra, a sign associated with relationships and sharing. The fear during that Conjunction was the threat of the AIDs and HIV, a virus transmitted mainly through sex and also the sharing of needles during drug taking. Again, this virus was very real and at the time it had the potential to be a death sentence for those who contracted it.

In my world, however, as a young women just starting out on her sexual journey, I was never really at risk. It was all about the fear. I clearly remember the UK government campaign, ‘Don’t Die of Ignorance.’ The visuals – tombstones and funereal bouquets – piled on the scares. This disease, we were told, could take us directly to the bowels of Pluto’s underworld if we didn’t exercise extreme caution (Saturn) when having sex. Protection took the form of the barrier method (Saturn) of contraception. My girlfriends and I had all gone ‘on the pill’ as soon as we were ready to be sexually active. This is what young women did in the early eighties. We were the beneficiaries of the sexual revolution started by our parents’ generation. AIDS ended that. We were all scared. There was also a sense of feeling the fear and doing it anyway (with protection), but we were definitely, especially us women, denied the sexual freedoms we had thought were our right.

So here we are, with a new Saturn Pluto Conjunction, this time in Capricorn and another new, seemingly terrifying virus. Most at risk are the elderly and those with some underlying health conditions, but most particularly elders with underlying conditions. Saturn in Capricorn clearly describes the elderly.

Jupiter, also in Capricorn, amplifies everything. Are we as a society and individuals overreacting, over-exaggerating? Some say yes, some say no, but time will tell. What is clear and again Saturnian, is that we are all looking to Government and other experts, such as health and medical professionals for advice and instruction. In many countries, laws are changing, if even temporarily. Some laws are being relaxed to help flagging economies affected by the virus and other laws are being set to help control the virus’ spread and by implication to control the behaviour of citizens. Law and order come under Saturn’s symbolism and control is a classic Saturnian word.

There’s a sense of being at war and war-like language is being used, which shouldn’t surprise anyone who understand the combined symbolism of Saturn and Pluto.

In the UK, people are panic buying toilet paper (or loo roll, as us Brits like to call it), even though Coronavirus doesn’t apparently cause bowel upsets. Pluto is of course associated with bowels and with waste in general. It’s about what we get rid of once we’ve taken what we need. This applies as much to our bodily functions as it does to our psyches. To purge is also to cleanse and hand sanitising gels are also currently being rationed due to high demand.

People with the virus are being forced to self-isolate. Again, it is typical of Pluto transits to isolate us, as individuals but also collectively. Walk around central London today and you will find that people are keeping each other at a physical distance. Expect a space to clear around you should you cough or sneeze. Usually it’s impossible to walk down the main shopping street near my office without literally brushing up against someone. Now we’re back in the realm of Saturnian boundaries and barriers.

Keep your distance, says Saturn!  By keeping away you are being isolated, says Pluto! ‘Social distancing’ currently looks like becoming one of the phrases of the year.

Yesterday (10th March), Mercury turned Direct in Aquarius, having spent most of its Retrograde in the sign of its Fall, Pisces. I tend to underplay Mercury Retrograde’s significance and for good reason, but this one was severe. Under Pisces, things can spread, become infected. Because of the fear of spread, we have travel restrictions, cancelled flights, holiday plans ruined, big crowd events cancelled, closed schools, fears about the virus spreading on public transport, massive strains on ‘Piscean’ institutions such as hospitals, prisons and care homes. And let’s not forget all the cruise passengers trapped on board floating germ factories. Of course, on its own, Mercury Retrograde doesn’t symbolise the whole picture, but it’s nevertheless interesting to note the clear symbolic resonances.

Saturn is today at 29 degrees Capricorn. When a planet is in the last degree of any sign, the meanings of the planet and its sign are intensified. The seminal work on this and the other ‘power degrees’ of the zodiac has been done by Frank Clifford who writes that at 29 degrees we “encounter some of the most challenging facets of that meaning.” A four stage plan to tackle the outbreak is in operation in the UK and elsewhere. Stage one is Containment. The second is Delay. Both of these are Saturn key words and these stages are incredibly challenging to implement and to live by. If the UK goes into Delay stage (as it has in Italy and other places) it means not going to work or school, not visiting elderly relatives, not travelling unless it’s an emergency and not socialising. And where this is being enforced there are threats of criminalisation for non-compliance, undoubtedly representing the most challenging aspects of Saturn, at the end of Capricorn.

And as I publish, the World Health Organisation has just confirmed the Coronavirus as a pandemic.

Saturn moves into Aquarius on 22nd March. We shall see what happens then. It’s the sign of humanitarianism, community, collaboration. It’s also the sign of innovation and technology, which bodes well for the 3rd stage – Research – which is already underway to develop a vaccine and also find existing drugs that can help with treatment. Reports are that pharma companies are collaborating positively. The Mitigation phase, if all else fails, focuses on saving lives, whilst maintainin public services and law and order. Stay safe, look after each other and don’t panic, this too shall pass. 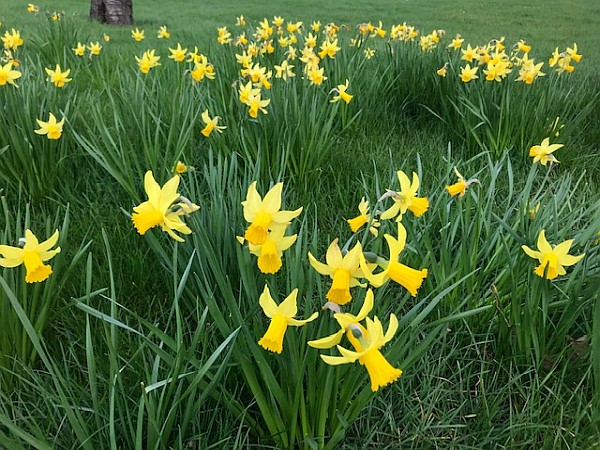 (Here's a happy picture I took in the park today - spring is on it's way).

I have been fascinated by astrology all my life and cast my first horoscope back in 1985. Latterly, I studied at The London School of Astrology for over three years and gained the school’s Certificate in 2005, going on to successfully gain the Diploma, the school's highest and internationally recognised qualification. I am committed to self development - emotionally, spiritually and intellectually - and believe in doing my best to live my life true to myself and my life purpose, in service to others and in harmony with the cycles of the universe. These values are also the focus of my work with clients. Sun Capricorn, Moon Aquarius, Gemini Rising.
Source Here

We have 1423 guests and no members online