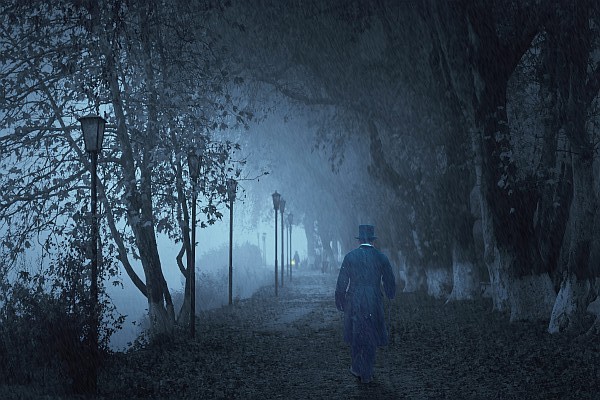 Life is about not knowing, having to change, taking the moment and making the best of it, without knowing what’s going to happen next. ~ Gilda Radner

Up until Pluto stationed retrograde on April 25th, all of the planets were appearing to move direct. Well that’s no longer true. By the end of this coming week, there will be a total of 4 planets retrograde. It started with Pluto, being followed by Saturn the end of this weekend, which is then followed by Venus on Tuesday/Wednesday, and Jupiter next Thursday the 14th. That’s 3 planets stationing this week within 4 days of each other. And so we are also being asked to slow down. To retreat. It could feel like we are needing to hesitate, even take a few steps back, before we can fully move forward again.

Just preceding these retrogrades there was a push to open up the world again. But it is needing to be done cautiously and within this atmosphere of uncertainty and ambiguity. Neptune, the lord of the virus, still lurks around the corner.

The land of Neptune is the realm of dreams, nightmares, gods and that precarious edge of insanity. Loss, helplessness and despair live here. So do compassion and the willingness to sacrifice for that which is divine. Our intuition is strong when Neptune reigns, but so are our fears. The only way to navigate the fogs and delusions of Neptune is with the sharp sword of discrimination. Without this powerful weapon at our side we are subject to the false lights of delusion and the intoxication of fear. And then we lose our way. To sacrifice literally means to make something sacred. So we sacrifice to keep others safe. We put some of our dreams and goals on hold, for that which we perceive to be a higher cause. And if we can maneuver our way beyond distrust and delusion, Neptune can also lead us on to the hall of mysticism, spiritual bliss and inner peace.

Neptune is deceptive and confounding. We don’t know who or what to believe when he’s doing his thing. Conspiracies abound because we don’t know who to trust or who to rely on. It doesn’t help that we receive mixed messages. As much as we long for normalcy, with all of these retrogrades we are being asked to take things slowly and carefully. And it is difficult to live with uncertainty and ambiguity. Which is why we desperately look for answers. But what is being asked of us now and for the foreseeable future is to live with that uncertainty.

What if rather than being disheartened by the ambiguity, the uncertainty of life, we accepted it and relaxed into it? ~ Pema Chodron

On May 12th-13th Venus will station retrograde at 21º Gemini 50’ and will station direct again on June 25th. Venus is retrograde every 19 months for about 40 days. As a result of the square between Venus and Neptune which lasts until the end of May, we are already being confounded by uncertainty and distrust. During the Venus retrograde period we are being asked to get back to our core values and priorities. That is what will ground and guide us. Through these periods we come to discriminate between the way we want things to be, and what we actually need for our soul’s growth and well-being. To learn more about what the retrograde phase of Venus can be good for, check out last week’s essay.

Anything begun during the retrograde period will need to be reevaluated when Jupiter, Saturn and Pluto finally station direct again in September and October.

On May 10-11th (depending on where you are in the world) Saturn will station for its retrograde phase at 1º Aquarius 57’. Since March, Saturn has only been tentatively dipping its toe into the sign of global awareness. Now that Saturn is preparing for its retrograde journey, it will eventually return to Capricorn for some unfinished business. Sometimes it is necessary to go back over old territory. It may be that some very specific practical things need to be addressed before we can then proceed again. It could also feel like you are having to go back over things that you thought you had already dealt with and put to rest.

And although this is often a time in which we depart from or reassess goals and situations, it can be problematic to make new commitments, as there is usually a lot more involved than is at first apparent. And you don’t want to get trapped into an obligation that will be much more difficult to fix later on. This is why we are cautioned to take things slowly and carefully. Things can also sometimes be taken away or denied as Saturn stations retrograde. This can be frustrating. But it can also be a time when we also feel comfortable setting limits and reinforcing our boundaries. Any commitment or agreement that is proving to be more trouble than it is worth is more likely to be rejected. Saturn is about drawing the line.

It can feel like something is being taken away when Saturn stations. But there is usually a reason for this. With all of these retrogrades, there will be an urge to return to Normal. But Saturn cannot be rushed. In order to work with Saturn we have to be patient. And if we do things too quickly or rashly, Saturn will push back.

Saturn can undermine and paralyze us with guilt and fear; it delays outcomes with obstacles and downturns. It’s no wonder Saturn has such an evil reputation! It can feel like we are having to navigate all sorts of obstacles when Saturn is retrograde, but if we work with Saturn by grounding ourselves, being patient, strong leadership and paying attention to the details, the rewards and feelings of achievement this planet can bring are legendary. And the inner qualities of Saturn that we develop during these retrograde phases can serve us well and last a lifetime.

Saturn will be retrograde from May 11th thru September 29th. What the annual retrograde phases of Saturn are good for:

On May 14th, Jupiter stations retrograde at 27º Capricorn 14’, and will station direct on September 13th. Planets always feel stronger when they station. And Jupiter is no exception. The Jupiter stations are always accompanied by a Sun/Jupiter trine (May 17th), bringing a brief vision of hope and anticipation for the future. Then we fall into the retrograde phase where we realize that we may need to take care of some important tasks before that vision can be fulfilled. And whereas our hopes in the external material world may seem to diminish, we still have some very important internal Jupiter work that needs to be tended to.

One thing that often becomes apparent at these stations of Jupiter, are moral and ethical dilemmas. We find ourselves being very judgmental and shocked by the behaviors of others. Yet as astounded as we may find ourselves, these retrograde periods of Jupiter are more about looking within and seeing whether or not we are living up to our own moral standards. And so these annual retrograde periods are extremely important for our own moral and ethical growth.

Jupiter has the inclination to make things expand and grow. In March when Jupiter came to the degrees of the Lunar Eclipse and Saturn/Pluto conjunction (which took place in January) the coronavirus had spread globally and was officially designated a pandemic. As Jupiter appears to station and retrograde back, it will cross those degrees again in July. And then again in October to November. This brings the potential for a small resurgence in June-July, and a larger wave in October to November (Pluto will be stationing at this degree as well from August to December).

In many of those places where the pandemic erupted, the virus is now slowly receding, even as it continues to linger and spread insidiously. The virus was considerably contained and flattened when people took the necessary measures. It worked. But with Jupiter and Pluto crossing back and forth over these degrees, while Neptune lurks in the wings, it looks like we are not going to be totally out of the woods for some time to come. Much depends on human behavior to determine the severity of outcomes, but the tides do continue to ebb and flow throughout 2020. At this point, we may want to ask ourselves: what is being asked of us? what are we being shown? what are some lessons we can learn from all this? and what would a more perfect more meaningful world look like, when all is said and done?

Your past is always your past. Even if you forget it, it remembers you. ~ Sarah Dessen