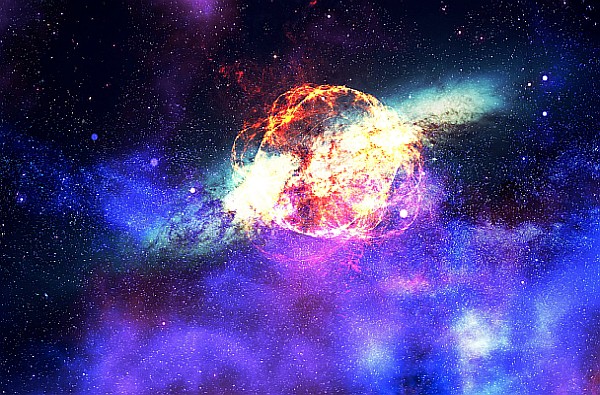 The Three High Moons of the Northern Hemisphere Spring

Let me begin today by stating that this tradition came about from Buddhism, which developed in the Northern Hemisphere, since that’s where the Buddha walked and taught. That’s why these Full Moons symbolize what they do. Obviously it’s not Spring in the Southern Hemisphere, but the Wesak Festival has a global effect, regardless of whether it’s getting hotter or colder wherever.

So what are the “3 High Moons,” and what are they about? According to one respected source, the Full Moon of Aries-Libra brings the renewal of the life force for the year. That’s the first of the 3 High Moons. The First High Moon brings the power of the Northern Hemisphere Spring into a form of illuminated focus of Life in all its potential for growth.

This year that Full Moon fell at 19 Aries-Libra. So the entire season holds “Renewing Emergent Life Force” for all of us encompassing the themes of that Full Moon. Those symbols indicate the Light of “a strife transcending technique” expressed as a “protest against disharmonic privilege” are the themes symbolizing “Life expressing Wisdom” coming forth for all of us this year!

The emergent Life Force arising then takes shape in a wisdom form at the next Full Moon in Taurus-Scorpio, known as the Wesak Festival. This second of the “3 High Moons” brings a new outpouring of the "Cosmic Buddha Nature" to everyone on Earth which renews the qualities that Great Sage brought to humanity to lessen suffering for all sentient Beings.

We are told at this great spiritual ceremony that “the Eternal Buddha Nature" offers the world a new infusion of Light, Dharma, and Love. Last year’s Wesak fell at 28 Taurus/Scorpio, and this year the Wesak Full Moon happens at 18 Taurus/Scorpio on May 7 at 3:45 am PDT, 11:45 am BST. This past year’s wisdom involved renewal focused through going inward to make contact with “the One.” This year’s “Buddha Wisdom” will involve the Light of a “mental housecleaning” expressed as a transfigured Life. Because the Moon is the same degree as the Mars/Jupiter conjunction of January 2018, we will no doubt see how the “expansions through sacrifice” of 2018-2019 have led us to the Wisdom we’ll receive this year.

In the same tradition, the Full Moon of Gemini-Sagittarius is known as the Christ Fest, where the World Teacher of the Age takes the wisdom of the Buddha Nature and infuses it with Loving magnetism so that all may become more lovingly wise and wisely loving according to the lesson of the year. Last year’s Christ Fest Loving Wisdom pulse has been active since June 2019, and had a theme of 26 Gemini/Sagittarius, with the Light of essential forms and archetypes expressed in a new dedication of us becoming “standard bearers” performing beyond our expectations.

This year’s Christ Fest will happen on June 5, 2020 at 16 Gemini/Sagittarius, with the Light of our inner Being demanding recognition expressed in a “moment of pause,” where we can be “alertly ready to act” while not falling into confusion at not knowing what’s ahead. At this great spiritual ceremony the World Teacher pours forth new forms of loving-wisdom into the world that offers all of us a great leap forward in awareness of Higher things.

Why Is the Wesak Festival Often Observed on Different Days in the West Than In the East?

From time to time, we have “rare peculiarities” due to the difference in the Tropical and Sidereal systems. As some of you already know, in the East they use a variety of speculative values to compute planetary positions, and so any Full Moon falling in the early degrees of a sign is considered to be in the previous sign. That’s why in the East sometimes they celebrate the Wesak a month later than we do in the West. I personally believe we should celebrate it as we do in the West, since when the Buddha lived, the planets were the same positions as they are today in the Western system.

Another extraordinarily rare anomaly also happened in 2016, since there were TWO Full Moons in Gemini-Sagittarius! To me that indicated two different “vintages” of the World Teaching went out like a “twinned vibration.” The first was May 21/22, the second occurred hours before the 2016 June Solstice. I believe that has gave us two different ways the “Buddha Wisdom” of 2016 took shape, and since Gemini is a “twinned sign” anyway, we were given multiple ways to find the Wisdom between then and the Christ Fest of 2017.

Last year, as noted earlier, the Full Moon of Aries-Libra was another rare anomaly since we had two Full Moons in those signs, the first at the Equinox at 1 Aries/Libra, the second at 30 Aries/Libra. These “emergent life force pulses” took shape at the 2019 Wesak Festival at 28 Taurus-Scorpio, and was distributed as a world teaching at the Christ Fest via the energies of 26 Gemini/Sagittarius. So there were two life themes related to the first and third decans of Aries-Libra, while the wisdom last year was related to the third decan of Taurus-Scorpio, which was distributed via the third decan of Gemini-Sagittarius.

Opening To A New Life and Wisdom

To recap, the life force generated at the 1st High Moon is concentrated into a form of loving compassion at the 2nd High Moon, and the “Christ Fest” 3rd High Moon distributes the loving wisdom poured out at the Wesak Festival in a new world teaching appropriate to human needs for that year. This year, that process is expressed by the Full Moon of 19 Aries-Libra taking shape at the 2020 Wesak Festival at 18 Taurus-Scorpio, to be distributed as a world teaching at the “World Teacher Fest” via the energies of 16 Gemini-Sagittarius. So all three influences are of the middle decans of the signs, as well as the actional level of each of those parts of the signs.

Most religions believe in a World Teacher or Savior, knowing this Light Giver by such names as the Christ, the Lord Maitreya, the Imam Mahdi, Lord Krishna, the Bodhisattva, and the Messiah. So where Christ is invoked, imagine the name of the World Teacher of your faith, and attune to the Loving Wisdom of that Great Being, however you conceive of Them.

Even though it’s not Spring in the Southern Hemisphere, at the 2020 Wesak Festival check out to see what types of new Taurus wisdom forms begin to show themselves in your life, and move forward into a truth you’ve been carrying for a while. This year is the time to renew and regenerate your life and magnetism through embracing the transformational process, seeing how your life has been transfigured the past 2 years, to be followed by taking it into the world via a “cosmic moment of pause which presages change.” This will help us see and feel the connection we have with others in our various Soul groups.

As the “Buddha infused” Wisdom coming forth obviously is related in some way to the Buddha, some will have to renounce lesser individual and philosophical considerations, and unite with others to deepen their life experience. Some will see that they have already been given a life renewal, with the power to go deeper into “All-That-Is.” Let go of whatever you need to let go of, and the void will attract what is more “true for you” in your evolved state.

This 2020 Wesak Full Moon will be both stabilizing and mobilizing, with the emergent Wisdom forms taking many shapes as the weeks unfold the themes of this year. This past year we learned how to be a “standard bearer” of some kind. This year we’ll be hearing and speaking our truth as we find our audience and spiritual community.