Jupiter in Pisces - A Wild Ride Through The Dream Scape 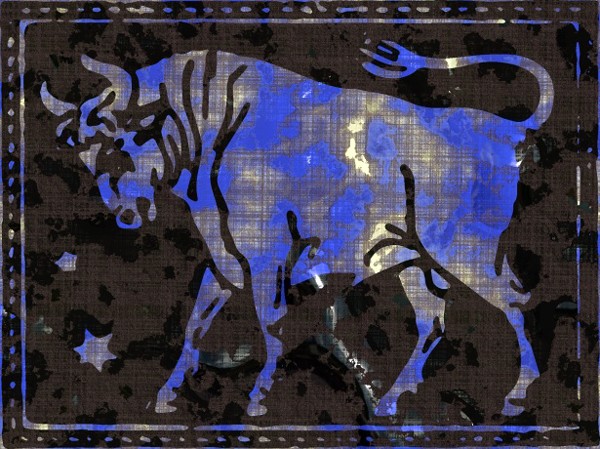 Each year May features the Fixed Earth sign Taurus, where in the Northern Hemisphere we confirm and consolidate the new beginnings of Spring. This sign is slow and steady, showing all how to enjoy life, whether working or playing or just hanging out. Being the second sign of the zodiac, this is the time to solidify, capture, and otherwise make solid what we value.

Taurus is the sign showing how we stabilize our source of supply that we will draw on as we move forward with who we are and what we’re here to do. Taurus is the part of us that can become “an immovable object” when it comes to resisting something we don’t want to do. While it is the time of solid growth in the Spring of the Northern hemisphere, in the Southern hemisphere it’s a time to finish the harvest and prepare for the Winter to come.

If you’re wondering how I reconcile the seemingly opposing energies between the hemispheres, when you’re done here please take a look at The Mirroring of the Northern and Southern Hemisphere Year Cycles in Astrology. It may help readers “down under” see how the important points of seasonal change, though opposite in physical manifestation, actually have similar challenges at each point of shift.

This year we actually began our Taurus experience on January 6 (!) when Mars entered Taurus. That initiated all that has been “filled with substance” during the inner planet transits through Taurus. This year Venus was the first to show up at the Taurus party when it entered that sign on April 14, followed by both Mercury and the Sun entering Taurus on April 19, powering up and bringing new information of a Taurus nature to our charts. Mercury left May 3, Venus left May 8, and the Sun leaves May 20, completing our 2021 Taurus experience.

Of course, with Uranus in Taurus we can expect “Taurian eruptions” for the next 4 years, and each year’s inner planet conjunctions with Uranus awaken new energies in different parts of Taurus than before. All of this will open to new possibilities when Jupiter occupies Taurus between May 2023 and May 2024, finishing the old Jupiter/Uranus cycle of late Pisces and beginning a new one at 22 Taurus in April 2024.

“Coincidentally,” that’s the exact degree of this New Moon, so whatever new time, new way, or new day comes forth for us these next few weeks will be given massive power beginning then! So all things related to Uranus will have some degree of Taurus in play for many years to come.

All of these transits through Taurus each year echo what was opened as a promise, opportunity, or truth the last time Jupiter was in Taurus between June 2011 and June 2012. This year we get a further development of the power and ideas related to that Jupiter transit. Also remember that Uranus is stimulating all those Jupiter in Taurus stationary and conjunction points during its time in Taurus, so in the past we’ve gotten yearly renewals of the stuff awakened by Uranus so far, and in the future we’ll get yearly renewals of all which Uranus will awaken these next few years!

And now, let’s get on with the birthday party for Taurus, the second sign of the zodiac!

In Taurus, we learn to value what is meaningful to us, and not get ruffled by conflicting stimuli. The Sun in Taurus shines the light of wisdom on how we must be clear, simple, and firm about what we value or what we have, opening us to what endures from the old life and redeeming whatever promise it held as we confirm new possibilities.

Taurus is the sign where we learn to enjoy life. Taurus symbolizes how we can be content in our worldly existence and how we can pleasantly move through our various experiences while maintaining a self-generated steady course as we set it. It shows us how to rest easy with what is, while persistently plowing the fields of our lives to bring forth what our labors are here to achieve.

Taurus is symbolically associated with the Bull or Ox, the creature that assisted humanity in farming, the foundation of current civilization. It was once said that when the wild ox was domesticated (a daunting task!) it could transport heavy loads to faraway places. Combining the symbols of farming and trade with distant regions, you get a sense that Taurus is vital in keeping us all fed and feeling good about the way things are, or allows us to feel discomfort when something is not enjoyable so we may change things for the better.

Mythologically, Taurus is in the axis of the Warrior, or Guardian. This sign (along with its polar opposite, Scorpio) stabilizes and “confirms” the dance of relationship between self and others begun in Aries. Taurus shows us the lessons of “mine and thine” as we interact with others. It is the part of us willing to hold the line on what we value and have, drawing clear and definite boundaries between our likes and those of others.

Taurus, when freed of the traps of being incurious, stubborn, self-satisfied, complacent, inert, and “sit-down-itis” demonstrates a consistency and reliability that assists and stabilizes situations and groups. They are the antithesis of impulsiveness and the embodiment of contentment and endurance.

Taurus, like Aries, is highly self-sufficient, but slower and calmer in bringing their total focus to situations. They also hang in there after everyone else has bailed. Taurus endures of its own initiative. Convinced in its own “rightness,” this sign loathes being challenged, and sometimes refuses to change its point of view on the principle that they simply don’t have to.

Taurus people are usually pleasant to be around, except when crossed, at which point they snort and stomp, and want things to become more agreeable. On their terms. They believe they win by sitting down, or conversely, by being the proverbial “bull in the china shop.”

They are innately kind, sweet, and straightforward. When Taurus’ tremendous energy learns to speed up, consider other options, and express a consistent generosity, they offer others simple, refreshing ways to enjoy life and its creature comforts.

Where it falls in our charts shows us the way to solidify, value, and enjoy the areas of life it influences. Taurus energies show everyone how to find wealth, comfort, peace and calm in being self-sufficient unto themselves over the long haul, unmoved and unruffled by passing problems.

These qualities all come forth in practicing the illuminated teachings of perhaps the most famous Taurus of all, Gautama Siddhartha, also known as the Buddha. His teachings about the 4 Noble Truths, and the 8-fold Path to the end of suffering, have impacted literally billions of people throughout the world in the 2500 years his teachings have been known.

Another Taurus, Socrates, the teacher of Plato, is said to have been the wisest man Greece ever knew, impacting world thought to this day. The teachings that have come down to us form the foundation for much of Western Philosophy, including the philosophy of learning itself.

Taurus Sri Yukteswar Giri was one of the greatest Spiritual Beings of all time. Disciple of Babaji and Lahiri Mahasaya, Guru of Paramahansa Yogananda, Sri Yukteswar was a fully realized Being, a great teacher, astrologer, scientist, and philosopher. His research into the Vedas corrected centuries of erroneous assumptions of scholars and through his computations He demonstrated we are out of the Kali Yuga and into the Dwapara Yuga, no small thing. He's the One who offered that we are already on the "path of return" as a human race!

Rounding out this immortal quartet of Taurus superstars, we have William Shakespeare, the playwright and front man for a secret society of enlightened beings and their friends influential in guiding world affairs. Said to be a simple man, his plays are masterpieces of an intricate weaving of philosophy, human interactions, and historical affairs. The works of these 4 bulls will endure forever.

Other examples of political Tauruses who found themselves on the wrong side of history feature some of the most infamous figures of the 20th century. This notorious bunch includes Adolph Hitler, Lenin, Hirohito, Saddam Hussein, Rudolph Hess, Ayatollah Khomeini, Josef Tito, and Eva Peron.

Famous Taurus philosophers include Krishnamurti, Immanuel Kant, Bertrand Russell, Karl Marx, Kierkegaard, Sigmund Freud, and John Stuart Mill. In the literary world this sign gave us some very interesting writers, such as the English Master Robert Browning, L. Frank Baum, the satirist and creator of the Wizard of Oz, and Niccolo Machiavelli, whose name became a synonym for ruthlessness.

A special note must be given to the Taurus who was one of the greatest astrologers of all time, William Lilly. His remarkably durable work on horary astrology is still in print after almost 400 years, and the prime source for most teachings on the horary craft. His steadiness of purpose and reliability of knowledge in several fields served England well during the Revolution, plague, and great fire of London.

Another Taurus astrologer for the ages was my old friend Carl Payne Tobey. The first "statistical" astrologer, he was an amazing blend of down to Earth humor and pragmatic analysis, and of course as many know, one of the legendary Grant Lewi's best friends. I have always treasured the years in Texas I knew Carl, for his wit, wisdom, and generosity of spirit. His works are still relevant and insightful to this day, so find them when you can. On a final nod to Astrologers and Astrology, a big happy birthday goes out to one of my favorite Tauruses, the very durable, enjoyable, reliable and easygoing Starship Aquarius Papers on its 18th yearly mission “to boldly go” exploring regions where no one has gone before!

The Sun is in Taurus is also the anniversary of the infamous Kent State massacre, The Sunday Break, and White Lotus Day.