Chiron Goes Direct - Heal That Wound
A+ A A-

The Arc Of The Universe 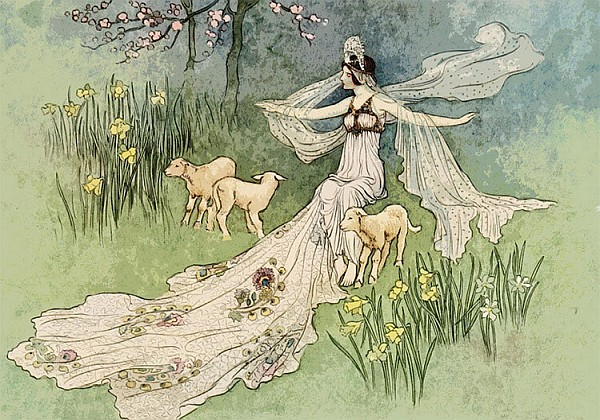 Look at the facts of the world. You see a continual and progressive triumph of what is right. I do not pretend to understand the moral universe, the arc is a long one, my eye reaches but little way. I cannot calculate the curve and complete the figure by the experience of sight; I can divine it by conscience. But from what I see I am sure it bends towards justice. ~ Theodore Parker

Neptune has domain over the oceans and their inhabitants, and the last time Neptune was in Pisces (1848-1862) we saw the unintentional saving of the whales. With the increased use of ‘kerosene’ and the new-found ability to ‘fractionate’ oil, oil and kerosene would soon replace our reliance on our use of whale oil as a source for light and energy. Thankfully the total annihilation of the whales was narrowly avoided. Crude oil would replace whale oil. And then there’s the virus. Viruses, like Neptune, do not respect boundaries, and although invisible can be deadly. The recent Super Full Moon brought both of these to the foreground on Monday when the Full Moon opposed Neptune, and the stock market crashed like a lead balloon, presumably due to conflicts over oil prices and the impact of the spreading coronavirus. That same day, the whole country of Italy was placed on lock down.

But perhaps the most unnerving part of any Neptunian period, is just not knowing. Will the virus last? How long? Will it fade away with the change in seasons? Or will we simply just have to wait out the creeping crud of the pandemic, and hope that we will be safe? … especially knowing that the virus can be and will be almost anywhere.

We are now approaching the Equinox, the dawn of the astrological New Year. We are also approaching the first of 3 conjunctions of Jupiter and Pluto. Even before the conjunction perfects on April 4th, Mars is now also in the picture and will first conjunct Jupiter on March 20th, and then Pluto on the 23rd of March. Mars begs us to do something instead of idly standing by. In the process he brings with him a surge of righteous indignation (and toilet paper shortages). We’ll be feeling this one with a vengeance this week. It probably does not help to have Saturn in the very, very last (anaretic) degree of Capricorn! Capricorn is a sign of laws, rules, containment and isolation. Sound familiar? And Mars conjunct Pluto on March 23rd is about sheer force and survival.

When we look back at the pandemic of 2020, astrologers are going to be pointing to the Saturn/Pluto conjunction and the wicked Lunar Eclipse of January, which took place shortly after the virus began to first take hold in China. Saturn strong in Capricorn can generate fear of annihilation when dominated by Pluto in this way. Jupiter now steps in to fill the void that is left behind.

It’s about time we take a look at the 2020 Jupiter/Pluto conjunctions (April 4th, June 30th and November 12th). When these two get together we are asked to get back to the very core of our beliefs, and to be very clear about who we are, what we stand for, and what we are willing to put ourselves on the line for. For this is when all of those beliefs are going to be challenged and put to the test. These Jupiter/Pluto transits are also coinciding with the United States elections: there was a square in November 2016; and now the conjunction in November 2020. But that’s another story.

If one’s motives are pure, and we consciously work for the sake of the greater good of the whole, great success can be had. Even in the face of extraordinary odds and challenges. Even in the face of evil. This is because at the heart of the universe is pure goodness. And when you align yourself with the Good, you have the power of the universe at your back. This is why the arc of the universe bends towards justice in the end. Even if it takes a very long time to reach that end. Justice wins in the end. you can still achieve much if your motives are selfish and self-serving, but you’re always going to be looking over your shoulder waiting for the other shoe to drop.

Jupiter will be conjunct Pluto this year, and conjunctions have to do with sowing new beginnings. Therefore it is imperative to start off on the right foot. Motives are everything here! And knowing that in the end the good always prevails, why not stand on the side of the Greater Good? The highest expression of Jupiter conjunct Pluto is to aim to do the right thing, not for any personal rewards or recognition, not to play the hero, but just because it is the right thing to do. After the Saturn/Pluto conjunction at the beginning of the year, which signaled the end of an era; we now are being given the opportunity to rebuild our infrastructures, our governments, and restore our belief in humanity. It won’t be easy. There are powerful forces to contend with. But if we work with Jupiter and Pluto for the Greater Good we can go far. A new dawn awaits.

Image Info:
Brigid by Warwick Goble
These illustrations came from: Basile, Giambattista. Stories from the Pentamerone. E. F. Strange, editor. Warwick Goble, illustrator. London: Macmillan & Co., 1911. The text of this book is based on John Edward Taylor's translation from 1847.