The First Mars Square Saturn of 2020

The First Mars Square Saturn of 2020 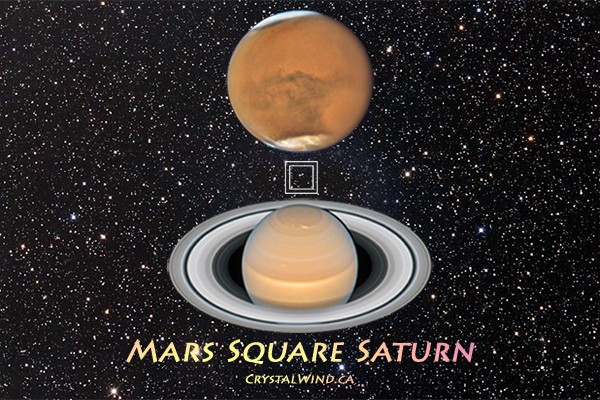 We are officially in the heart of Mars square Saturn! It is now a degree and a half forming, so all of you with a planet or point near 25-28 Aries, Cancer, Libra, or Capricorn are moving into the thick of the swirl!

The aspect will be exact from 27 Aries to 27 Capricorn on Monday August 24, and will be within a degree and a half orb until August 31. So the next 12 days are going to be a real trip for a lot of people. As well as the sign spans listed in the first paragraph, we can also add 10-13 Pisces, Gemini, Virgo, and Sagittarius to the friction list.

This is the first square between these powerhouses in their own signs. Take defensive measures, but don’t be touchy; find your balance, whether emotionally or mentally, and see what need repair, or how things came to be as they are. If offered a “mantle of power,” accept it. Conform to what is expected, but prepare to have to rise to some occasions due to “an unexpected storm.”

See through life and death processes, learn how to use power alternating between soft power and hard power, yin and yang, heart and mind. Remember we’ve been discovering the seeds of “transcendent security” for a couple of years, and now we really need to draw on what has sprouted up to now.

Remember too that things are slowing down rapidly as Mars prepares to go stationary retrograde at 29 Aries. Use your imagination over the next few days and strengthen your contact with the World Soul. Take a look at what is slowing, since it’s about to stop and/or reverse course. August conflicts will return between late September and late October, but for now, find a balanced perspective and take care of yourselves.

Do not get lost in disputes and quarrels which really don’t concern you, or just deflect you from your best efforts. If someone is not cooperating, or misdirecting the energies, or charging out on a limb they shouldn’t, be a restraining influence if you can, while not participating in whatever is beyond its depth.

Go slow. If something’s offered, see if there isn’t a fundamental flaw. If there isn’t, then remember it cannot go forward until mid-November, so keep that in mind as you dance on the threshold of a period of a radically slowed pace!