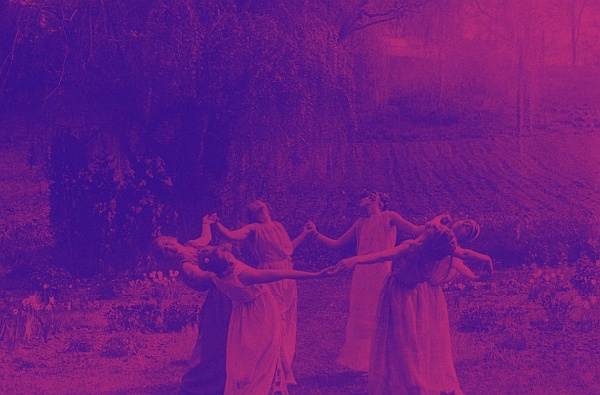 There is only one thing that is more powerful than our individual intent, and it’s the alignment of multiple individuals on the same wavelength of thoughts and will. In a society that encourages individualism, it’s very easy to forget that, in truth, the individual and the collective are inextricably entwined.

We have been witnessing this principle at work time and again, both in private and public spheres, to both beneficial and catastrophic results. Every idea that gains public traction is meant to impact our life in one way or another, often in very practical ways and very frequently after being conceived by a restricted group of individuals. It doesn’t take an anthropologist to know that many of the attitudes and behaviours that are framed as deliberate personal choices are, in truth, the result of an ubiquitous conditioning that replicates itself through the action of individuals until it becomes not only accepted, but normalized as well. We could also add that the rise of National-socialism in the 20th century was notoriously facilitated and propelled by its mass appeal, which was cemented by a very efficient propaganda machine that used symbols and rituals to captivate — and manipulate —the crowds.

Thankfully, there are many more examples that showcase how the power of the collective can be harnessed to positive, transformative results. The whole Fridays for Future movement is an example of how collective action can train international attention on environmental issues that were previously downplayed, if not ignored altogether, thus bringing us to reconsider our daily habits and their impact. The refusal of a single woman, Rosa Parks, to surrender her seat to a white passenger on a segregated bus in 1955, sparked the so-called Montgomery Bus Boycott, which, in turn, paved the way for the civil rights movement. Similarly, the Stonewall riots were a turning point in the fight for LGBTQ+ rights. And on a smaller scale, anyone who has ever taken part in a group meditation has witnessed firsthand the group consciousness’ power to amplify and magnify the energy of the single individual to often surprising extents.

Astrologically speaking, group consciousness and collective actions are unmistakeably Aquarian concepts. The Water Bearer has his clear-headed gaze set on humanity and its future, a future that is shaped at any given moment through the circulation of ideas and the communion of the minds. The dimension of Aquarius is where we experience ourselves as part of a whole — independent individuals, yet embedded in a network of connections, like our very same neurons woven in webs of synapses and grouped in circuits through which stimuli are converted into information.

Each and every time our minds are focused on a shared vision, the future is being birthed, midwifed, manifested. We become conductors, transmitters, co-creators. And whether we’re aware of it or not, all of us are partaking in one another’s visions, ceaselessly shaping and co-creating the reality of our relationships.

With her entrance in the electrifying, choral realm of Aquarius, on December 20, Venus invites us to tap into this omnipresent power, amplifying the impact of our ideas through the infinite, winding neural pathways of the collective mind. Venus in Aquarius is a time for community building, and reality enhancement through collective action, no matter how small or circumscribed.

There is power in gathering with likeminded Souls, people who share the same foundational values as ours, and rediscover once more that we are not islands, we have never been. Most importantly, we are not powerless. Not if we surround ourselves with dreamers, doers and seekers, and with the kind of energy we wish to embody, and start challenging the status quo one daily, shared habit at a time.

If you want to know how Venus entering Aquarius might affect you, or if you have Venus in Aquarius and are curious about understanding the meaning of this placement, you can request an astrology reading.

Photo by Daniel Apodaca on Unsplash.