Venus Retrograde And The Solstice 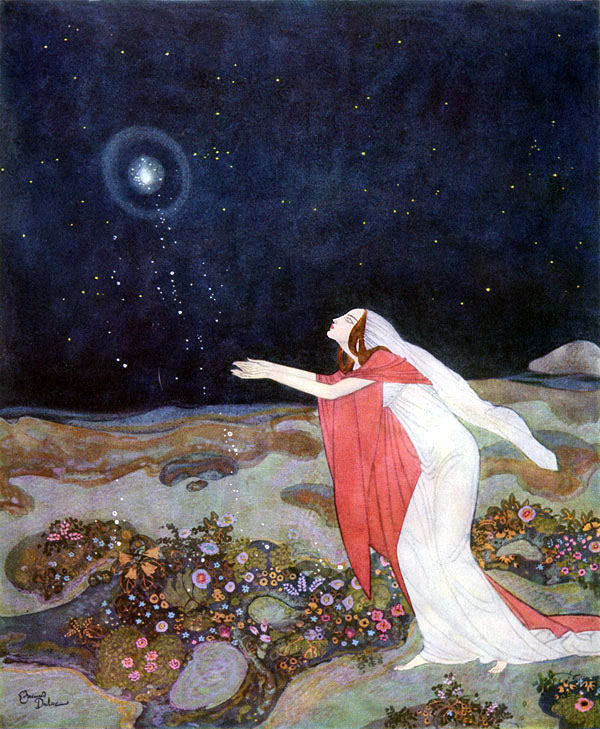 "It is a fair, even-handed, noble adjustment of things, that while there is infection in disease and sorrow, there is nothing in the world so irresistibly contagious as laughter and good-humour."~ Charles Dickens (A Christmas Carol)

With the Full Moon in Gemini we can usually expect lots of noise, activity, gatherings and chatter. And lots of laughter. All the more so with a trine to jovial Jupiter. This is a time of year to check in with each other, catch up on what we had missed, and get the latest information. Hear each other’s stories. Mercury, the Gemini ruling planet is now out of bounds, and with Jupiter in Aquarius we’re more likely to want to try something new and different. Go off road. Or dare to look at things from another perspective. All the more reason to want to lap up those stories.

For the past 19 months, the Lunar Nodes, the signs where the eclipses took place, were in Gemini and Sagittarius. The Nodes stretch us as a society to learn and grow. So we might also want to ask ourselves at the Full Moon in Gemini, how we have grown over the past year and a half, and what might have changed in our own perspective as a result? And if you were to tell a story about mid-2020 to 2021 from your perspective, what might that be?

There will be an abundance of communications wafting through the stratosphere in the days leading up to and around the Full Moon, and we’ll all feel like we have something really important to say. Out of bounds Mercury is also exactly square Chiron (which will station direct on Sunday). And emotions are often on the surface with the Full Moon. As a result we are more likely to speak out of turn. Words can wound and ostracize others if thoughtlessly blurted out. What is also important at this time is how we say something. Words can also be used to heal and mend.  Jupiter in the last degrees of Aquarius is asking us to take the higher road, and in the holiday spirit, use our words to spread kindness and good will to all.

In the beginning, people prayed to the Creatress of Life, the Mistress of Heaven. At the very dawn of religion, God was a woman. Do you remember? ~ Merlin Stone (When God was a Woman)

As Venus has been slowing for its station on December 19th, pivotal events were being discussed in the Supreme Court of the United states that could threaten the future of women’s rights. Venus conjunct Pluto in Capricorn points to wounds festering in the underbelly of society that are now in the hands of our lawmakers. Venus retrograde is returning us to a time when women were denied personal agency over their own bodies. Nothing new here. Old issues do resurface when Venus stations retrograde. And the fear of women and their power has been an underlying theme since the dawn of time. This is why it seems okay for women not to have any power or control, even over their own bodies. This degradation of woman kind has been allowed because the image of the sacred crone has been tarnished, and her power banished from your psyches.

Old wounds, old regrets, betrayals and fears, were and are being scraped up from the bottom of the barrel as Venus stations. And as a consequence we doubt and undervalue our own self-worth. It is said that when we die we see our whole lives passing before us, scene by scene, like a series of events. But with the Venus station this month, our memories are plagued with our deepest yearnings and fears interlaced with our doubts. Like the sirens in the Odyssey, they will entice you with their songs, drawing you into their lies. Observe them, but do not believe them. Allow them to pass through, and send them on their way. They cannot harm you. They are merely wayfarers on their way out.

We are doing this deep cleanse within our psyche. And through this elimination process, all sorts of things are going to come to the surface. We are cleaning house. And that’s okay. For by the time that Venus will be direct again in February, we will have scraped out and healed old infected wounds that had been lying dormant beneath the surface. And once they are cleansed, released and eradicated, then we can finally move forward unburdened.

Venus is descending into the underworld to do this deep work. And then at the mid-point of the retrograde cycle, Venus will eventually disappear from the sky. This is when she will convene with the Solar Gods on January 9th, marking the beginning of the new Venus cycle. And by the time that she emerges as a Morning Star, we will be ready to begin anew.

Traditionally there are some things to avoid with the Venus retrograde cycle which lasts from December 19th thru January 29th:

Things to watch for in the news with Venus retrograde and conjunct Pluto this month:

Scandals, betrayals, disloyalty, and corruption; People in positions of power and wealth coming under scrutiny; anything in the world of finance, the economy, investments and banks, gifts, bribes, taxes; Alliances, partnerships, sex scandals, the making and breaking of contracts.

What the Venus retrograde cycle is good for:

In the midst of winter, I found there was within me an invincible summer. And that makes me happy. For it says that no matter how hard the world pushes against me, within me there’s something stronger.. something better pushing right back. ~ Albert Camus

The Winter (Capricorn) Solstice on December 21st is one of the 4 Cardinal Corners of the Solar Year, when the Sun appears to stand still at its southern-most station. From here on the Sun will gradually make its way North again, bringing the return of the Light to our Northern shores. There is a tendency to want to just push our way through the dark months of Winter. We mourn the empty trees, and despair of the cold mornings and bleak skies. And we look with longing towards the return of the warmth and the light.

But this time of darkness has its own value and beauty. Rather than looking without, we are being asked to retreat and look within, to the light and the warmth that is to be found in that still center of our being. Beyond the Sun being the source of light and life, it is also a symbol of our highest spiritual nature. That part of us which is Divine. When the light can no longer be found without, we must look within, to our own inner source of light and life and love. So as the Sun pauses this week for its return, may we also pause in reverence of that inner spark of divinity which is trying to find purchase within our own hearts.

This is the basis upon which our New Year’s resolutions are given strength, purpose and momentum at this time of year. A time in which the spark of the divine within strives to inspire our own creative vision for what shall be. And so our year is about to unfold.