The Solstice And The Solar Eclipse
A+ A A- 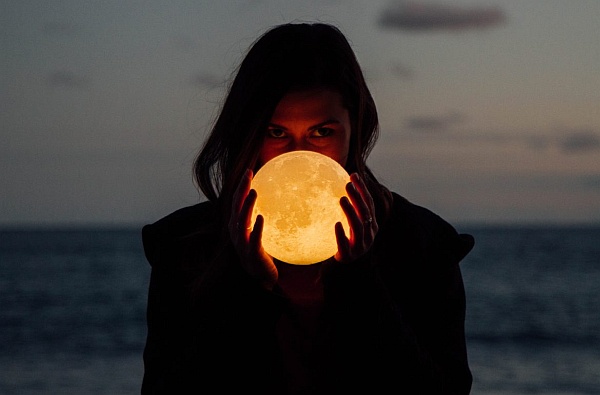 One general rule of thumb to keep in mind during a Pluto transit to, well, basically anything in your chart, is, if it crumbles down, it wasn’t steady and reliable and meant to last in the first place.
Does this sound scary? Good. Pluto is meant to scare us. No matter how much Pluto and Scorpio you have in your chart already, no matter how well-equipped to handle it you think you are, Pluto is meant to make us feel the fear in every fibre of our being. I’d go as far as to say that if the Pluto transit you are experiencing is not scaring you, you’re not doing it right. (Pluto to Mercury transits make no exception.)

That was the case for me, with my natal Pluto lurking in my 4th House. I am fairly accustomed to find menace and crushing pressure wherever care and shelter are supposed to be. And still, throughout the past ten years (I have most of my personal planets in Cardinal signs) Pluto scared me, humbled me and tore me down. I was still functioning, externally, but internally I was basically screaming 24/7 (well, sometimes externally too, to be honest). That’s how it’s done. How else are we supposed to not just outgrow our comfort zone, but completely forget how comfort remotely feels like and just get out of our own way?

Pluto is not a gentle nudge, especially when it comes to hard aspects. It’s a crash course, it’s apocalypse, it’s chaos and tough love. Pluto is radical, unforgiving, uncompromising, relentless. Those who claim otherwise, saying they are perfectly able to handle Pluto, to mould Pluto, to control Pluto, because they have X in Scorpio or Pluto herself conjunct their whatever, are probably talking from a place of Ego (and a huge one at that). That would be a contradiction, since self-importance and hybris would not allow us to surrender the Ego and experience the complete upheaval that Pluto requires, the baptism of fire, the radical rebirth. Clinging on to what we think we know might and does definitely work in other contexts, but not with Pluto, ever. Only after the storm has passed and the dust has settled, we realize that we could perfectly handle it, like in fact we did.

But what does it mean, specifically, to experience a Pluto transit to Mercury?

Pluto first started transiting my Mercury in early 2017, back when I was graduating from my MA while working a regular day job. Even though at that point I was also dealing with the aftermath of a Pluto to Sun transit, I vividly remember the feeling of Pluto squaring my Mercury being different than that of Pluto squaring my Sun. If Pluto transiting my Sun felt like my identity was being squished and the very baseline of my existence obliterated, my Pluto/Mercury transit felt, unsurprisingly, challenging from a mental standpoint.

That was when I started to feel like there were holes and tears in the very fabric of my mind that I had not previously noticed. I discovered shortcomings and fallacies in my reasoning that weren’t previously addressed. I started to think that my mental skills just weren’t up to the task, any task. Shame and impostor syndrome ensued. Almost simultaneously, my language skills started to deteriorate – both in Italian and English, which is my second language. Or at least, that’s how it felt to me. My mind became a very claustrophobic place, and not in terms of moods and feelings, even though I wasn’t certainly at my happiest, but rather because my built-in mental content was seemingly crumbling apart. Everything I thought I knew. Every bit of knowledge. My once vivacious intellect, flair for words, ideas, memories and opinions were fading away like fog and leaving me with doubts and many, many questions.

If you’re a long-time follower of mine, you probably remember that Zodiac Poetry was put on hiatus shortly after. Entering a long distance relationship, working a regular 9 to 5 and having to make time for learning  a new skill – while basically re-learning how to use my brain in the process – left me with little to no time for running a blog and performing consultations for my clients. I often describe that phase of my life as having a gag over my mouth (which is also a very apt BDSM reference, since that would be Pluto’s thing, too), because the willingness to express myself was just as strong as before, but everything seemed to conspire against that.

When Pluto transits your Mercury, you have to re-wire your brain. But first, you have to unlearn, to make a clean slate out of it.  Tabula rasa. Staring into the void, dismantling every concept, prejudice and dogma that has been drilled into your head and give birth to what philosopher John Locke described as the “free, self-authored mind”. In a nutshell, it’s about reverse-engineering your own thought patterns, questioning them, and deepen your understanding of yourself and the world around you.

I cannot say I have completed the process, as I’m in for more hits from Saturn to my Mercury in the coming months. But I have recently started to realize how this complete renewal of my mental structures and processes was desperately needed. Giving up astrology for a while, as frustrating as it was, helped me learning a new skill that is now allowing me to have an additional source of income and pursue my aspiration of living independently, without being chained to a 9 to 5 life that I never deemed suitable to my wants and needs. Since this new skill is based on my understanding of language and it requires it to be meticulous and crystal-clear, I couldn’t have acquired it without questioning and upgrading my communicative functions in the first place.

Yes, Pluto seems to take everything from you, but the truth is, she leaves you with much, much more. Becoming your own person is a gift, and it has a price. The price is letting go and trusting the unknown, the process. Whatever you’re going through, Pluto-related or not, it’s not the end, I promise.

Did you ever experience a Pluto to Mercury transit? How did it feel like? Leave a comment and let me know!

If you are experiencing a Pluto to Mercury transit, a Pluto transit to other planets/points in your chart or find yourself in a similar situation to the one described in this post, you can request an astrology consultation or a Tarot reading.

Focus On Your Inner Life

E.T.s Are Watching: Use Your Superpowers ∞The 9D Arcturian Council

Quarantine Memories: Insights From The 2020 Pandemic

Our Lives Are An Exercise in Synergy Illuminating Our Shadow Material

We have 1290 guests and no members online