New Beginnings - Arcturians
A+ A A- 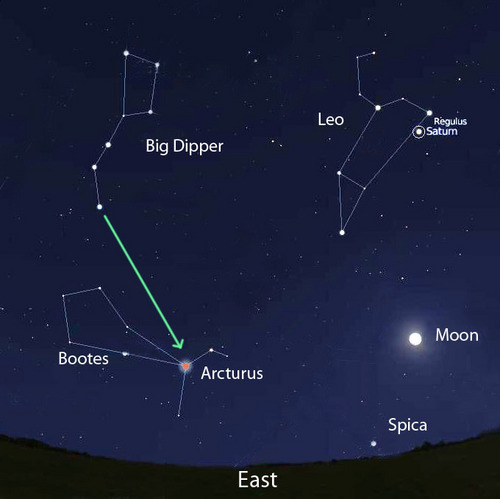 Our Dear Emissaries to Earth,

We come to you in this NOW to inform you that we will be landing soon, but only in a frequency of reality in which “Power Within Self” has replaced all remnants of “Power Over Others.”

Hence, the frequency in which we land will be determined by humanity. We know that those who live via Power Within are not responsible for those who linger in the lower dimensional format of Power Over Others.

All that our beloved returnees to lightbody can do to assist the ones lost to Power Over, is to send them Unconditional Love and Violet Fire. Then you must release them from your consciousness, as it is their decision to awaken or remain asleep within a reality of fear and domination.

By remaining in the format of fear and domination they will have chosen to attach their lower states of consciousness to the remnants of Gaia’s Lower Astral Plane. The Lower Astral Plane is much like the cellar of an old house that has been abandoned. This “old house” is being renovated from the “roof” down.

As the “house” is renovated, the frequency rate will expand into higher dimensions that are not accessible to those who choose to live in the darkness of the cellar among that which has been long ago been stored and forgotten.

In other words, as our awakening ones remember to forget the lost ones, their consciousness will expand beyond “frequency range of experience” of those lost to the “cellar.” Hence, the lost ones will remain in the lowest planes of existence, while the ascending ones align with higher and higher frequencies of reality.

Eventually, the frequency of the planet will be so wonderfully high that the lower astral plane will be shed from Gaia’s body. Just as an animal takes on a heavy fur coat for the long, cold winter and sheds it in the spring, Gaia will shed Her heavy, Lower Astral Plane.

As She returns to Her beloved fifth dimensional frequency, She will first shed the density of the Lower Astral Plane and, eventually, shed all of remnants of Her third and fourth dimensional planetary body.

As we have often said, Gaia is an extremely loving Mother. Therefore, as long as She carries any remnants of third/fourth dimensional time, She will provide a place where her lost ones can decide to enter into the Light.

This Higher Light will eventually engulf even the lowest astral plane, and the lost ones will need to re-locate to another planet on which they will, hopefully, release their habit of Power Over, as well as their need to be a victim, have an enemy, and suffer before they can change.

You see Power Over can only exist when there are others who have chosen to be a victim. We are not saying that the choice to be a victim is a conscious choice, as it is usually an unconscious choice. Many have become addicted to the third dimension format of ruler and ruled.

This addiction will only fade when those trapped within the format of Power Over remember that Gaia is a planet that is ruled by free will. Because of Gaia’s free will, those who choose to be in the Power Over format in order to be a victim, can also choose to release that addiction and take charge of their own life.

However, the gift of Unconditional Love will greatly impact them, as they have likely only received conditional love throughout many of their incarnations. Once they receive Unconditional Love, they will begin to realize that just maybe they can stand up to whatever has kept them in the pattern of being a victim.

That realization will change their life forever, as they will discover that they just may deserve love “unconditionally.” The concept of deserving love just because you are alive is likely very new to them, as they have grown up believing that they are not “good enough.”

With this realization, they are ready to receive your gift of the Violet Fire to assist them in their process of transmutation into a higher frequency of reality. There are many invisible sub-planes in the physical plane of the third dimension.

Because love is far too often “conditional” within that frequency of reality, many people become lost in the belief that they are not “good enough.” The dark ones have had a great deal of power within that resonance of reality for many cycles.

They have maintained their power by convincing others that they are not strong enough to stand up for themselves and need the “help” of those who appear to be stronger. Because those trapped in what they perceive as their failures, disappointments, and hardships of the lowest resonance of the third dimension are so beaten down by life, they do not recognize that the assistance of these dark ones is really a trap.

We will now address each of these concepts beginning with love. Love is an energy field that travels in expanding cycles, where as love’s opposite, fear, travels in ever decreasing cycles. We say “cycles” as energy fields travel in circular patterns, as they also travel vertically and horizontally.

When we talk about an “energy field,” we mean “a package of energy that resonates to the same “fields” of thoughts and emotions. In this case, think of the word  “field” much as a field of grass, flowers, snow or crops, such as wheat. Everything on this “field” is similar and needs the same amount of light, water, warmth, and/or shade.

In the same manner, an energy field holds similar thoughts, which grow from the “field” of similar emotions. If one grows up and/or becomes trapped in an energy field of disappointment, failure, loss and suffering, they will find others like them lost in that energy field.

Since they are all lost, it is difficult for anyone to see the way out. Those who live via power over others work hard to create situations, which diminish people and group them with other people who have also been diminished.

However, unconditional love is also an energy field. However, this energy field is the collection of acceptance, support and the empowerment of loving one’s self enough to openly and warmly love another. Because every person can love and accept them, they can also love and accept others.

Then, because they have been surrounded by Unconditional Love, they are able to say, “How can we help you?” On the other hand, they would likely feel inadequate if they were accustomed to the energy field of disappointment and hardship.

Do you see how we are showing you the “big picture” of your reality? While you are walking in the midst of a huge “field”, you can only see that which is around you. However, if you were up on a hill, or in a plane—or on a starship—you would get the same perspective as we do from the higher dimensions of our ships.

We welcome you to join us on our ships, but most of you are not yet able to consciously have that experience. However, we wish you to know that many of you join us while you are in your fourth dimensional astral body. Most often this occurs while you are sleeping or doing a deep meditation, but soon your visits will be more common.

Just as the person who lived within a fear-based, power over energy field may feel uncomfortable in a love-based, power within energy field, your third dimensional consciousness may feel very uncomfortable in a fifth dimensional star ship. Fortunately, our ships are filled with Unconditional Love, which will instantly make you feel safe and peaceful.

Your world is on the cusp of great change, and chaos usually precedes change. You will all be called upon to leave your comfort zone and bravely face aspects of reality that could be very challenging, in fact frightening, to those who have never considered the fact that there are other civilizations beyond Earth.

Then, they will be confronted with the fact that these civilizations are far more technologically, mentally, socially, and emotionally advanced. Those who have lived by their “power over others” regime will be shocked, terrified, and dangerous.

Therefore, those of you who are informed and prepared mentally and emotionally, will be called on to send your deepest Unconditional Love into the energy fields of fear, confusion, and disbelief.

Many of our Earth friends will welcome the shift in their reality because they are informed and have been in connection with us for many decades. On the other hand, many people have never even considered that there are higher dimensions of reality in which uncountable societies and worlds live in peace and unconditional love.

As you can see from your Internet, books and classes, more and more people are beginning to consciously embrace a reality in which the illusions of the third/fourth dimensions are replaced with the proof that there is a fifth dimensional world, as well as far, far beyond.

Are YOU ready to embrace this higher dimensional energy field? If your answer is YES, then you will likely be among those who will be preparing, educating and calming those who are not ready.

If your answer is NO, then you likely will never read this message.

But if you do, remember that reality is a choice of one’s perception.

Remember, whether you admit it or not, you are ALL the creators of your reality! Also, please remember, “Time is an illusion of the third dimension.” When we say that we are coming NOW, that means that you will experience that NOW only when YOU are ready.

To find this Earth, don’t look UP. To find New Earth, look IN!

With Unconditional Love, The Arcturians.