The Pleiadian Renegades: Don’t Count the One Thing Out 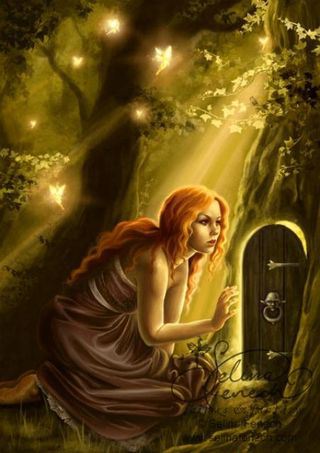 We have been waiting to tell you some things until now, on the off chance that you might notice them yourselves and put the pieces together in a way that would make this message superfluous. Some have figured it out, some have it just on the tip of their tongue, and some have no idea what it could be, yet have a vague sense of knowing “something” is on the horizon, change is in the air, things are not what they seem, and other such vague-feeling descriptors.

Others of your people who probably won’t be reading this message as it is here might not even have a clue about the energetic undercurrents and where they’re leading, and to those we wish a good awakening and hearty welcome, if they accept the invitation from the universe to join the throngs of people who have their inner eye open and functional. The rest of humanity will have some catching up to do when it comes time to think as one, and the more wishes they receive from all of us for a smooth transition into the light of understanding that’s about to crack open the sky, the better.

Look at what’s happening in your world today. Look at the things that you aren’t hearing much about, and think about why you’re not hearing about them, why your fellow humans are either asleep at the wheel or just out of the loop, why things are the way they are, and why they have been permitted to remain that way for so long. Look at the things that have changed in the recent years and months, at the recent waking-up of masses of people, at the questions that are being passed from ear to ear, from heart to heart, at the secrets that have been simmering just below the surface of conscious knowing. What do you see, dear ones, and what is missing from the picture? You could try to see what hasn’t happened that could have, how things could actually be worse, how there may be hope for people in spite of the degradation of planet, people, and piety, in spite of the worst acts against the human spirit that have been attempted by those who wield clubs and other forms of power. Is this the world you envisioned many years ago when you were shaping your dream of the future? We are sure you weren’t thinking along the lines of what you might see from various points of view from around the planet as a whole. One person’s dream might be another’s nightmare, and when you raise that to a power of many minds joined in unison, then you have certainly upped that stakes for things going in one direction or another. You know there are those who have dark designs for the future of mankind. That’s not news to most of you. The extent of such designs might surprise some of you, but then again, it fits together like a finely tuned machine when you consider all the pieces are of a singular motivation and basic color scheme. In contrast to that are various collections of consciousness, none of which is whole unto itself, none of which has the complete road map to the promised land, all of which are working with the idea that it is necessary to follow the lead of someone yet not agreeing on who that someone is, or even what kind of someone that might be. So the upshot is, you have a darkly looming intelligence organizing its way toward a goal on the one hand, and a lot of defined yet insular light-oriented modalities of human expression moving in some way or other in opposition to the entropic pull of dark fate. Dreamland is somewhere in between, and from the hazy nebula that surrounds the land of dreamers, either side can appear as light or dark as the other. Such is the nature of the world, or so it has been. To some extent it still is, but the nebula is dissipating and truth is showing through the cracks. As light infiltrates the matrix, be prepared for everything to shift accordingly, for light has a way of bending itself around the most dense of darkness in such a way that you can see what has been hidden in crystal clarity, and the awakening that follows the inner eye opening is going to set things on a wholly different course than many might have anticipated. That’s where we have to say, the story is going to change and some of the things you might have counted on to happen in such-and-such a way might have some things rewritten from the original script. If you can go with that, all the better.

In our reckoning, you have a little time left before things start to heat up and sizzle. Things like taking the garbage out, tidying up, and getting yourself together are probably priorities when you have guests coming. We suggest you take the same sort of actions to heart these days within your personal space, within your mindspace, and in the in-between among you as well. Get things ready for the next phase of shifting, dear ones, for what is on the horizon is something you’ll want to have yourselves together for. It only makes sense to use the time to take a look around and see what needs your attention. Have you picked up the pieces of brokenness and swept the way clean for new emergence to come forth? Have you gathered the endings and wrapped them up into a neat little package to send off to the past? Have you made sure that you have fully stocked your larder for coming surprises and neighborhood cookouts? You can think of these things as you meditate your way through the various crises of a normal day. It doesn’t have to take a lot of time or mental effort, once you figure out the trick of overlaying basic self-care principles onto the unification of the human consciousness in anticipation for incursions of light and intelligence from the expanded version of the Earth matrix that is settling into place. In fact, it should become second nature to you. The easier this becomes for you as a unified body of people of Earth, the better.

Now, as to the nature of change. One thing is a constant in the world of yours, and that is change. Change is a constant in the cosmos. We have seen a lot of it in our history, and that corresponds to your history. Our history, you see, is the greater part of your own. The history you consider to have begun when first man picked up a stick and used it as a tool is not the beginning of your history at all. In a universe of change, there can be no beginning. There can be no ending. There is, and beyond what is, is not, yet in the interplay between is and is-not exists the multifaceted opalescence of change. We see you as a continuation of our own history, a modulation from a theme, the new expression of what human means. We are you in the future, and we are you in the past. You are in the now and time is set to collapse upon itself, and when the cycle is complete and change has finished its project within the laboratory of Planet Earth, you will emerge as new beings within a new environment, with a new understanding of who you are. Is this not the nature of change? It is up to you, now, to complement the potential of energy which is your life with a beneficiary designated as your own self, to push the seed through the dark blanket of enveloping base nature into the light that beckons from above. It is up to you to give the call to your fellow humans that no matter what function they see themselves fulfilling, there is something great happening to all of you together, each pushing in their own way, working through the unknown of what is to be toward emergence into something better.

We hear you, our brothers and sisters. We love you as we love our own family, our own selves. We see the pain many are enduring, the atrocities that you are witnessing, the total disruption of sanity that is threatening many of your fellow beings. We are here to help and we are here to support, and the time is coming that this is no longer in question to so many of you who have been waiting impatiently for the wait to be over and things to move on into the truthtelling and long-awaited intergalactic contact to begin. We are watching the movements of the ones who are awake as they stealthily pull back the curtains for the sleepers to get aroused, and we are here, right here with you, should you need to reach for some mental contact with us. Stay calm, dear ones, and know that we are on the edge of a new development in the story of who we came to be. With love, we leave you now, and remain in your hearts as family and trusted friends. Be vigilant. Things are moving toward a better world.

The Pleiadian Renegades are a collective of beings from a high-frequency, low-density reality that sources from the light of the sun of Alcyone. They are human beings of a higher level of awareness and come to our realm of awareness now as midwives for our collective transformation into the consciousness of divinity. They do this with great love, humor, and depth of understanding.

We have 1056 guests and no members online