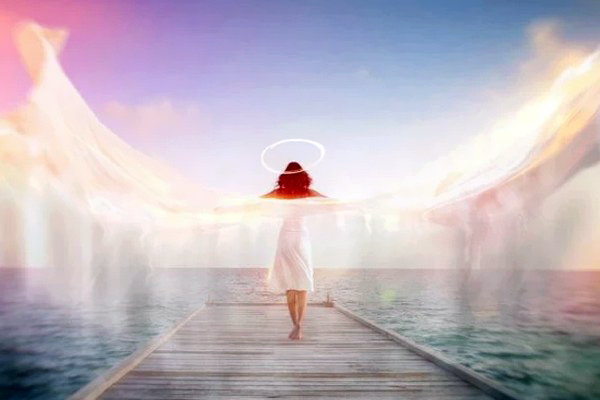 In modern English, we have the word 'Angel,' which has been derived from the old English word 'Engel,' both these derived from Late Greek word 'Angelos' which means 'Messenger.' About 8 out of 10 Americans believe in Angels.

According to various mythologies and religions, it is believed that angels are a supernatural being, declaring them as the messengers of God. They are characterized as the human form of extraordinary beauty with wings, halo, and divine light. It has been a firm belief of tens of millions of people that Angels are delineated as 'Guardians of Humans,' 'Protectors of Humans,' and 'Servants of God.'

Studies, research, and beliefs made it clear that angels work for us in many different ways. For many people out there, it is a firm belief that God Almighty has blessed us with His angels to inspire and help us.

They watch over and save us from dangers and communicate God's message to us and have involvement in our lives in countless ways, like encouraging our good thoughts and inviting us to do good. They help us in becoming a better version of ourselves.

"The more that you trust and believe in angels, the more they will pour their blessings upon you." (Denise Linn)

Do Angels Exist? Or Does It Is Just A Mere Fantasy?

As significant religions of the world are concerned, every religion has spoken about 'angels' from The Holy Bible to The Holy Quran. The existence of angels and their studies have been under great limelight for centuries.

There are ancient legends, philosophies, and religious writings that help people getting their confusions clear concerning the existence of angels. You can learn more about them by reading different religious books as most of them talk about their existence.

For centuries it has been told that Angels play the role of intermediaries between God and humankind and as society grows and centuries passed, tens of thousands of people in the world have reported encountering these supernatural beings at different times.

People have been encountering angels for long. Many believe that they are just high statues to represent religious beliefs, and some only considered them to be children's tales and renaissance paintings. But this isn't the truth as a true believer in religion and a wise person to understand you would have concluded to as Angels are real, and they are our protectors and superheroes.

The study of angels is known as 'Angelology.' People who are researching angels and spiritual life come up with fascinating revelation as to their existence and their work, which has been set by the Almighty.

Angels tend to be believed by almost every follower in this world, but to be more precise, these top 2 religions and their believers are found to be pure in faith.

What Does Christianity Believe?

Christianity believes in Angels, and spiritual life has been a strong one. Angels are believed to be the attendants and workers of God and the holy book, i.e., the Holy Bible has high regard for them and also stated that God created them. Bible depicts angels bringing messages of God to his people.

Here are some examples;

Luke 1: 26-27 says, "And in the sixth month the angel Gabriel was sent from God unto a city of Galilee, named Nazareth, To a virgin espoused to a man whose name was Joseph, of the house of David; and the virgin's name was Mary."

Psalm 91:11 says, "He will command His angels concerning you to guard you in all your ways."

What Does Islam Believe?

The Arabic word for angel is 'Malak'; this word means messenger and the most powerful one.  Islam has a different perspective concerning angels and supernatural beings. Muslims believe that angels are real who will undoubtedly suffer death but are hidden from our senses.

Also, they are not the objects to be worshipped or prayed to, as they don't and couldn't deliver our prayers to God. They carry out the commands of Almighty God.

"As far as the Islamic perspective is concerned, Islam believes that there are no fallen angels of any kind: they are not even distinguished into 'good angels' and 'evil angels.'

Following verses from the Holy Quran describes what Islam thinks;

Quran 21:20 says, "They celebrate His praises night and day, nor do they ever slacken."

Quran 2:97 says, "Whoever is an enemy to Gabriel – for he brings down the (revelation) to your heart by God's will…"

Religious books are meant to heal an individual. But still, if you are looking for another platform to restore mental peace through spirituality, then just breathe mag is the answer. This platform regularly posts about spiritual health and wellness.

For centuries humans have been fascinated with the existence of Angels. Listed below are some of the interesting facts you may not know about God's powerful heavenly ministers!

How Angels Reflect In Our Lives?

It can be said that angels are attached to us and reflect our lives in every smallest possible way, which we have not even think of. Their form of assistance includes physical, mental, emotional, and spiritual. They desired and wished us to be balanced and free, and we must cooperate with them to help us get to heal.

If you want more information on the existence of angels and in what ways they impact our lives, then buy essay online and get a detailed analysis form professionals.

Every person isn't living an upright life. The thoughts of vanity, delusion, are bricking the fear in us and that fear ultimately becomes guilt; guilt that we don't overcome. Our judgments and arrogant attitude might delay healing because many of us become the lost soul and get on with the flow.

Angels understand us and never act against our will; it is our duty to act accordingly. They set the example of uprightness for us, and we should also be following the same path before we taste death.

Getting it straight to the bottom line, it can be said that angels are like our friends, the good-friends, guiding us and wanting us to be righteous and conscious. They want us to remain intact with our conscience. We must be open to the idea, believe, and thankful for their sustenance.

Amanda Jerelyn currently works as a Lifestyle Blogger at Crowd Writer, where higher education students can acquire professional academic writing services UK from experts specializing in their subjects and topics. During her free time, she likes to try out the carpentry skills she learned during her college days and make home décor items.

This article was submitted exclusively to CrystalWind.ca by Amanda Jerelyn.

Your Self Realization ~ Teachings of the Masters

We have 1908 guests and no members online