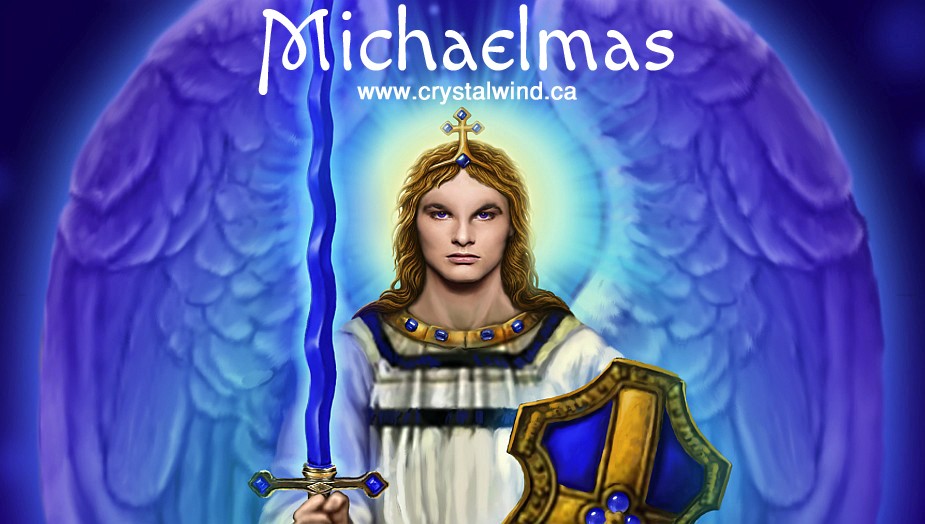 The 29th of September is the feast of St Michael the archangel, who, among other things, is the patron saint of grocers.

It is also called the "Feast of St. Michael and All Angels" (for Michael, Gabriel, and Raphael, though in theory, Gabriel has his own day on 24 March and Raphael his on 24 October.)

Michaelmas Day was a major festival during the Middle Ages; in fact, it was one of the quarter days that divided the calendar year into four: Lady Day (March 25th), Midsummer Day (June 24th), Michaelmas Day (September 29th), and Christmas Day (December 25th.) In Sweden, was an official holiday until 1772.

On Michaelmas, rents were due, employment years ended and began, and school autumn terms started.

Michaelmas marked the start of the winter half of the year. It was the end of fishing season, the start of the hunting season for large game. By now, everyone's harvest was usually in, so country fairs were held at which the excess could be sold. It was the time to start harvesting apples and making cider.

Geese as this time of year are sometimes called "green geese" . It doesn't mean that they're actually green; just younger and smaller than the geese that would be sold later at Christmas. It was considered good luck in Ireland and England to have goose on this day; it was believed that it would help to ensure the next year would be prosperous.

There were many different traditions, food customs and superstitions in different countries in Europe.

In Ireland, they'd make a Michaelmas Pie, and hide a ring in it. Whoever got the ring would be married within the year. The Michaelmas Pie was probably a sweet pie (as goose was usually served as the main course), perhaps apple or blackberry.

In many countries, Michaelmas day was considered the day after which it was unwise to pick blackberries, as the devil might have spat on them after today.

On this day, waffles were traditional in France, gnocchi in Italy, and mutton in Estonia. 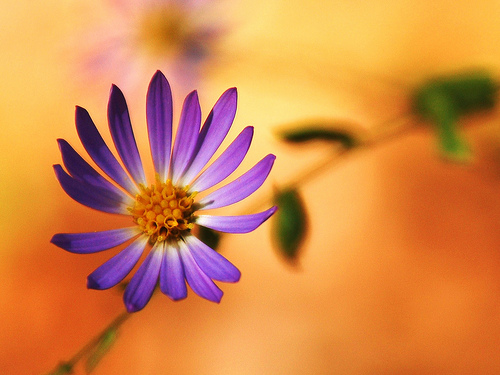 The aster flower, also known as the Michaelmas Daisy is in season in North America at the end of September.

Blackberries: There’s a legend concerning Lucifer falling into a blackberry bush after being expelled from heaven by St. Michael and spitting on the blackberries to make them bitter so that they cannot be picked after Michaelmas. 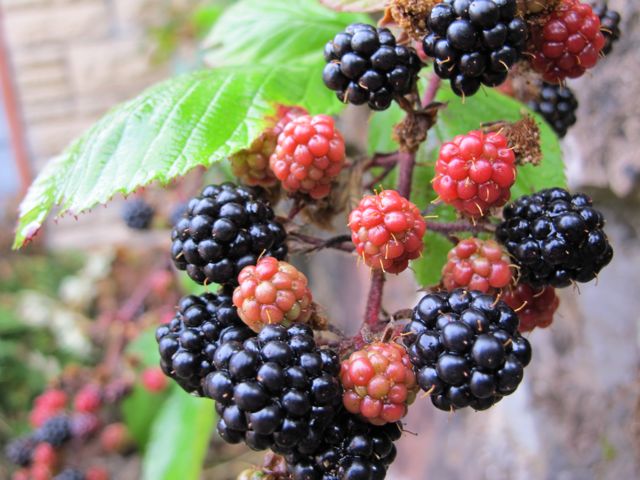 On Michaelmas Day the devil puts his foot on the blackberries.

“Eat a goose on Michaelmas Day, Want not for money all the year”.

In the British Isles, Michaelmas is celebrated on September 29. As the Feast of St. Michael within the Catholic church, this date is often associated with the harvest because of its proximity to the autumn equinox. Although it's not a Pagan holiday in the true sense, Michaelmas celebrations often included older aspects of Pagan harvest customs, such as the weaving of corn dolls from the last sheaves of grain.

During the medieval period, Michaelmas was considered one of the holy days of obligation, although that tradition ended in the 1700s. Customs included the preparation of a meal of goose which had been fed on the stubble of the fields following the harvest (called a stubble-goose). There was also a tradition of preparing special larger-than-usual loaves of bread, and St. Michael's bannocks, which was a special kind of oatcake.

By Michaelmas, the harvest was typically complete, and the next year's farming cycle would begin as landowners saw reeves elected from among the peasants for the following year. The reeve's job was to watch over the work and make sure everyone was doing their share, as well as collecting rents and donations of products. If a holding's rent fell short, it was up to the reeve to make it up - as you can imagine, no one really wanted to be reeve. This was also the time of year when accounts were balanced up, annual dues paid to local guilds, workers were hired on for the next season, and new leases taken for the following year.

The festival of Michaelmas occurs on September 29 and is named after St. Michael, known as the protector of humanity, who inspires qualities of courage, initiative, and steadfastness. As we move away from the expansiveness of summer, the weather turns cooler, the days grow shorter, and we stop and honor St Michael, allowing his strength to help strengthen our will and move us into a more reflective and meditative state as we approach winter.

The Celts celebrated Michaelmas as a way to mark the autumnal equinox — the end of harvest time and the turning of the weather and seasons. In the Christian tradition, St. Michael fights and slays a dragon. Simply put, the dragon is a metaphor for the devil and the temptation to sin.

St Michael’s Day traditions include giving visitors bunches of carrots tied with pieces of red string. Carrots were considered lucky, especially if the carrots had forked roots. A well-fattened goose fed on the stubble from the fields after the harvest is eaten to guarantee the diner good fortune in the coming year and that he or she would be at least $1,000 richer by the end of 12 months. Another tradition is predicting the weather for the coming winter by the color of the breast meat of the Michaelmas goose. Also a posy of Michaelmas daisies or purple asters was used to decorate the dinner table.

On Michaelmas Day, we are invited to consider the resolve we require as we head into winter, the areas that we need to strengthen in ourselves, the fears that we need to face, and the initiatives that will we take.

The Vatican and Dark Mother

Make a Ritual of Ritual