Auras: The Energy of Life

Auras: The Energy of Life 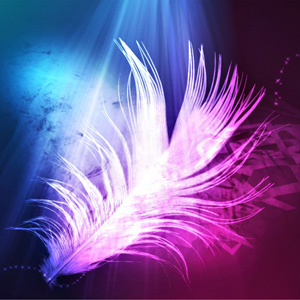 I have seen auras my entire life. I remember feeling surprised and confused when I first learned that not everyone is able to see auras. This sense of bewilderment led me to search for clues at an early age as to what the exact nature of the aura really is.

My research encompassed eastern philosophy, biology, Jungian psychology, electro-magnetism, metaphysics, new age spiritualism and a host of other material which served to shed some light on the phenomena of auras but which didn't quite match what I observed with my own eyes. I do not mean to imply that other interpretations of auras are wrong or right, only that they are not exactly matched to what I have witnessed personally.

It has been my personal observations of auras which have led to the conclusions that I now share with you. First let me describe, as best as possible, what it is that I see when referring to auras. Later, I will offer my thoughts regarding the nature of auras.

I see a vibration upon the surface of objects consisting of multiple colors that seems to resonate based on how much energy the particular object is releasing or reflecting.

Note how I have used the word objects. The auras that I see surround everything, living or not.

I have noticed that the aura of people changes based on moods and health. Particular areas of the body seem to be more likely to manifest a change in aura than others. Hands, face and forehead specifically, seem to offer an indication of general mood and health. The aura vibrates more intensely and appears either orange or red in overall color when a person is ill or suffering some pain.

I have observed a purplish hue in the aura of people suffering from migraine headaches as well as depression. This purplish color is usually seen in the area of the temples or at the brow-line, but I have also noticed it surrounding the hands and feet of depressed people.

The color and size of the aura changes in people during various emotional states. By size I am referring to the distance that the aura spreads out from the body. People in an agitated or angry mood have an aura that appears chaotic and usually orange/red in color. I have also seen changes in aura colors before, during and after meditation.

The color of an object has an effect on the aura that it creates. Lighter colored objects seem to reflect aura energy and darker objects seem to absorb it. Primary colors create an aura that most resembles the aura color that I observe most often in people.

The surface of water does not seem to have an aura. I find this unusual since almost every other thing seems to be generating aura energy or reflecting it and has a visible aura radiation. I assume that water has special properties relating to aura energy and must be absorbing aura energy at such a rate that aura is not visible on the surface. I have noticed that other reflective surfaces, mirrors, glass, etc, also seem to have a diminished aura level, but not so much as the surface of water which has no observable aura.

On one memorable occasion I have witnessed a person briefly with what is best described as a black aura. I found this event to be very disturbing and worrisome and did not feel inclined whatsoever to investigate that person's aura in any further detail.

Probably the most significant observation that I have made of auras deals with the subject of the afterlife. At the moment of death there is a sudden and intense burst of aura energy. This aura energy burst radiates outward in a split second and is gone. I have witnessed this phenomenon at the passing of my grandmother as well as in on a few occasions.

We know that living things create and store energy in various forms. We also know that living things are capable of conducting electrical and other forms of energy within their environment. Further, we understand that the environment is a complex energy system, constantly changing and transforming one form of energy into another. A thunderstorm is a good example of the environment in a state of continual energy flux. It is my belief that the human aura is the result of various energies coming into contact and interacting with one another. The human aura is not necessarily a discharge of energy but rather a field of energy created by interactions with the energy fields active within the environment.

Science has to a certain extent validated these statements. David Bohm's theories regarding the existence of an energetic multidimensional universe provide a framework for the discovery of the aura's origin. I will save the discussion of theoretical physics relating to auras and other paranormal activity for another article. Suffice it to say that the leading scientists of today offer at the very least, the potential for the existence of subtle energies in the form of human auras.

Human aura energy is capable of interacting with the environment and vice versa, and non-living objects are able to retain the energies of living creatures suggesting a method of energy transference that has not been the subject of serious research.

Continued research of aura phenomena may lead to a better understanding of the subtle interactions of living creatures within the energy fields of the environment. Further research may also provide valuable insights into areas of communication, psychology, health and ultimately may even offer answers to the questions of life after death.

We have 1533 guests and no members online