Opening Your Mind And Heart - A Message From Lord Sananda 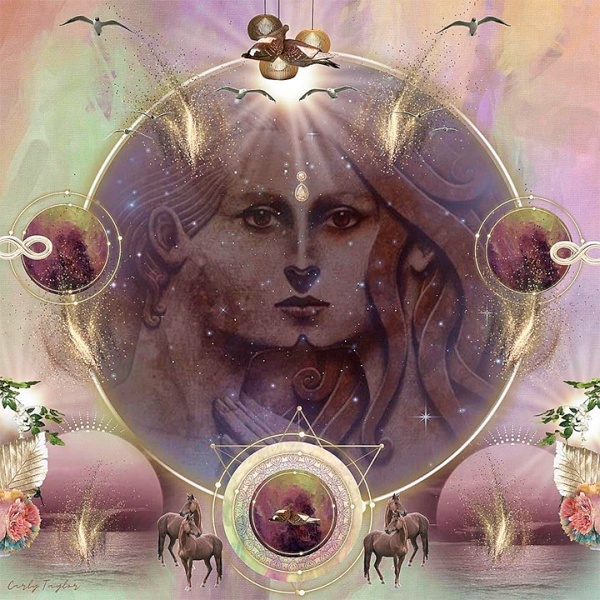 Dear sons and daughters of the planet Earth!

For many it has been said, in their religions, that the day will come when I will come to the planet again, again I would walk this planet, preaching and bringing peace. And many of you still believe that. I can tell each one of you that I'm already here. I will not materialize in a physical body, for everyone to see me, for everyone to know that I am back. So I can say here and now, that I didn't come back because I never left here. I have always been on this planet, of course, not physically but within the heart of each of you. All beings on this planet have my spark in their hearts. So I never left here. In parallel, my journey of spiritual elevation continued, and today I am in very high dimensions, my soul would no longer fit in a physical garment.

So I would like to demystify all those who say that I will return, because I will not return, I'm already here. So don't be waiting for an enlightened being to come down from heaven, who will walk this planet preaching love again. Especially because, if at that time in Palestine I was crucified for interfering with the interests of those who dominated that time, imagine today I arrived back here on the planet, telling all the truths that are here. Surely my voice would be quiet again. So I can say again: I will not be returning, because I am already here, I am in the heart of each of you. Whoever loves me, who trusts me, knows where I am and when he looks for me, finds me immediately. Because I am there in everyone's heart. As the Planetary Christ, I have this power, to be in the heart of every inhabitant of this planet. Like Maitreya, from now on, he will also be, because he becomes the Planetary Christ.

For those who still don't know my Letters, I say, make a big effort to start reading, to study them, if that is a great sacrifice for you. Really the truths that are there, are not very well accepted by all hearts. Many will say that it is not my work there, it is the work of the evil one, as was said in Palestine, that I could never have said that. Even more to have a human, saying that she talks to me and writing my stories.

As long as every human being on this planet is closed to the truth, closed to the breaking of dogmas and beliefs, this being will not evolve. It is as like he is involved in a large web, yet another very strong web, which nothing, nothing can dissolve. So, however much it is said, however much it is read, this being does not find the resonance with those words there; he finds only doubt, anger, rejection, and worse than that, he labels all those who believe what is there, crazy, satanic, evil. Everyone is wrong but him.

Millions today believe in these Letters. Millions believe that today, beings of light speak through humans. But everyone is crazy, everyone is possessed by demons, everyone is speaking lying words. It is interesting that many, when they hear what we say, even accept, agree, see that there is a truth there, but when they remember who is speaking, they immediately reject everything: "Because that is not a being of light, because this doesn’t exist”.

For those who are arriving and for many who are already here and who still refute my Letters, I have to say that in these Letters, it is not enough to just read, listen, understand, agree, there is my energy. And when you resonate with what is written there, this energy of mine feeds the energy of everyone who reads. Making this being evolve, making this being, open your mind more and more and dissolve those veils, so meticulously embroidered around you. With each line, with each word read in my Letters, a piece of that shell of beliefs, lies, is dissolved. Has no way, my words have this power, because they came with this power, with this objective, to bring the truth, to bring freedom from religious beliefs and dogmas.

I am not here preaching against any religion, but all without exception, they were not programmed to help humanity but to control humanity, each in its own way. Are there honest and true points in each religion? There is, but I can say here, that they do not even reach half of everything that is said within their religions. All, I repeat and affirm, were created for the manipulation and control of the entire human race,all without exception. So when you read my Letters, these truths appear crystal clear, clean; and whoever reads them starts to have no more doubts about anything. Everything becomes transparent, it becomes visible, because the veils are falling.

The Light brings the truth. My Letters are Light, as they contain my energy, so there is my truth. Not the truth told in your books, and by humans, it's my truth. So you who still believe that I will come down from the sky, to again preach on this planet. This is not my purpose. My voice is being spread already on the planet. I will not come, I am already here, and this is how my voice will no longer be silent. And everyone who wants to hear what I have to say, will be contaminated by my energy. Unless they don't want it, they close themselves like an old chest and throw away the key? then they will gain nothing, they will only be one more, in those who agree to nothing, who only attack, only see the evil side.

It is an interesting approach, which many religions have, to state that everything that is different from what they say, is evil. So many close themselves off for believing this, even if they don't agree with what they say, but what the other is saying comes from the evil one. How is this not a form of control? Is it not allowing you to know other ideas? Is it preventing you from knowing other truths? Think about it. I already said about it here: evil has the power you give it.

So if everyone believes, what is said comes from evil or evil gains power. Because it increases more and more, those bandages, those chains, those armors that are around you; and each day, you see less of the truths that appear.

Just think, if you don't want to believe, that I'm speaking here, calling myself Sananda because it's the name of my soul, but I was Jesus Christ when I was incarnated on Earth. This is how many people know me, but I will not be extolling an incarnate life, I will exalt my soul, which is called Sananda.

I would like all of you whom today are still shouting in your sermons, in your meetings, that I am going to come back, stop and realize the lie that you are preaching. Because I will not be returning, I am already here, not physically and I will not come this way anymore, but I am inside everyone's heart and I am in my Letters. They are my voice, they are the legacy that I am leaving you with at this moment when you entered this New Age.

Open your minds. Do not believe everything that is said to be evil. Open your hearts and listen, read and feel, not because that or someone said it is wrong, you are not a manipulated puppet, so you call yourself. So if you are not a puppet, think with your head, not with the head of your religion, not with the head of those who go ahead, attack other religions and attack everything that happens at this time. Open your heart and allow yourself to know the truth. Now I just say, be ready for her, because the truth is ugly, the truth has an unattractive face.

Beliefs and dogmas were taught to manipulate you, to block your minds. So I just say, I Sananda or Jesus, the Christ, get rid of it, open your hearts and minds. Open up. Get rid of that garment that has been placed around you, that everything around you is a lie and evil. The evil one acts like that, but unfortunately, I have an unfavorable revelation to make to you: the evil one even acts through religions. You were deceived because you needed to be manipulated and controlled. And this is not of the Light, it never was. Never was.

What is said in your religious books, no being of light wrote? It was your understanding, humans; and books were being modified, according to the will of those who wanted control and had control. So I just say, do you want the truth? Do you want to break free from all of this? So just open your heart and read my Letters. I assure you that in doing so, you will be breaking free, cutting the chains, opening your mind and heart, effectively to the Light. And this will be of great value and very important for you to reach this New Age. Love, the era of abundance, the era of loose laughter, of the purest joy, of equality, of justice, and above all, of unconditional love.

We have 1419 guests and no members online