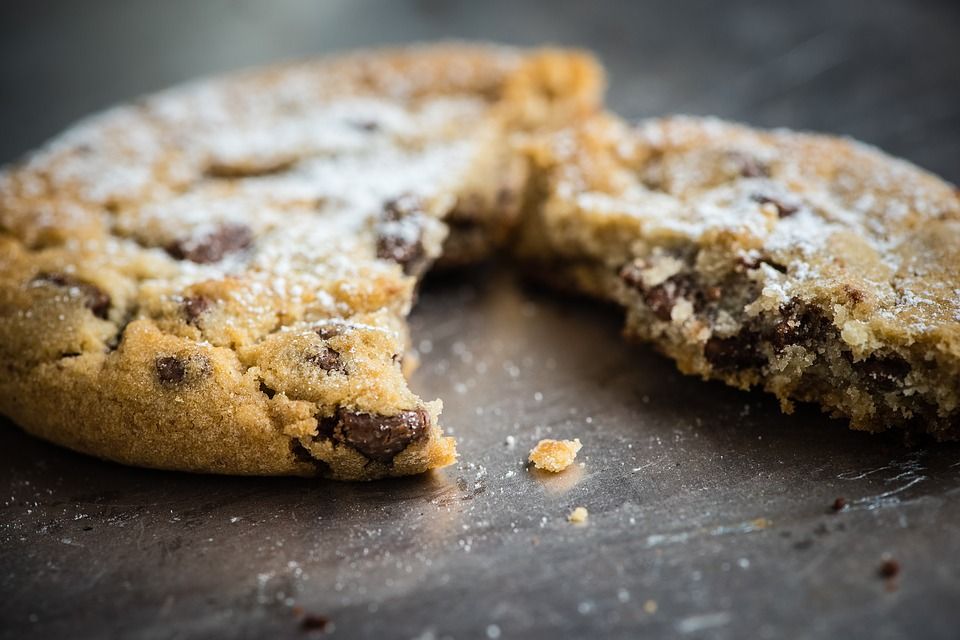 In many ways, I’ve always felt like the broken biscuit in the box, the one that languishes in the bottom until there’s nothing else left and, even then, it doesn’t look like a very tempting treat. After all, who wants a broken biscuit when there are lots of other perfectly formed, whole biscuits gleaming and longing to be eaten, tantalising the taste buds? Of course, the broken biscuit doesn’t taste any different, but, with its imperfections on full display, it’s easy to feel ‘less than’, (not that, to the best of my knowledge, biscuits develop complexes). Perhaps it’s genetic, coming from ‘survival of the fittest’, meaning we are programmed to opt for the perfectly formed biscuit, but is the broken biscuit really ‘less than’? For much of my life, I believed this and felt like the doll left sitting on the shelf, the one with the wonky eye and missing leg, the one that could never truly ‘fit’ or belong. I felt like I’d voided my warranty and, however hard I tried, I simply couldn’t fix myself or make peace with the me I’d become.

I spent years doing battle with myself; trying to present a façade of acceptance and wholeness, but, all the while, crumbling inside. Of course, such a façade couldn’t be sustained indefinitely and the effort to maintain it grew bigger and bigger. I confess, I didn’t wake up one day and ‘see the light’; I just broke. I fell apart and there was nothing left to sustain the pretence: I was me in all my broken glory. I didn’t like what I saw but at least it was real. I had nowhere left to hide and, after the initial panic of having such a realisation passed, I was thankful.

I’ve spent my whole life running and I couldn’t anymore (physically, spiritually or metaphorically). I was thankful as I wasn’t spending all of my time trying to be the person I thought I ought to be or needed to be. Life is a puzzling conundrum; awareness, wisdom and understanding come in bits and pieces. We’re not presented with an instruction manual or given a ‘meaning of life by numbers’ like the painting games of childhood. Of course, when we’re young, we still have the courage we’re born with but life often erodes this as we become automatons in a society of the ordinary and pedestrian, feeling we should be sheep but intuitively knowing we’re not. This can shackle us and, over time, our spark fades and we lose sight of the magic within.

When we’re young, possibility is scattered all around and within us, and life slowly comes together with the experiences we have (and do not have). Initially the words tumble as they dance around our consciousness until the sentences take shape with time and experience. We can’t write the book of our life until we’ve reached a point of understanding; a reconciliation point or a time to ‘bring it all together’. There will always be unanswered questions but we need to accept this and learn how to thrive with them remaining unresolved. We can’t sit and wait for the perfect moment as we never reach that point and we run the risk of remaining in a constant state of longing instead of a willingness to be here now.crystalwind.ca

Being a broken biscuit isn’t so bad. I had to stop chasing the ‘success’ of my perception of wholeness and instead opt for my own version of happiness. Being imperfect and broken but happy, may, to some, appear impossible or mutually exclusive but that’s the problem as it’s our belief that happiness can only come when everything’s fixed, perfect and right that ultimately creates the unhappiness. It’s also because our perception allows us to consider the notion that imperfect and broken even exist as we try to measure up to this and be better. Life doesn’t happen that way, however much we want it to and the longer we keep ourselves in a holding pattern waiting for the ‘right time’, the longer we deny ourselves the opportunity to live. Yet, this is much easier said than done as it somehow feels instinctively wrong to seek out happiness from the darker nooks and crannies of life. Yet to not do so can mean we condemn ourselves to a lifetime of chasing hope and periods of a deep, intense, hollowness and lack.

I’ve recently been entrenched in a prolonged period of gnawing emptiness. I couldn’t find sustenance or nurturance from life or from my spirituality. I felt like a hollow vessel, unable to fully engage in life but in a kind of sensory overload as I was more aware of every thought, emotion and changing current than ever before. Although I felt hollow, it was really the opposite as I was drowning in a pool of emotion. Anger was the dominant emotion rolling around and erupting from me and towards me. It had no clear source but it’s force and ferocity tore through my heart and soul. The faster I tried to run from this, the more overwhelming it became until I collapsed in a exhausted heap on the floor. I knew I couldn’t outrun or outwit the paradoxical torrent of emotional emptiness, but it didn’t stop me from trying to. I guess it’s an inherently human thing to do.crystalwind.ca

It was only when I realised it was my resistance to feeling the anger that was the likely source of my pain, I turned to it and, instead of resisting it, I tenderly allowed it. I realised my anger was not a force to conquer, run from or eradicate, but a perfectly valid and ‘normal’ response to life. So, I stopped fighting it and allowed it to ebb and flow; in short, I made peace with it and let go. When I let go I saw the bigger picture of my life and instinctively knew the anger was resistance to being the ‘broken biscuit’. So, I took my consciousness back to childhood:

When I was young, we occasionally used to get big boxes of broken biscuits, the one’s that never made the shop shelves. It never occurred to me that these biscuits were inferior in any way as I loved the pick and mix of variety. These biscuits were always such a treat! Life reshaped my prospective over time to see these biscuits as ‘less than’ and this shaped my own beliefs about myself and my health. Of course, this left me in a constant state of want and lack until I couldn’t hold the façade together anymore. So I allowed myself to return to that childhood state of joy and simplicity, and slowly the layers of resistance fell away and equilibrium was restored.

I’d like to say that this process was simple and straightforward but it wasn’t; it took me a long time to let go of the resistance as, over time, it became my safety blanket. I felt safe in the pain because that was all I knew. It therefore took considerable effort and determination to ‘let go’ and this came from diving, head first, into the pain and anger. I not only needed to allow it, but I needed to feel it as well. Resistance becomes a coat of armour over time as it trys to protect us from life but, at the same time, it keeps the pain and emotion trapped inside. In short, our osmotic, symbiotic intercourse with life withers and dies. I lived this way for years, decades even, but when the effort and pain to sustain the armour became larger than the pain itself, I imploded and collapsed. Like an over-stretched plastic bag, I reached the point where I was no longer able to bounce back or return to my former ‘glory’. Instead, I had to let go of my aspirations to reclaim all I’d lost and instead re-focus on re-building my life from this new, rawer, but more authentic foundation. My period of emptiness ultimately led me towards opening up to myself and allowing me to be me.

We only get one shot at this life and, in the scheme of things, its rather short so it’s important we make it count. We need to stop procrastinating over the little things, stop taking ourselves so seriously and allow our emotions the space to exist. It’s time to celebrate our broken bits, imperfect bits and quirky bits and love them wholeheartedly. Falling apart allowed me to breathe and to realise I’m perfectly imperfect exactly as I am. So, let’s celebrate our broken bits and voided warranties. Life is for living and loving, not for perfecting.

+ - Credit Click to collapse
You are encouraged to share articles as long as copyright and contact information are always included.  Thank you for your courtesy. Sarah-Jane Grace www.sarahjanegrace.com
Copyright © 2006-2017 Sarah-Jane Grace. All Rights Reserved
Source Here
back to top
Tweet