The 5 Feng Shui Myths of Flow, Draining and Generating Water

The 5 Feng Shui Myths of Flow, Draining and Generating Water 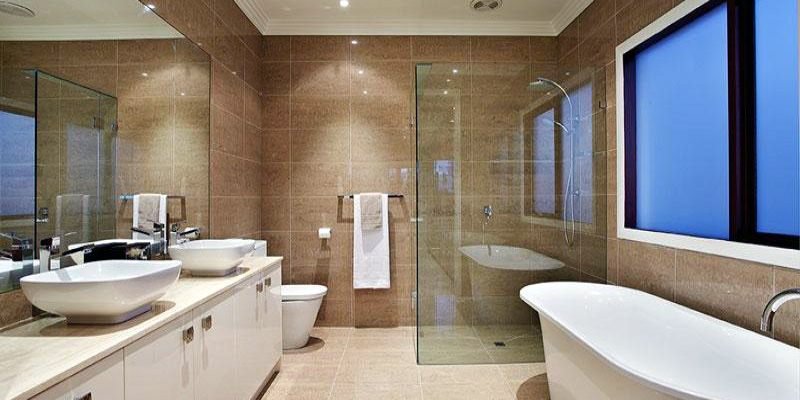 Feng shui is a wonderful living skill that can help you adapt your surroundings so that you are happier, more productive, healthier and more prosperous. It may be an ancient art, but it’s something that should be practiced and adapted to modern times.

One of the aspects of feng shui, though, that is often clouded with misunderstanding regarding water. In particular, there are many myths and fallacies about water that defy practicality, and in truth, make no sense at all. It’s time to unravel some of those mysteries to understand the role of water as it relates to flow, draining, and generating.

Many well-meaning feng shui consultants will say that bathroom energy is problematic and that the “draining” energy of a home’s plumbing can cause problems with health and wealth. The real problem is that they’re applying this art from the negative. They’re worried more about the drain and less about the generation of water.

This is what creates wealth, not the toilet flushing as it was intended to do.

Draining water and bathrooms are essential for modern living, so I say, why not practice feng shui with an eye toward modernity and toward generating water instead of being overly focused on draining water, and in particular, bathrooms, toilets and sinks?

These 5 myths uncover common misunderstandings about toilets, drains, and water so widely dispensed in feng shui.

This simply isn’t true. As a modern society, we know that we need separate water systems for drinking water and for waste water. These are two completely different types of water. Yet, in feng shui circles, there’s a lot of concern around “containing” water and stopping the drain.

This means that people will frequently go to silly and impractical measures to “stop the drain” of water in their bathrooms or kitchen sinks. This puts draining water, like from your washing machine, the water in your bathroom sink where you spit out your toothpaste, toilets, tubs and washing machines on the same footing as our taps. But they’re not. As a person of the 21st century it’s important to think of applying feng shui for the times.

Myth 2: Water should not drain from your house or you’ll lose money, energy, health.

Let’s think about this…. do you really want the drains in your house to stop? As people living in a modern society, would we want to live without running and draining water? I for one wouldn’t. We have to practice feng shui from a position of practicality and good, common sense and with today’s sensibilities, and closing up your sink drains simply is not practical.

The water that goes down the drain, sink, tub, or toilet is water we want to drain. 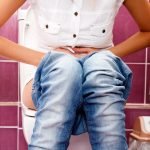 You want the toilet to drain just like you need to empty your body of waste — because constipation is not fun or a sign of good health.  Your home (which is an extension of yourself) needs to release its waste, just as you do.

The bigger concern is that we take our focus off the draining water and think about what we can do to produce more generating water, like from fountains, water features, pools, and aquariums. This is active, yang water — the type that brings prosperity, so there’s no need to worry over toilets, sinks, and tubs. Just close the bathroom door.

It’s important to distinguish between flow and drain, and to understand that they are water of two different qualities. You need water to flow around or away from your house or you will have water running in your house — never a good thing.

Flowing water that runs in front of your house and is carried away by water spouts, pipes and ditches is beneficial and actually represents water flow. The more serious concern is when water is flowing at the rear of the house. This is symbolically like standing with your back to the ocean, never a good sign.

If you have flow at the rear of the house, this is when the water becomes a drain. Why? Because having water behind you is a drain and in front is flow.

But handling this kind of drain is simple by adding a small stone wall at the rear of the property or some plantings. Both the earth and wood elements help to contain the water energy at the back of the house so that health or money issues don’t become a problem.

Myth 4: Red ribbons will stop the draining energy or toilets and sinks. 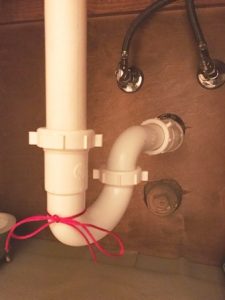 Using simply 5 Element Theory, red is a color that activates, so in effect,  you are actually activating the drain if you have sinks, pipes or toilets tied with red ribbons. Further, it’s a clash of elements from the ribbon’s red fire energy and the drain’s water energy.

Myth 5: Sinks and plumbing are a source of drain.

Let’s put drain in perspective. Toilets, tubs and sinks all drain — but they’re supposed to — that’s their role. The real concern is when your source of generating water is leaking; this is the real drain. If you have leaking taps and faucets, you’ll see a drain on your health and your finances.

Faucets and taps are a source of generating, clean water, and they should never leak because they create a drain on your life, so watch for running toilets, dripping faucets, and leaky taps.

Many times if there’s a problem with spending or an abundance of bill, the source is frequently a leak.

Think about practicing feng shui for today’s times and with an eye toward common sense and practicality. If you have red ribbons and red dots on toilets, pipes or other plumbing fixtures, take them off. Then, do a thorough check for water leaks followed by the installation of a lovely fountain with beautiful, activated flowing water.

Putting the focus on the water that is supposed to drain and not on generating water is the mistake. Set your sights on keeping bathroom doors closed, un-activated, and creating more generating water around your home for increased abundance, wealth and income. That’s when the feng shui magic happens!

Kathryn Weber has over 20+ years of feng shui study, practice and professional consultation. Her witty, no-nonsense style appeals to audiences, making her a popular speaker and radio show guest. She is often called on by media to explain feng shui in down-to-earth terms, and has been featured in Seventeen, First for Women, Faces, Conceive, Martial Arts Professional, and Natural Health magazines, and on websites around the world.
Source