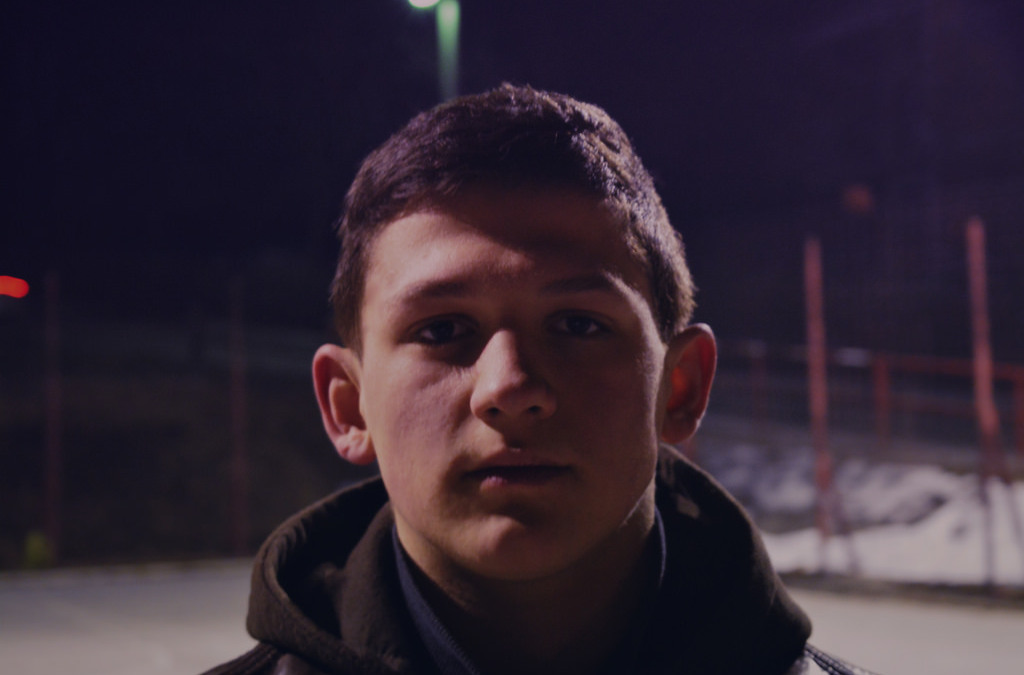 I read the following story and was moved to share it here. We do not matter!  ~Andel

I was in a meeting of Alcoholics Anonymous tonight; a woman spoke up. Her name will remain anonymous, but she shared something very deep. Sometimes at meetings related to recovery you hear someone really going through the thick of their addiction – someone trying their best to quit. This woman shared about how she wanted to kill herself, how her life was over, how she is not meant for this life. She shared that someone was online bullying her via Facebook. The room became silent as the mood generally shifts when someone shares something as heart wrenching as that. You could hear the depression, the anguish, the suffering, and the hopelessness. In other words, it sounded like periods of sobbing filled with other sequential periods of silence.

Being in recovery myself, and really loving it, I put my hand out to this woman. “Hey, I want you to take my number down, call me if you every need anything, whatever it is.” We ended up talking for a little bit, I tried to assure her I knew how she felt; the pain of addiction is one unlike others. I asked her if she needed a ride, she told me she was going to walk back to her store. I told her to get in my car and I would give her a ride there. Her store was right around the corner – an art studio.

Art studios are always so messy for some reason. A reflection of her? Maybe, but there was also a very calming, homey, feel to the whole place. So, I would like to think that is a reflection of her, too. We sat down and talked. She cried, and she cried, and she cried. She showed me the nasty messages a woman sent to her, about how she’s a slut, a cheat, a liar. She explained to me she didn’t think she was meant for this life, she just thought she was put here by mistake; I wouldn’t want to go back to that feeling for anything in the world. She told me she had three young kids who she absolutely adored. However, a failing marriage and a husband she hates and cheats on.

Here was a forty-three year old woman, talking to a nineteen year old kid. And yet, I had felt all that pain she was talking about in one form or another, many times throughout my life; drug addiction and depression are the hardest battles, because they are battles within yourself. I found myself mainly at a loss for words, I told her it was never too late to change, that she could get sober, that she didn’t have to feel that way, that there is a way out. So, I just sat there with her. I didn’t want anything from her; I didn’t want money, sex, or anything of the like. I just wanted her to be safe; I wanted her to be okay. Most of all, long term I want her to be happy.

She had calmed down some, “You know, no one has ever taken the time to do anything like this for me.” “Well, now they have”, I replied. She promised me she wouldn’t drink or do anything to hurt herself, just for tonight. “That’s all I’m looking for.” I left and got into my car.

There was a time in my life where I was in a wilderness-program where you are in the wilderness for a period of time; it’s an ass kicking for the bad kids. I proceeded to go from treatment center to treatment center, for two years against my will (I was sixteen so I had no say in the matter). One night, we were sitting by the fire and I forget what I had done or what the situation was, but the group was focused on me. I remember saying, “I feel like there is a better Tom inside I just feel like he’s hidden right now.” The group responded with, “We don’t think there is.”

She could be drunk right now; she could’ve drunk herself to death (I’m writing this thirty minutes after all this, mind you.) Or maybe, just maybe for one more night I saved that ladies life. In turn, I saved her kids life. Maybe this is the start of a new beginning for this aged, beautiful soul. The unfortunate part with addiction is that you never know, so I do what I can.

The existential bummer of this entire existence (life, consciousness, reality, what have you) is that it doesn’t matter. Today in philosophy club at my community college we were talking about suicide and the ethicality of that. A boy raised his hand and said, “Well, it really doesn’t matter, we’re a blip in the universe, anyway. We’re just floating on a rock in the middle of nowhere.”

He’s so right, that is one of the truest things that could ever be said. However, I raised my hand and spoke up. The following couple paragraphs sum up how I responded, but a little more elaborated.

It’s that same logic, you know, that helps me be a better Tom on a daily basis. The truth of the matter is, I just don’t matter. Neither do you, sorry but you don’t. In fact, one day everything you know will be gone. All the people you love, all the life on this planet, everything. Hopefully, things and people we love don’t leave us too soon.  I, in a way, did experience that. I lost everything I knew, and when I came back, it didn’t seem anyone gave a damn. All of a sudden it became that journey became the past, everything I had just gone through was written off, and I was supposed to just go to college, get a job, get in line. No one got it, and I was once again, even in my hometown, the place where I thought I would come back and everything would be fine; I was alone.

Through those experiences, I didn’t learn how to stay sober. In fact, the night I came back to my hometown I was drunk and high. I didn’t learn how to manage my emotions, considering I got kicked out of every facility I was sent to. I learned that the world just keeps on spinning with, or without, Tom. My friends grew up while I was stuck in a time capsule; I even lost my first love. Everything I was looking forward to from coming home was slowly fading away with every new place I was sent. I learned I just don’t matter that much.

I left and I got back into my car, I lit my cigarette and I became teary eyed. They were wrong. That wilderness group was wrong, those treatment therapists were wrong. Those guys at the sober living were wrong, the friends who left me and claimed I was a fuck up, were wrong.

The most beautiful, incredible, extraordinary part of it all is none of it matters; I do it for nothing, I live for nothing, and I’m a helpful human being to you for no purpose at all.

Tom Ventura
This story was contributed by Tom Ventura.

What If We Got Rid of Offices?

Cmdr Ashian: What to do before the Big Step