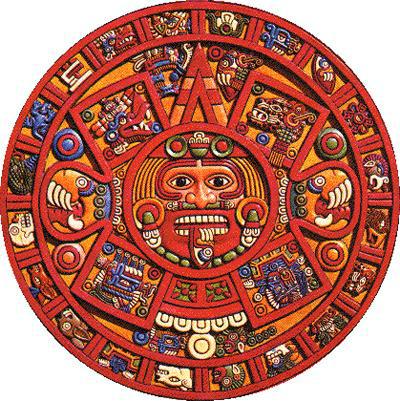 The number nine has been endowed with a special significance in many different spiritual and religious traditions. Nine was the number of muses in Greek mythology and Nine were the number of worlds in the Scandinavian. Nine was the number of doors to the holiest part of the temple in Jerusalem and the month of Ramadan is the Ninth in the Muslim calendar. Moreover, the counting system used by most of the world today includes nine numbers and so the relevance of this number is much ingrained in us.

Also, in the Mayan tradition the number Nine plays a predominating role. The only existing inscription from ancient times that discusses the meaning of the Mayan calendar “end date” for instance speaks of Nine “deities” that will descend then as its crucial event. This would in modern wording mean that Nine energies, or Nine cosmic forces would fully manifest then since the ancient Maya would look upon time periods as “deities”. As far as we can tell these “deities”, or cosmic forces, are like evolutionary wave movements, built on top of one another where we are currently riding on the eighth one getting ready to ride on the ninth. 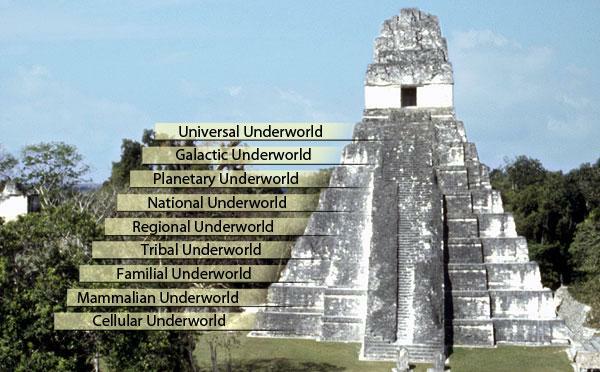 The Nine Cosmic levels (Underworlds) that according to the only existing Mayan inscription about the calendar end date (Tortuguero monument 6) will manifest then. Currently we are in the eighth level (The Galactic Underworld) gearing up to the Ninth and highest level, the Universal Underworld. Photo of the Pyramid of the Jaguar in Tikal by the author.)

In the manifestation of these evolutionary waves we may now as we approach the Ninth level notice an amazing synchronicity. This is that the upcoming date 9.9.9 (September 9, 2009 in the Gregorian calendar) happens to coincide with the beginning of a Mayan Sacred Calendar count of 260 days. Hence, in this calendar, in use since 3000 years, the modern date 9.9.9 has the energy of Hun Imix, or 1 Alligator as its English translation reads, which happens to be the first of its energetic combinations. If we ponder what this synchronicity may be telling us the most natural conclusion to draw is that on this particular date we are called to focus on the number nine and especially the Ninth level of the Mayan calendar system, whose coming into existence we are soon about to witness.

I believe that behind these cosmic forces, whose times of activation are described by the Mayan calendar, is an intelligent plan for the history of humanity that comes from a higher source and has a benevolent intention. To realize this is also to understand the importance of the guidance regarding how to follow this plan that we may gain from the calendar of the Maya. These nine cosmic forces are influencing and in fact governing our collective consciousness and so we have every reason to pay attention to what is going on in this cosmic time plan.

Synchronicities can often be interpreted in different ways, but if they are profound they always deserve our attention. 9.9.9, three Nines in a row, may for instance be seen as symbolic of three sacred calendar rounds of 260 days that will now in three steps lead us to the completion of the Ninth level of evolution which is its highest level. To the best of our knowledge this highest energy state of the universe will be attained on the energy 13.13.13.13.13.13.13.13.13 13 Ahau (13 and Ahau are symbols of completion in the Mayan calendar) on the Gregorian date October 28, 2011. This highest state does not in any sense mean the end of the world, but only that all the Nine wave movements are then completed. Maybe we can use the metaphor that we are now about to climb the last hard steps of a ladder until we climb on to the roof where we will find a new stability under our feet and a place to rest.

Regardless of what this final climb will mean we thus have reasons to expect an unprecedented period of change in a very short period of time. This is partly because we are entering the final phase of the eighth level of evolution and partly because a wave movement of a very high frequency, the Ninth level, will radically come to transform the collective consciousness in such a way that we will see the world in an entirely different light. It is for this reason that in the three upcoming Sacred Calendar rounds that follow upon 9.9.9 we will need to network and focus our intentions so that they converge in the birth of a new world. This is all the more important as there are several sources that seem to indicate that the sixth night of the Galactic Underworld, beginning on November 8, 2009, may come to generate a deep downturn in the world’s economy.

The first of these 260-day Sacred Calendar rounds, the one which actually begins on 9.9.9 and goes on until May 26, 2010, may be seen as a period of build-up to the Ninth level that is suitable for prayer, meditation and mental focusing. We encourage community building, networking and spiritual synchronization in this time period, also of a practical nature. The second 260 calendar round, starting 27.05.10 will create a preliminary arrival of the Ninth level and the beginning of this will be marked by the Cosmic Convergence, July 17-18, a significant focus point for spiritual projects of a practical nature that will prepare for the birth of a new world. The third Sacred Calendar round of 260 days will begin February 11, 2011 and includes the actual activation of the Ninth level, the Universal Underworld on March 8, 2011. This may be the most dramatic of the three steps as it leads up to the establishment of the highest energy state of the universe on October 28, 2011.

I believe that through these three steps, three Sacred Calendar rounds, starting on 9.9.9: 1/ Build-up, 2/ Preparatory Ninth level and 3/ Actual Ninth level of the evolution of the cosmos, the universe is now about to deliver what it has been striving towards all along, the establishment of a new level of consciousness, a unity consciousness. I also believe that the Ninth level is designed especially to generate such a unity consciousness, which will transform all of human society. For the human race it will mean very big challenges and opportunities. These changes will however not happen by themselves and need to be manifested by the human beings themselves who may then chose to resist or welcome them. From this perspective we may thus look at the date 9.9.9 not only as a numerological curiosity to celebrate, but also as an opportunity for us to focus on and embrace the participation of humanity in a transformation process of a very large scale, the one brought by the Ninth level of the Cosmos.

From what we may understand of the Mayan calendar the unity consciousness will set an end to all forms of dominance of one human over another and especially those generated by the left brain. What this likely will mean is that instruments of dominance, such as the current financial system, weapons, national borders and many other structures upholding authority in this process will come to crumble as an effect of this unity consciousness coming into existence and so conclude with the birth of a new world where a divine harmony characterize the human relations. This end to dominance will also affect the relationship between the genders on a global scale that as a result will profoundly shift. Needless to say, there will never be any return to business as usual. Instead we will need to approach the birth of the new world consciously and with an intention of co-creating it in a positive sense and not just react to the various difficulties that lie ahead. I believe that such a collective intention of co-creating the new world will be the best way of easing the consequences of these difficulties.

Although what is starting on 9.9.9 is only the build-up phase to the Ninth level, this date is nonetheless a very important focusing point since the timing of the continued preparations for the emergence of this level are of the essence. From this follows that the more practical projects that will start to manifest in the Cosmic Convergence, July 17-18 2010 as the name implies, will have to be based on an understanding that the very framework of the human existence and of consciousness will be dramatically expanded. The expansion of human consciousness is what will bring the socio-economic transformation at a time when the hardships of the old systems may be expected to be painfully felt also by nations that currently may been considered as wealthy. As the Ninth level is finally activated our identities will come to be defined in a much expanded spiritual framework.

This article comes much too late to encourage people more broadly to focus and intend together for the future. Nonetheless, many will celebrate the 9.9.9 date regardless. The purpose of my present article is then only to inform those that will be celebrating this date anyway, that indeed this is not just a numerological curiosity in the Gregorian calendar, but that the date plays a profound objective role in the cosmic plan as we may understand this from the Mayan calendar directly leading up to the birth of a new world through the Ninth level, 9.9.9. It is an ideal time to participate in prayers and meditations with the focus and intention of co-creating a new and better world. Additional tools for networking and communication with the focus on the Cosmic Convergence, July 17-18, 2012 will be developed as we go along. 9.9.9 may be seen as an initial and modest initial call for the co-creation of the birth of a new world.